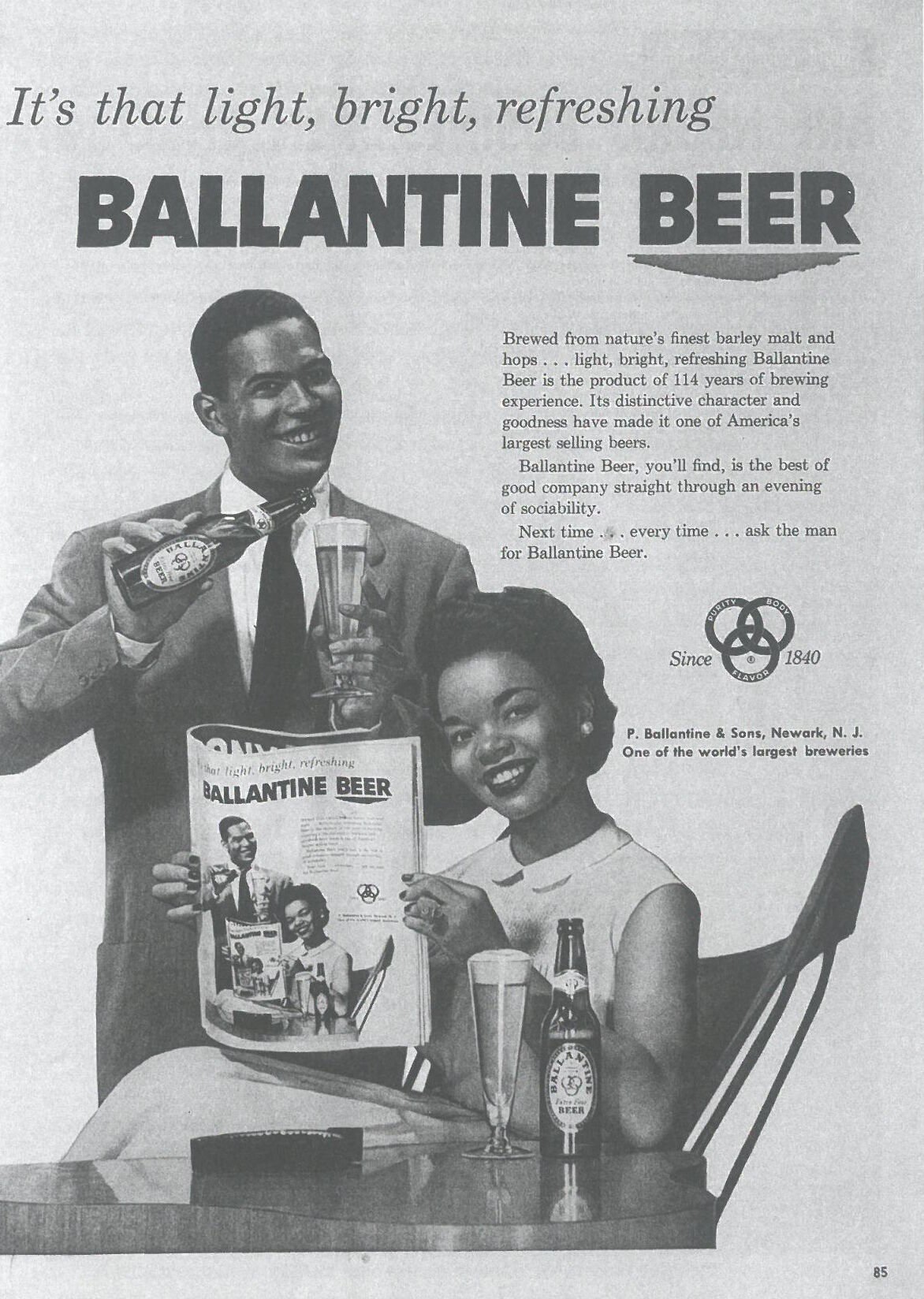 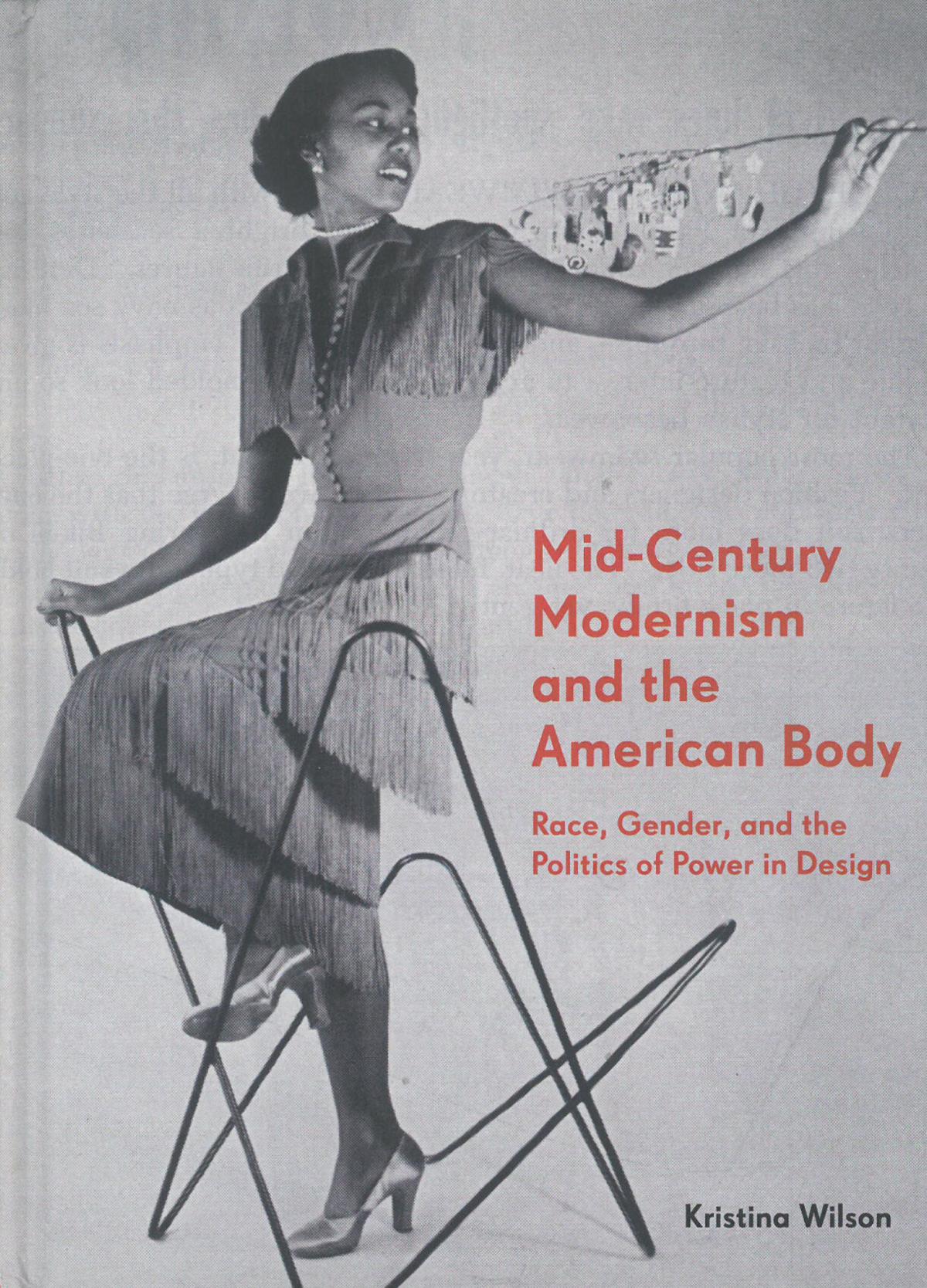 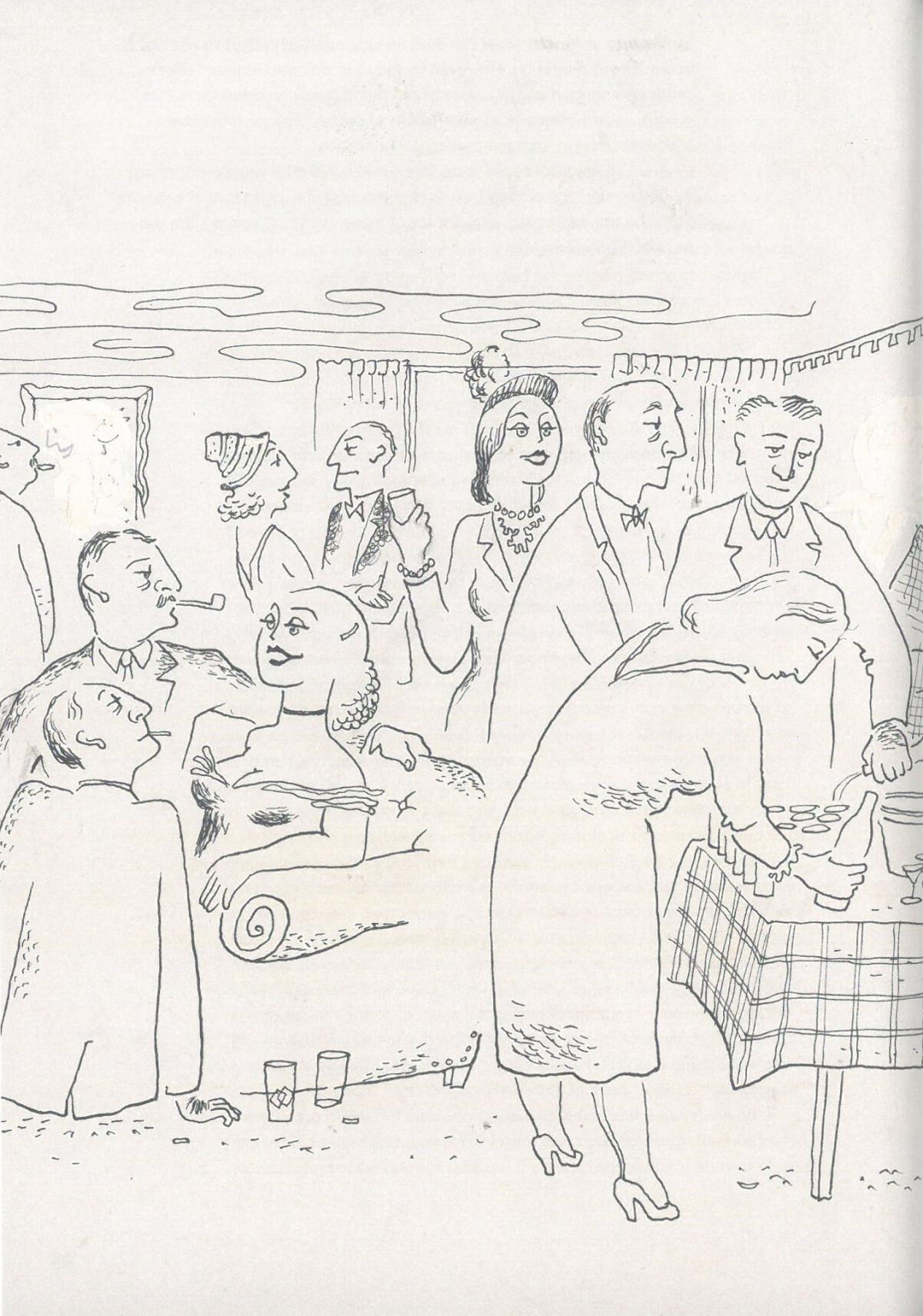 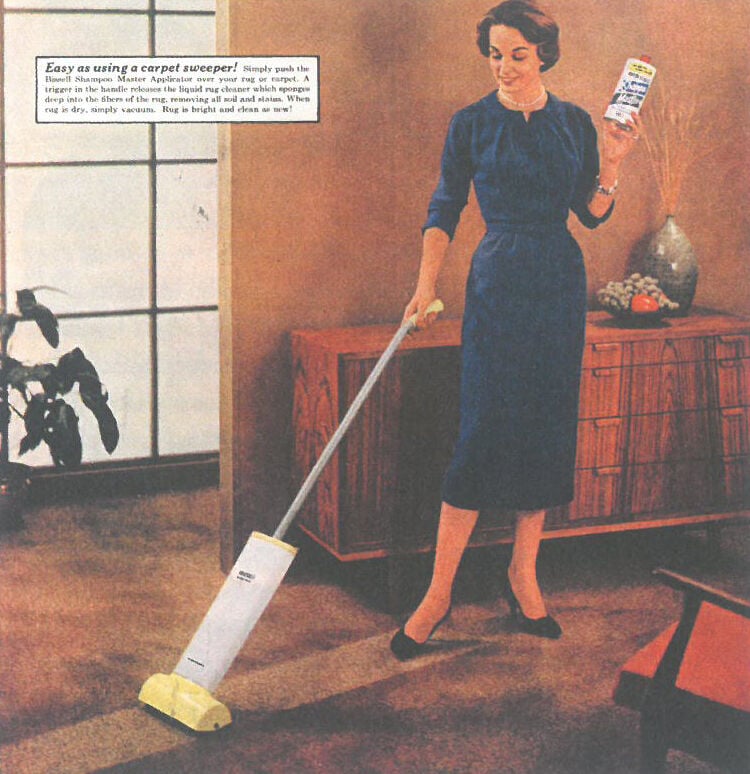 ‘Mid-Century Modernism and the American Body, Race, Gender, and the Politics of Power in Design’ by Kristina Wilson critiques the Fifties through: books/magazines, home/furniture designs, manufactured Kitsch, which consumers purchased or at least lusted after. It was a time of acceptable discrimination, but was the merchandise embedded with White-ness, further promoting a segregated society?  And did non-Whites crave the dominant society’s schlock, instead of promoting their own cultures? What about the status of women?

Post-World War II was not the first age of American racism, but it was the first generation to own televisions, which blasted consumerism, but also inequality, into living rooms.

Black men returning home from combat had little access to the GI-Bill that provided an educational/career path to the purchase of a home with all the trappings. Wilson writes, “African Americans fought to defend the freedom of the American ‘lifestyle’ in the military across Europe, only to return to a White-dominant society that did not grant them the same levels of freedom as those perceived to be racially White (64).” Women who became breadwinners on the ‘home front’, often working in munitions factories, were now encouraged to be stay-at-home suburban housewives, reinforced by TV heroines: ‘Donna Reed’, ‘June Cleaver’.

Post-War house construction boomed as veterans married quickly, and produced baby-boomers (like the writer of this column). The open floor plan with a kitchen/living room and finished basement turned playroom complete with TV/stereo and bar, replaced nineteenth century small parlors and dreary kitchens by a back door.  A desk was designed into kitchen counters so women could have space for meal planning and sewing-- homemaker for her tobacco-smoking/newspaper reading husband, who was told not to lift a finger after his 9-5 job.

Periodicals pitched at women gave instruction on how to be the perfect hostess. As Wilson suggests there was a degree of not only ‘pressure and control’ upon readers, but ‘shame’ if she didn’t comply with what to cook, dress and how to decorate (39).  The White housewife kept a spotless home, ready for viewing; her Black counterpart was deemed physically and emotionally dirty and kept invisible (14, 18).  Wilson quotes from ‘American Magazine’, “White Americans have a reasonable basis for their prejudice against the Negro race, and if that prejudice is ever to be overcome it must be through the efforts of individual Negroes to rise above the average cultural level of their kind (58).”

Wilson suggests Blacks were torn between copying Whites and being culturally unique. “Black culture seems to merely mimic White culture, in other advertisements we see an effort to establish a Black American upper- middle-class lifestyle and class identity on its own terms, outside the polarizing landscape of racial identity (99).”  Enter ‘Ebony Magazine (1945)’ which evolved as a copy of ‘Life Magazine (1936)’, both promoting Modernism.  Wilson writes, “Is it possible that Modern design, when understood within the context of mid-century African American consumer culture, resonated with associations different from those it evoked within mid-century White American consumer culture (70)?”  Wilson continues, “Yet both magazines promoted a view of middleclass living anchored by homeownership, and a community composed of fellow consumers (71).” Sometimes there were differences. When ‘Life’ referenced Black artists it insisted that, “African American artists are expected to depict African American lives and are expected to speak for their race, first and foremost (81).” Similarly, White women artists were ‘not a voice for universal experiences (136)’. This conversation continues today; now White artists are chastised for employing non-White narratives.

Wilson suggests, “Modern furniture, with its simple forms, tended to evoke the lifestyles of the suburban, White, college-educated, White-collar upper-middle class, or upper class (122).” Here Wilson’s thesis may be lacking, as some Post-War suburbanites wanted a more classical look, which they often inherited. Inheritance possesses its own significance, not mentioned in this tome.   Modern furniture, especially copies, was found in beach/ski second homes or bought for college dorms.  The book also omitted Jewish communities which were strong proponents of Modern design.

George Nelson’s Butterfly Chair became a classic in many prices. On the cover of ‘Mid-Century…’ the Butterfly is stripped to its steel frame as a Black model uses it as a prop (Cover). One could argue that the image is a metaphor for Black people not being allowed to obtain all that was Modern —visualized by the incomplete chair.

The Post-War cocktail party spurred manufacturers to make a variety of glassware, often designed with White imagery. The hostess was expected to display ‘decorative knickknacks that accessorize a living space’ to impress guests (179).  Knock-off Native American and Mexican folk art, easily mail-ordered from catalogs, made the host a connoisseur without leaving home (189). Wilson writes, “While Modern interiors…may have incorporated indigenous non-Western artifacts, the accent pieces were supposed to be the products of racial others, demonstrating an enlightened aesthetic awareness on the part of the Cold War citizen/consumer/traveler. Indeed, handwrought expression was acceptable in a Modern interior in either a decorative object made by a racially distinct group or, alternatively, in a painting made by a White, male American fine artist (192).”  Wilson explains, “These objects advertised much about the journeys and self-sensibility of the White collector, but they are rarely part of a deeper examination that respects the differences, histories, and traditions of the societies from which they are taken (204).”

Much Modernism actually came from Scandinavian and German immigrants, who brought to America minimalist styles,  that originated as a backlash against European aristocratic décor.  Wilson says, “a fully abstract design eschews historical reference through its form, composition, and ornament [or lack thereof] (126).” Is it possible that Modernism flipped when it came to the new world and became the genre of the elite? And it’s ironic that minorities, who could not afford Modern furnishings, were often factory workers making the products.

Mid-Century Modernism…’ is a worthwhile read, although at times feels like a first draft, with too many ideas hurriedly inserted and not rhythmically flowing into subsequent chapters. However, the task to investigate whether Modernism was steeped in racism is a very complicated, unanswerable undertaking.  ‘Mid-Century…’ scrutinizes Modern design manufactured in the Post-War Jim Crow, and anti-Feminist decades. Their continual appearance should make readers think about the ‘then’ so they can improve the ‘now’.  ‘Amusingly, this reporter learned why she is not a perfect housewife!

Mini Sleuth: Thank you Jodi Price at Princeton University Press. ‘Mid-Century Modernism and the American Body’ by Kristina Wilson is on Amazon.

Jean Bundy is a writer/painter living in Anchorage