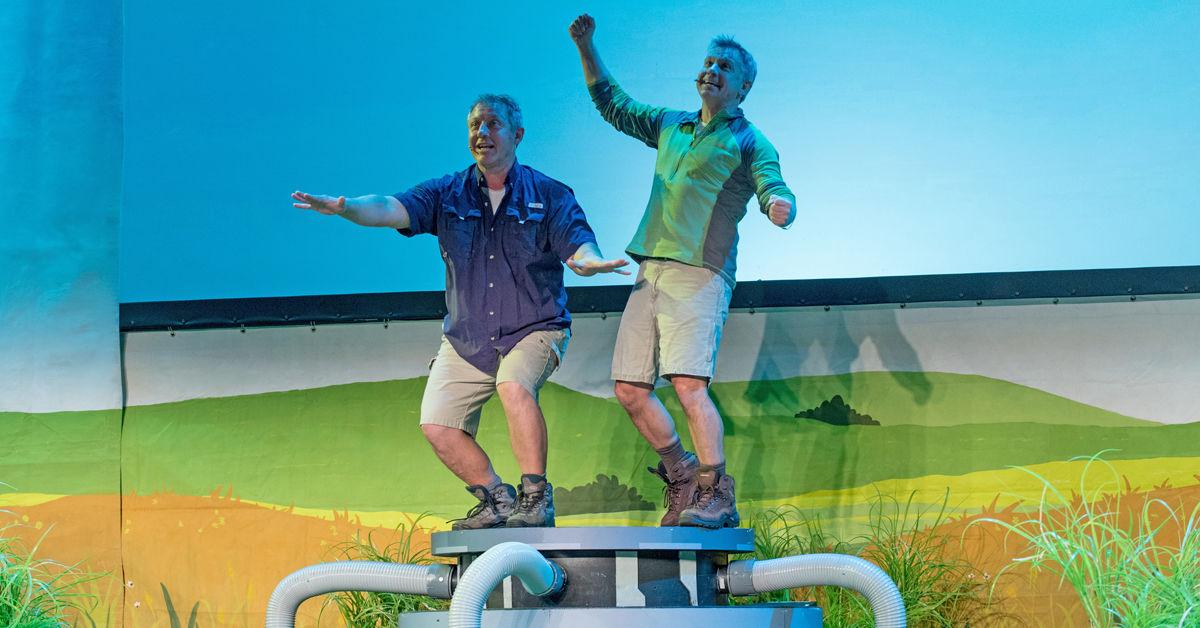 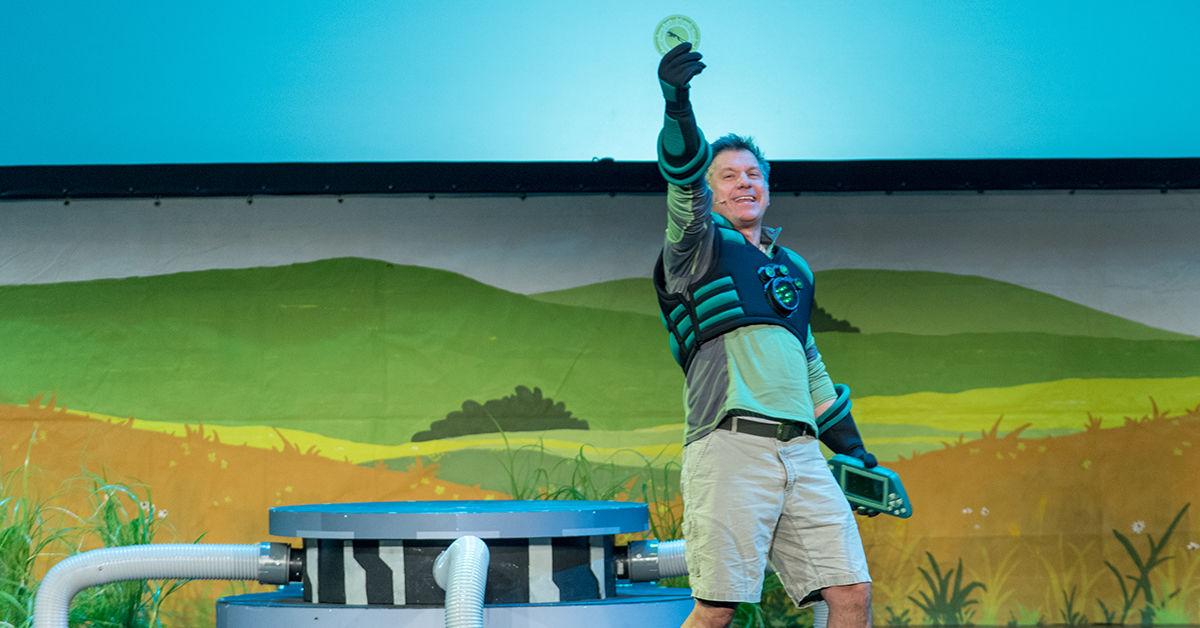 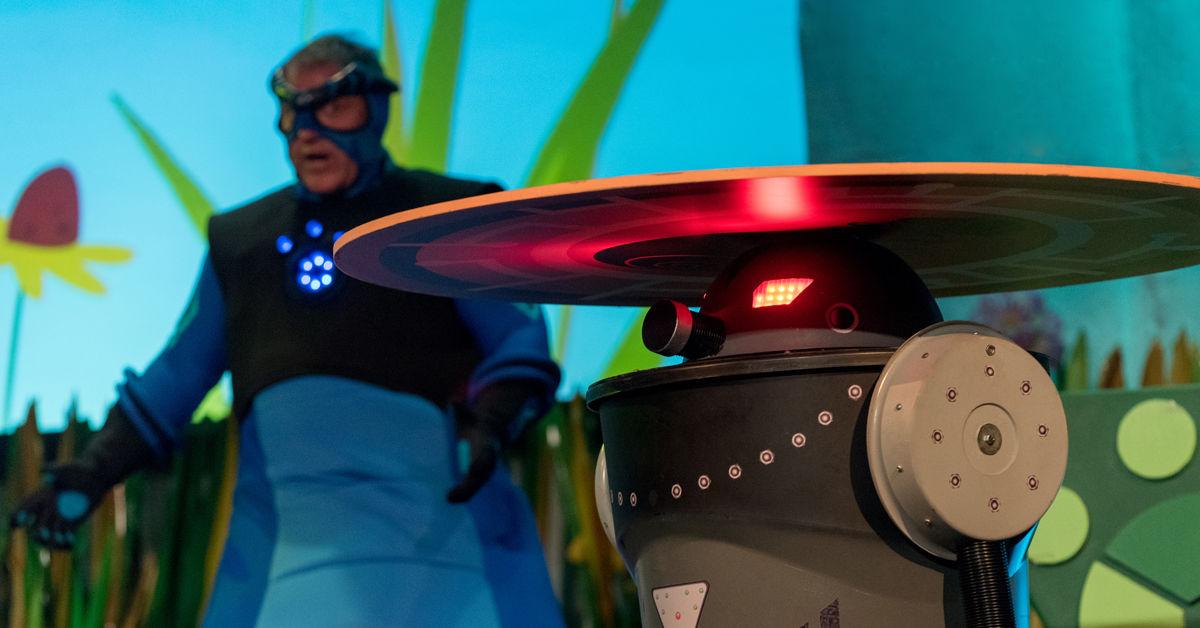 Mixing science with adventure, animation and advocacy, brothers Chris and Martin Kratt have developed one of the most popular and intellectually nutritious shows on public broadcast.

Since 2011, ‘Wild Kratts’ has aired on PBS, though the brothers have been doing a version of their show since 1994, and in recent years, they’ve taken Wild Kratts on the road, doing live shows for their fans of all ages.

This Friday and Saturday at the Atwood Concert Hall, they’ll make their debut appearance in Alaska, kicking off the season for the Anchorage Concert Association, but it’s far from their first trip to the Last Frontier.

“We’ve done a lot of filming in Alaska and some really memorable expeditions,” Chris Kratt said on a phone call from Ottawa. “We filmed at Denali and Katmai, too, was one of my favorite places in Alaska. We filmed brown bears for a series we did with National Geographic and the CBC. We stayed there for a couple of months there filming the bears; we’ve been to Round Island with the walrus places; we’ve been to Juneau and Kodiak Island — some real nice spots and there’s plenty more to visit.”

The concept of Wild Kratts is to tell stories of saving animal species from fictitious villains, all the while teaching the audience details about those animals.

Kratt said switching from animation to stage acting isn’t so hard as it might sound to perform, or for audiences to follow.

“The live show takes what kids really get excited about with Wild Kratts, which is we look at animals in terms of ‘creature powers,’ that suits the special ability the animals have,” he said. “Kids really love the idea of, ‘what if I could run as fast as a cheetah or climb the walls as fast as a gecko.’”

Kratt said the live show encourages the audience to participate in the adventure on stage.

“They actually help us on the adventure — it’s an interactive show,” Kratt said. “The audience can sometimes get loud and we encourage feedback shouting out things along the way. It’s really fun in that way; together we can learn more about animals.”

Love of science and animals started for the Kratts spending summers camping in fields and pop-up trailers, searching for animals all day long.

“We called it ‘creature venturing’ in college. We knew we wanted to do something with animals and wanted to make wildlife documentaries,” Chris Kratt said. “We grabbed a video camera and started filming in Costa Rica and Madagascar and started making these wildlife videos. We took them around to schools and showed them to the kids and the kids had great reactions. We kept making more and it was through that process that we developed our style of bringing the viewer along. We added some pratfalls along the way and so we developed our style to where eventually we were able to get our first TV series. Since then, we’ve continued to develop our style.”

That started some 25 years ago, and touring the world with their live shows (Wild Kratts has aired in more than 20 countries), the Kratts run into adult fans who were raised on their shows and now have children of their own who also watch.

“It’s really cool to see that because we also get a lot of comments from parents. They thank us for our show because they can enjoy it with their kids; it’s kind of brought their family together around creature-adventuring,” Kratt said. “When you can see the kind of impact it’s having on kids, it’s gratifying for all of us. We’ve had kids raise money through lemonade stands and donate to animal causes. We’ve had a kid go on campaigns to educate towns about pangolins and raise money after he saw our pangolin episode about how endangered they are. There’s so many examples of kids watching the show and wanting to help.”

As with any show aimed at kids, part of the writing strategy is to make it interesting for their parents, also, a dynamic called ‘co-viewing’ in the business.

“We’re parents ourselves and we definitely like to think of our material as being accessible to any age group,” Kratt said. “We’re not satisfied with just the basic animal info about what they eat… we want to dig, always, for the coolest facts about these animals. What can this animal do better than any other animal?”

Wild Kratts is also an advocacy show, but Kratt says the message has never gone to a place that’s notably political or confrontational, and he’s grateful for that.

“We’re just telling people about the animals we share the planet with and it’s up to our society as a whole to determine how badly we want to protect these animals,” he said. “Hopefully, the first step in any decision-making is understanding the issues and hopefully we’re giving kids a basis of understanding nature and the world around them as they grow to become decision-makers.”

Humor, and particularly silly humor has been useful in keeping Wild Kratts from becoming too preachy or gravid.

“We do some slapstick comedy that kids like a lot,” Kratt said. “We work hard on the stories and make storylines that really sort of weave in the animal information in a seamless way with really good characters that are role models for kids and we have comic villains that are not scary. All of those elements combined are the way we look at the animal world.”

Friday’s show is at 6:30 p.m. and Saturday there are two shows, one at 1 p.m. and the last at 4:30. Tickets are available at anchorageconcerts.org.