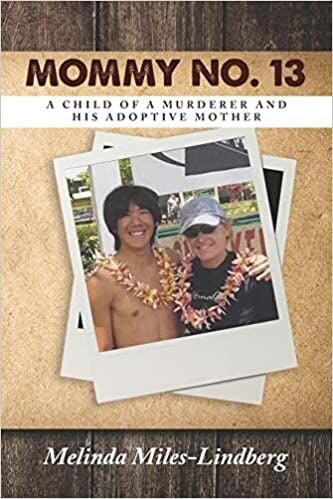 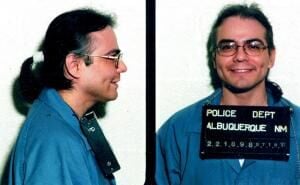 The saga of Melinda Miles-Lindberg is as Alaskan as you can get. She spent three decades in Anchorage as an attorney, ran the Iditarod, adopted three non-white children and raised them to adulthood. Along the way she was married to a man, decided she was a lesbian, moved in with a woman, and then moved to Panama where she now lives.

All of these would have made her book interesting but what makes it unique is the son she adopted was the son of a murderer. And not just any murderer. He was one so famous not only can you find him in multiple stories on Google but he and his bizarre case has been on the national forensic and true crime programs. The father is Diazien Hossencofft, currently serving life, plus 60 years in prison – though it is unclear how he will serve the 60 years.

And that last statement is the only lightness in this review. To understand the impact of the book it is necessary to know the facts regarding Hossencofft. Born in Houston, Texas, as Armand Chavez, he made his living as a conman. He claimed to have been a thoracic surgeon who had been to medical school in Tokyo and Cornell. He also claimed to have been a geneticist, had cancer cures and could cure aging. He had his son in 1996 with a Japanese woman – now Miles-Lindberg’s adopted son – and married a Malaysian woman in 1999. Even though he was married, he proceeded to be engaged to three different women including Linda Henning.

Then the story gets even more bizarre. The following is a direct quote from reddit:

“According to CNN, in the summer of 1999, Henning met Diazien Hossencofft at a seminar led by conspiracy theorist David Icke. Among Icke’s beliefs is that the world is controlled and manipulated by an “unseen” global network, who he has previously identified as inter-dimensional, pedophiliac, shape-shifting reptilians that include most of the world’s ruling elite—from George Soros to the British Royal Family. Hossencofft told Henning he was a doctor and former member of the C.I.A. He made his money treating rich women by giving them vitamin injections that he said would stop the aging process and in some cases even cure cancer. According to court documents, he also claimed to be an alien and to be immortal.”

Hossencofft then convinced Henning he would marry her if she would get rid of his current wife, Girly Chew, a “reptilian queen” and allegedly killed her and ate her body. Hennings was sentenced to 73 years in prison. Hossencofft’s wife’s body was never found. Again quoting from Reddit: “Henning’s cellmate tells, when Henning was asked what she did with Girly body- she made eating gestures.”

Though gruesome, these details are important to MOMMY NO. 13 because the author goes into excruciating detail what it was like – and probably still is – to tell a child exactly what an inhuman monster his father was. Not only is there the reality of the impact of the truth but the lingering doubt for both son and mother as to how much of the genetic imprinting may be with the child.

This book is be a must-read for students of psychology because it offers an inside look at the impact – immediate, short term and possibly long term – when a young person is handballed with not only an unpleasant reality of their origins but having to cope with the possibility that dad’s shortcomings may be in their genes.

The dedication to her book says it all: “Sam – may he find his way home.”