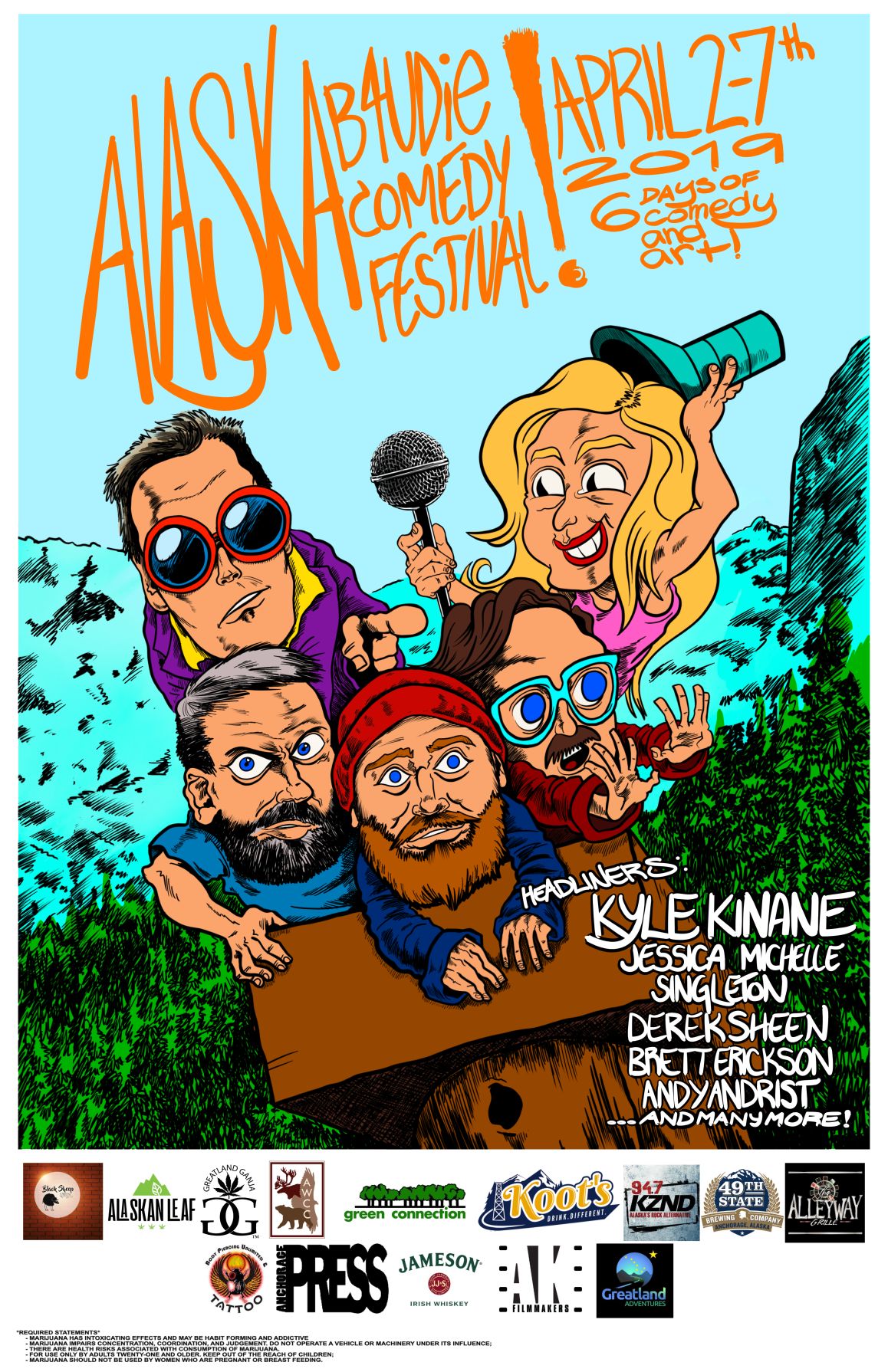 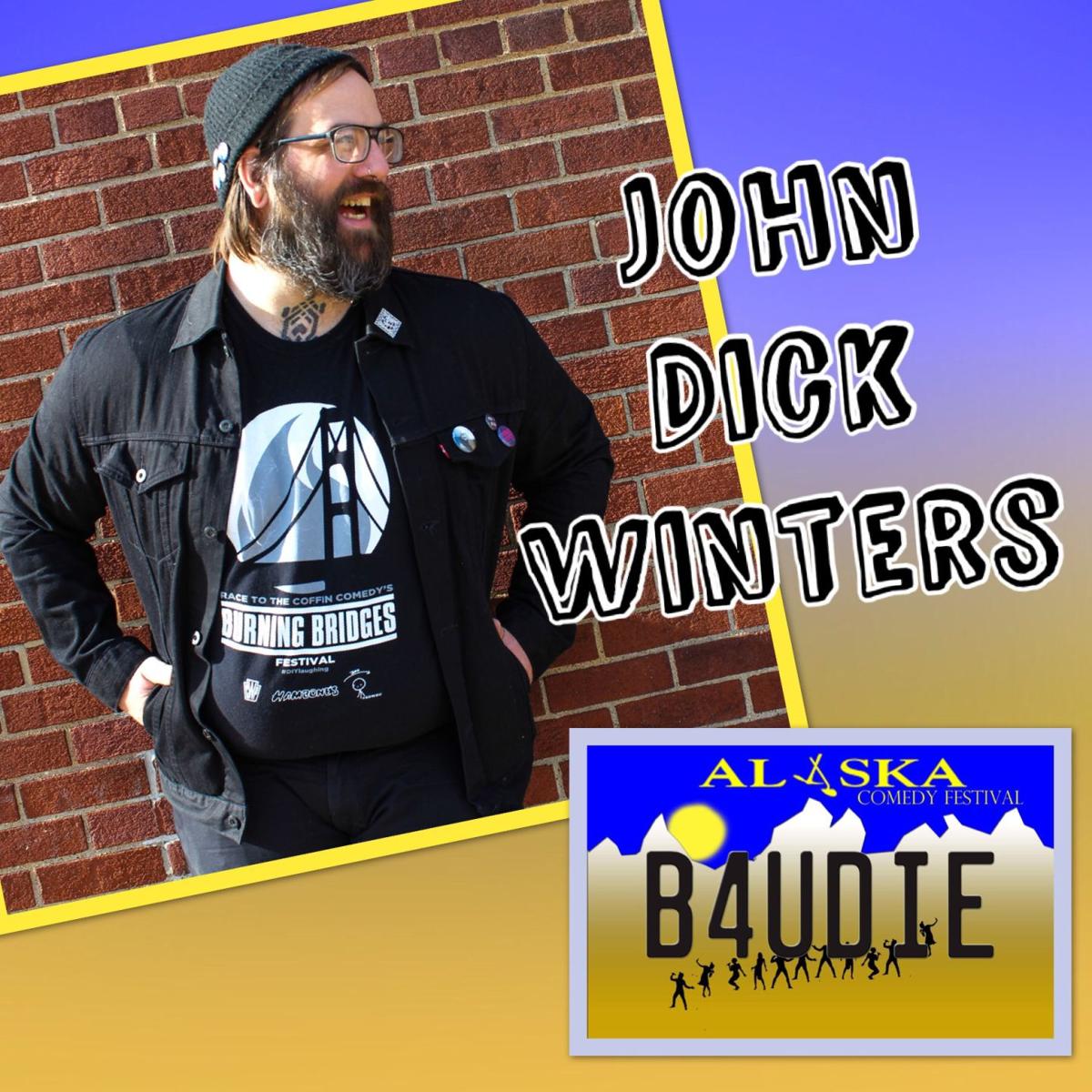 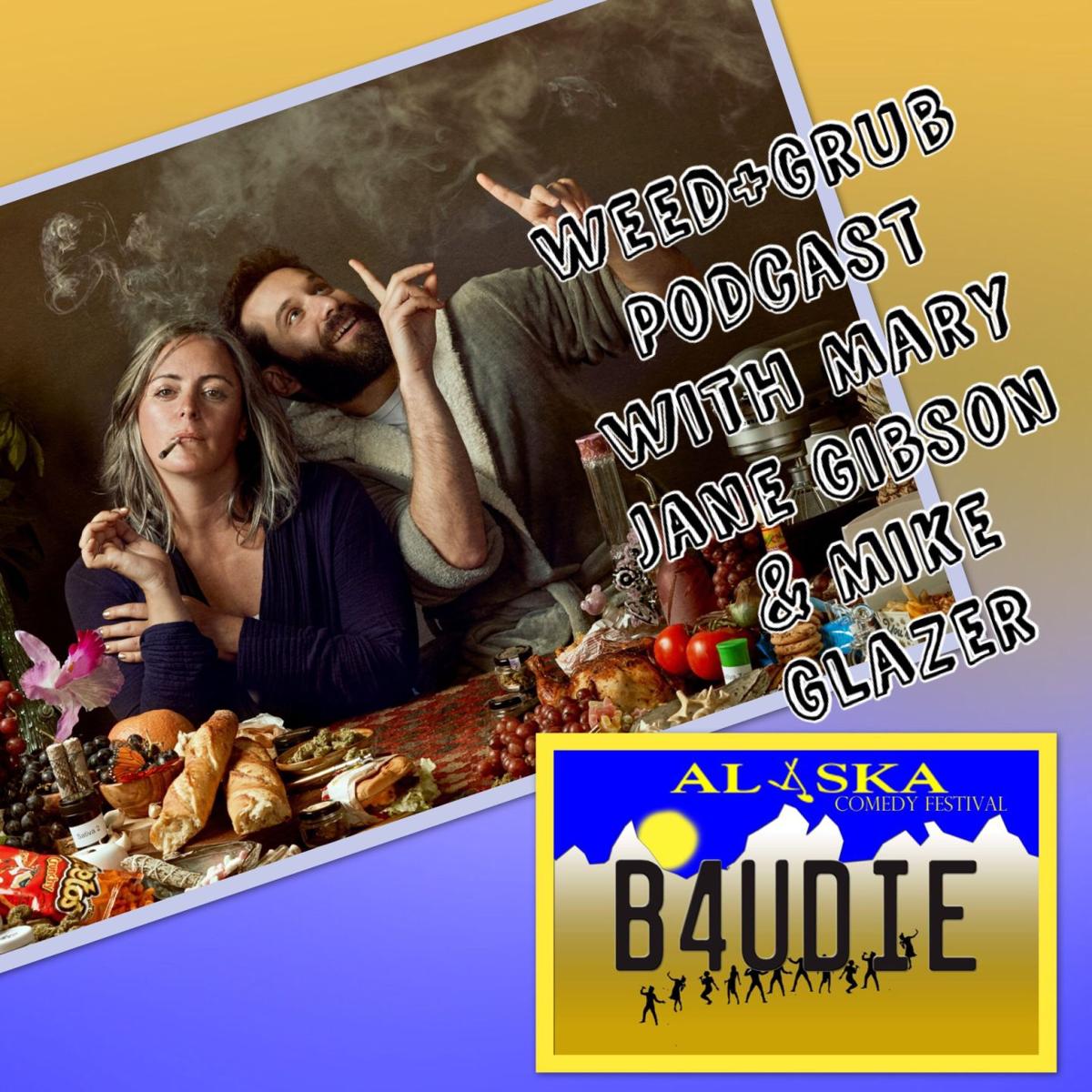 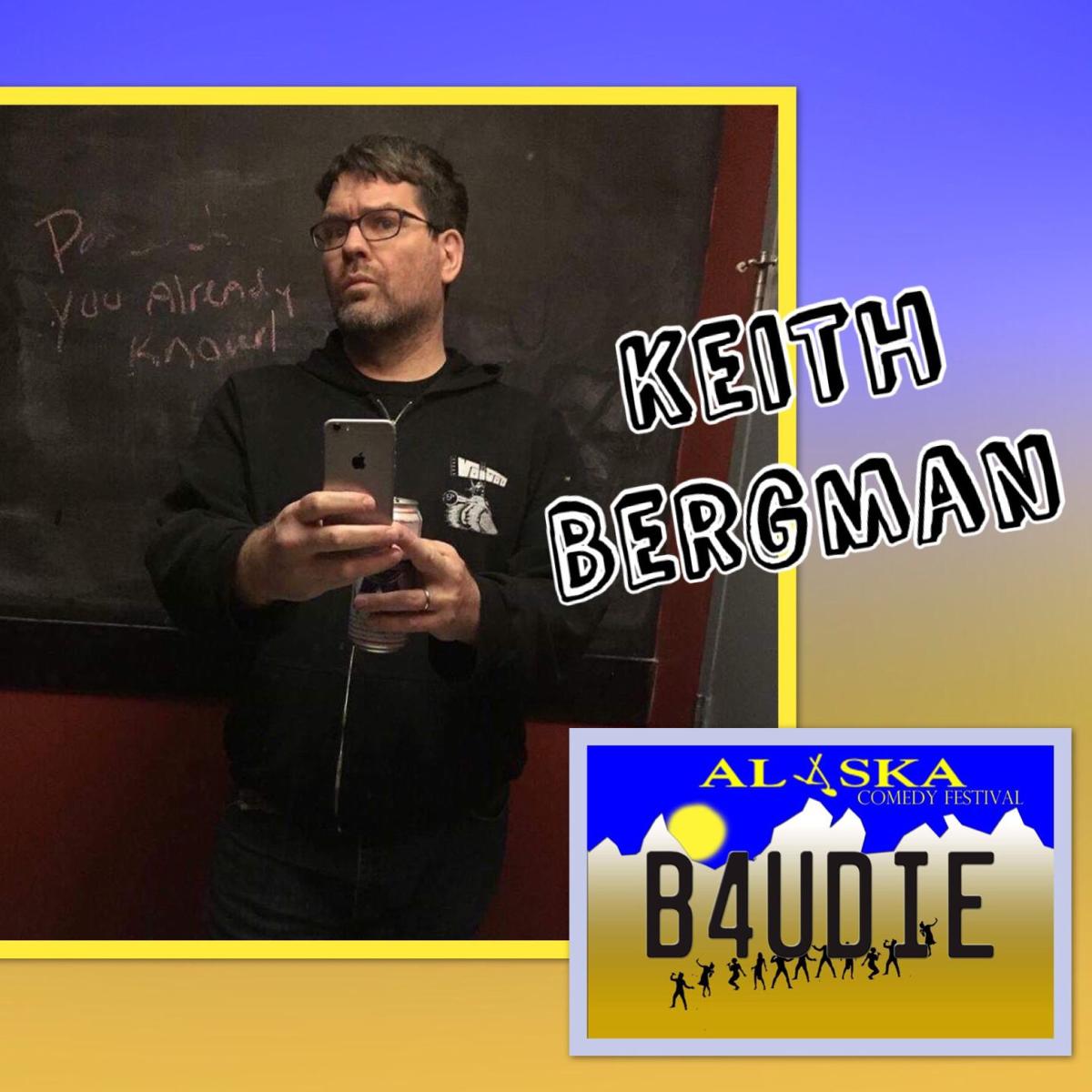 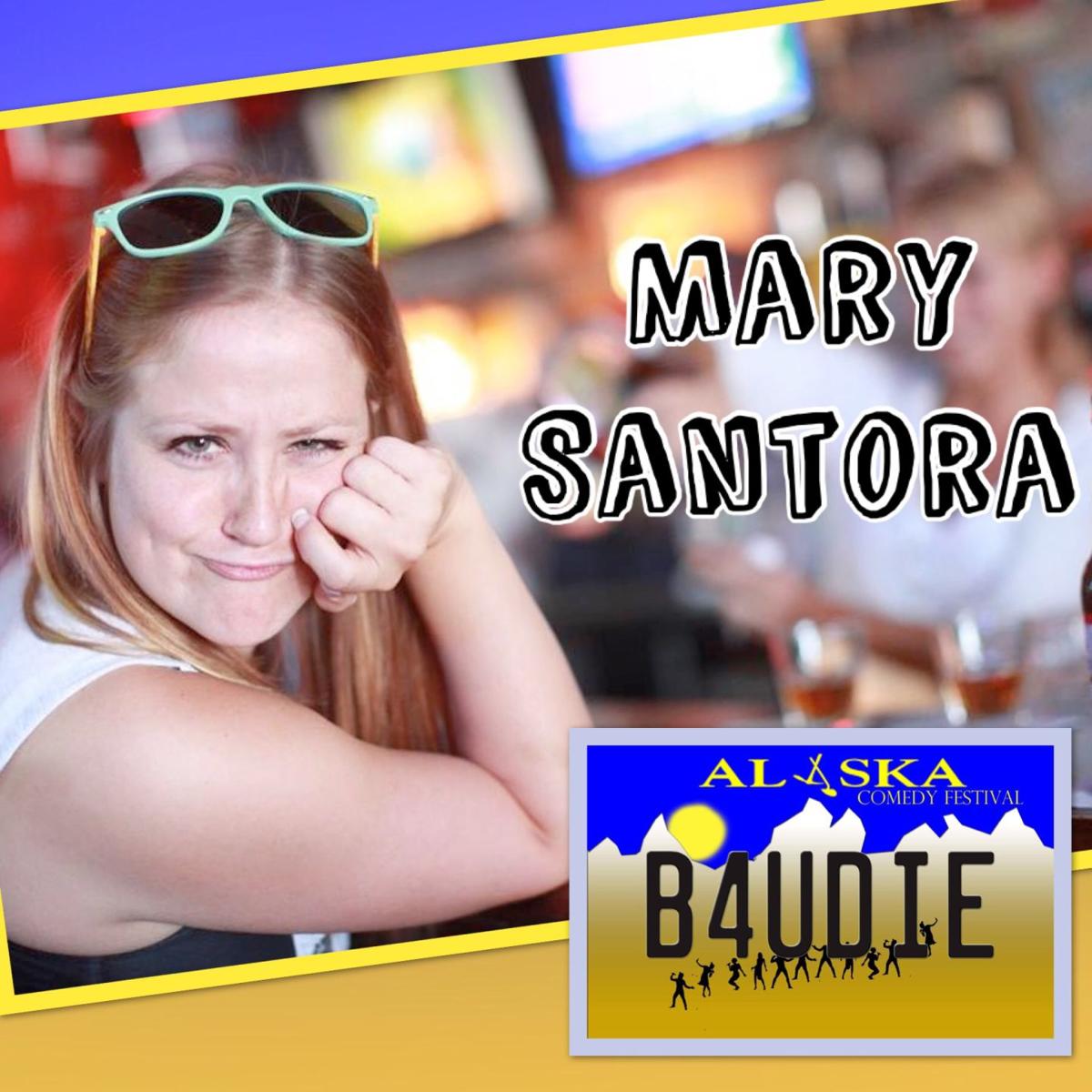 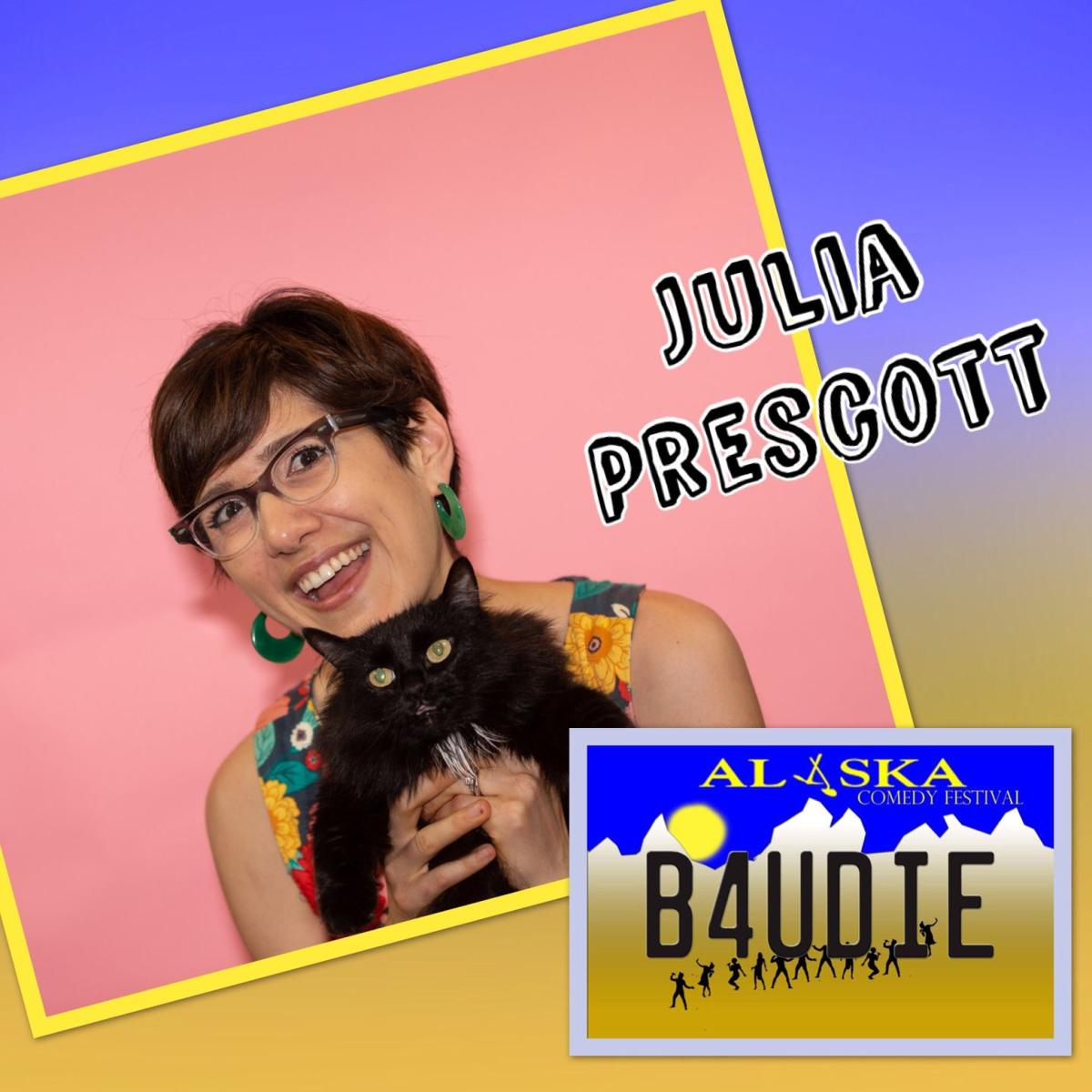 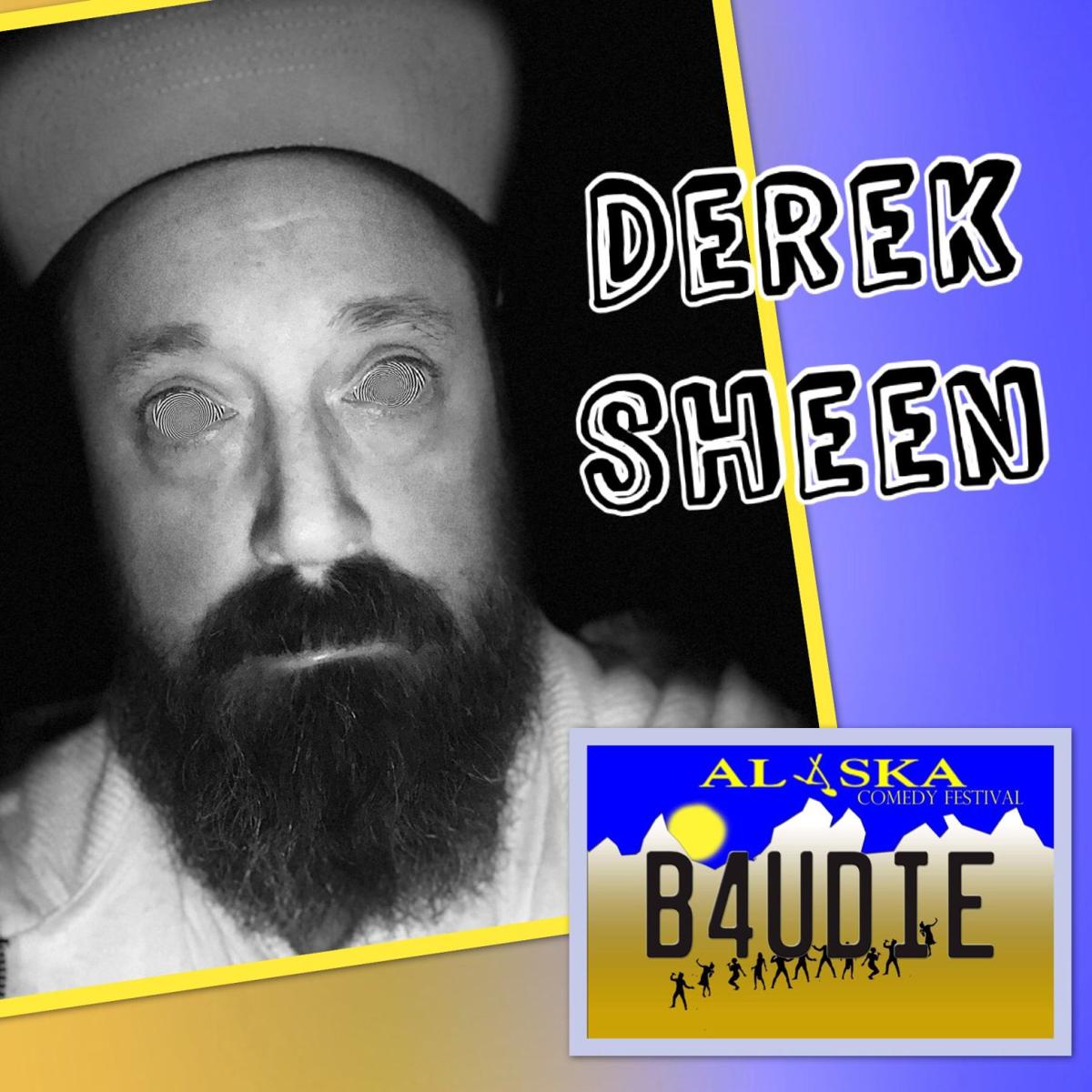 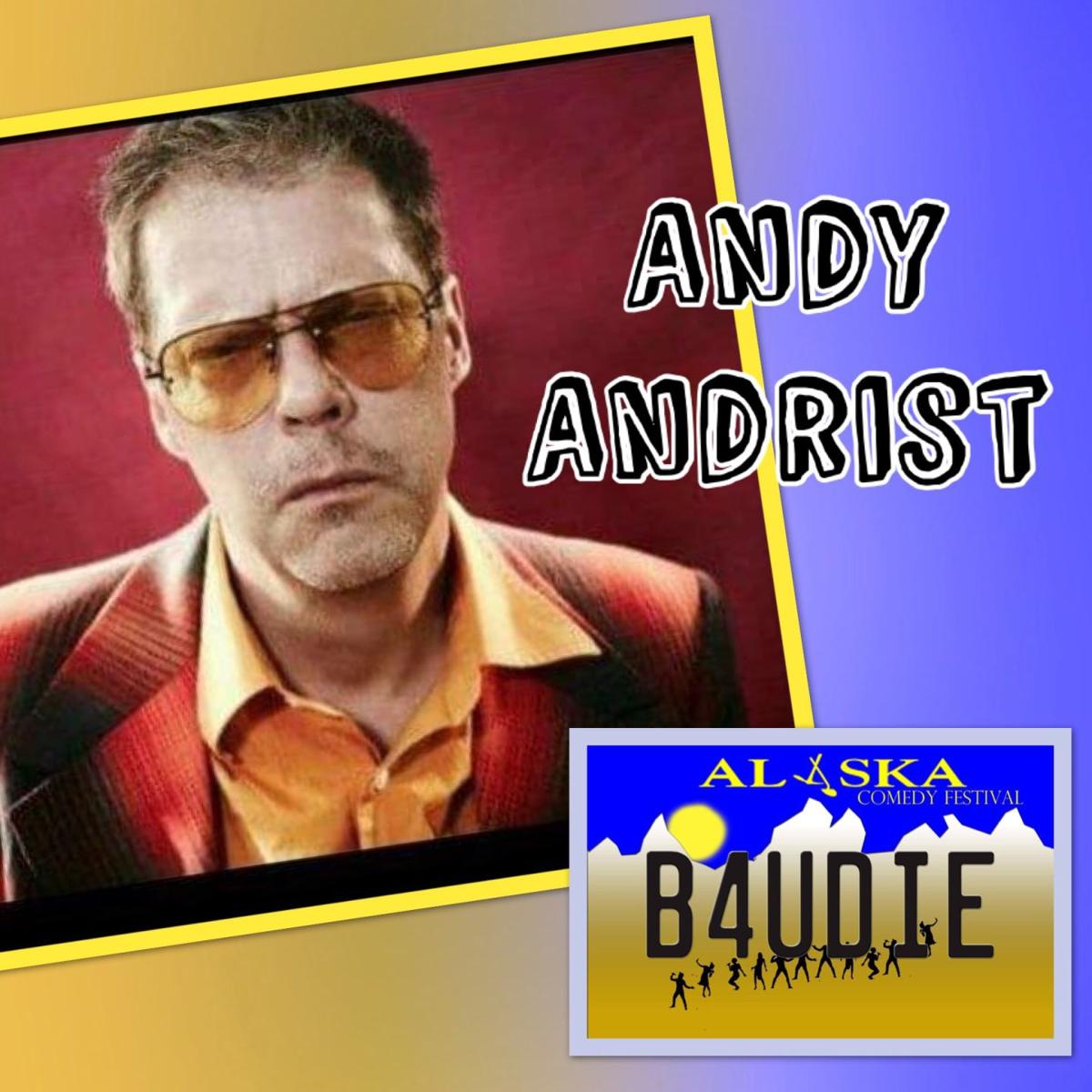 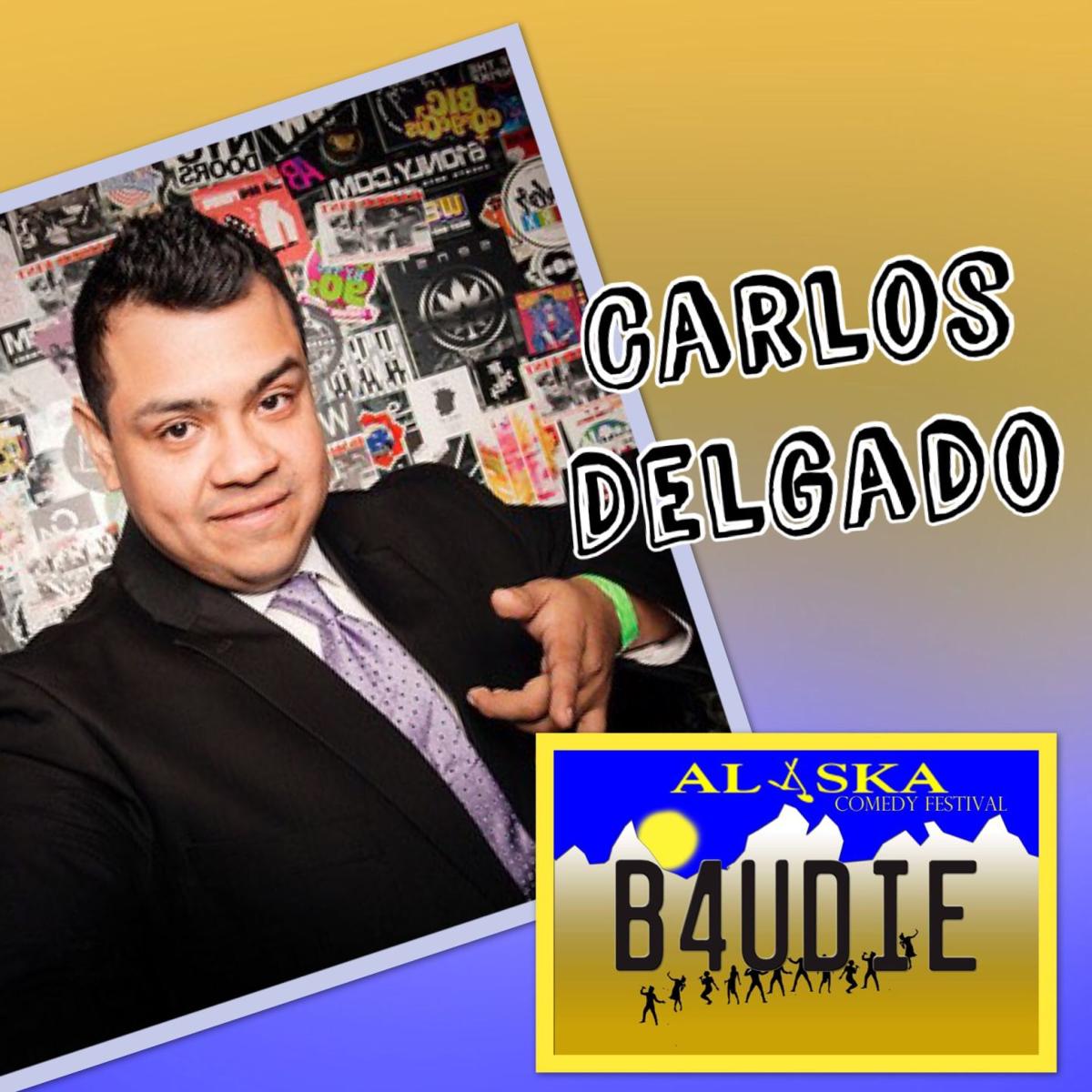 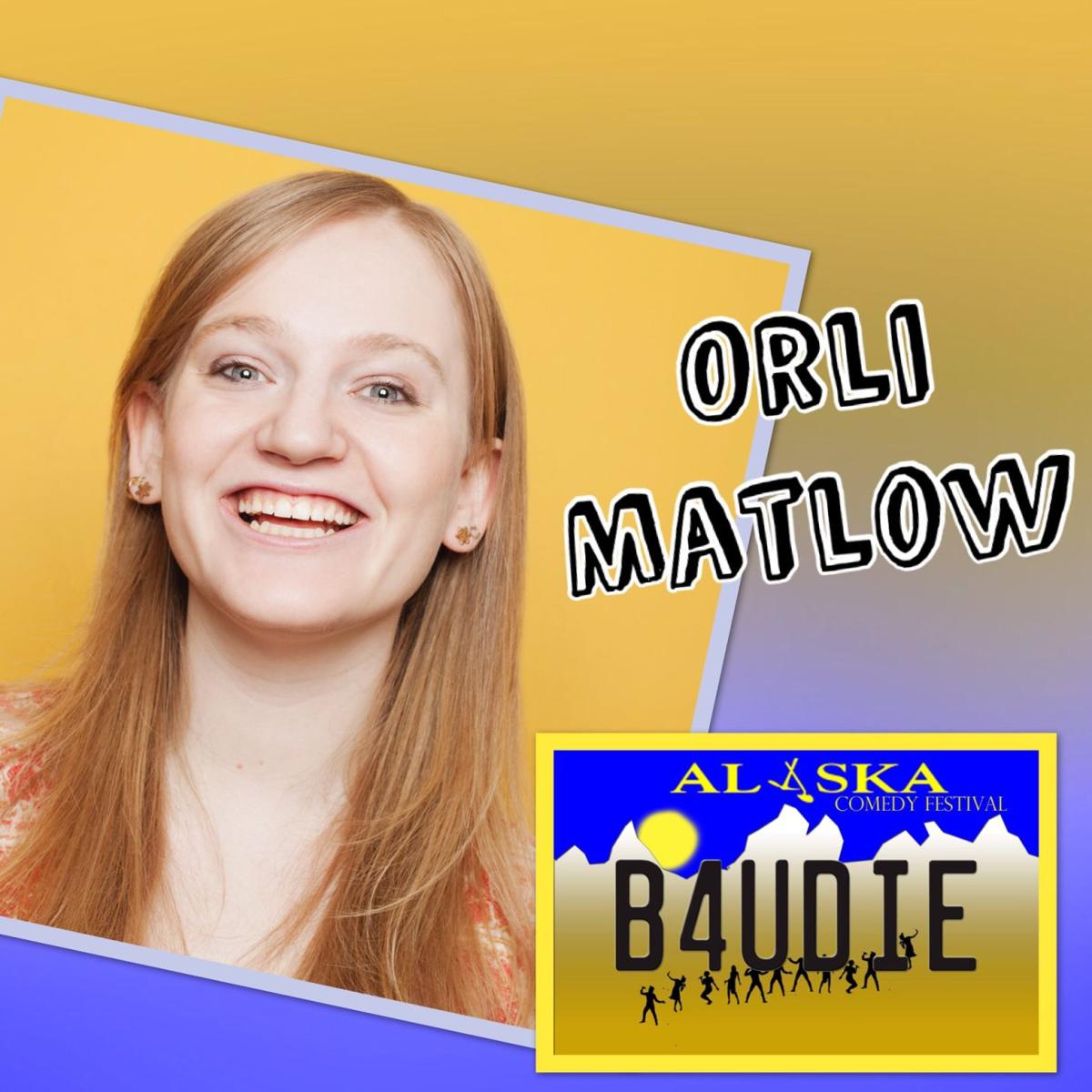 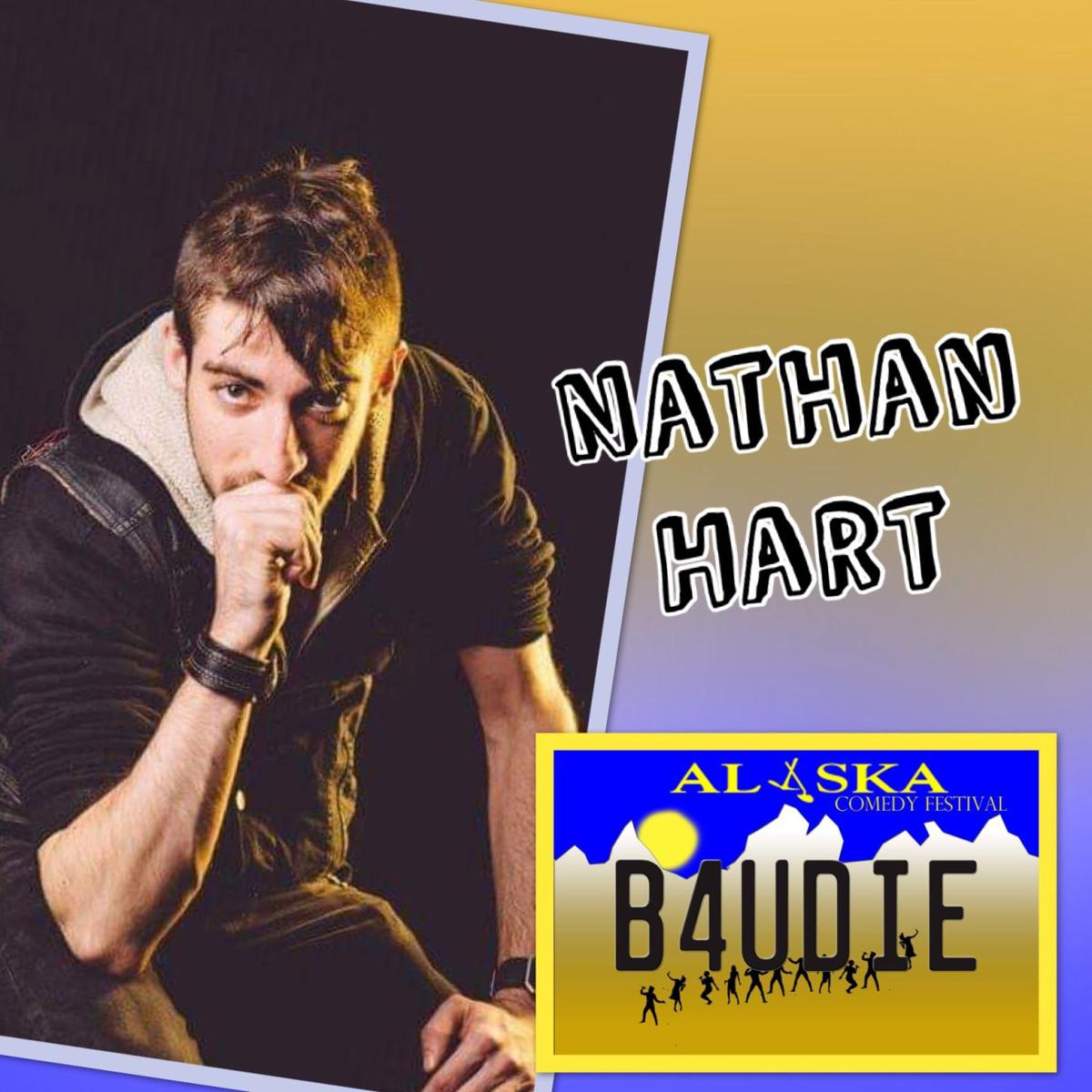 We have lifted the paywall on this story. To support essential reporting, please consider becoming a subscriber.
1 of 11

All other Show and ticket information can be found at https://www.alaskab4udiefest.com/events

Derek Sheen is a goddamn delight. So smart and funny it makes me mad. Tiny Idiot? More like Giant Genius”-Brian Posehn

Derek Sheen is a cuddly mess of insecurities, a gifted storyteller, actor and writer. He’s quickly become a favorite among comedy fans all over the globe touring with Patton Oswalt, Brian Posehn, Janeane Garofolo and Rory Scovel!

His debut album “Holy Drivel” was recorded by iconic metal producer Matt Bayles (Minus the Bear, Mastodon, Isis). his next album, “Tiny Idiot”, was produced by the Grammy nominated Dan Schlissel. Both are available on Stand Up! Records.

Andy Andrist, as seen on HBO, draws his remarkable comedic courage from the same place he extracts his unique world view: Straight out of another bottle of domestic light beer. His is a world overrun with overweight women, trailer parks, special athletes, Wal-Marts and death.

John Dick Winters is a stand up comedian, comedy producer and storyteller based in Pittsburgh but has performed as far away as just outside of Pittsburgh. He is the founder of the Burning Bridges Festival, the largest comedy fest in Pennsylvania. Probably. Who knows to be honest? Prove him wrong. Touring the country on the national independent comedy circuit for nearly a half decade John has worked with countless of incredibly talented comics that no one has ever heard of and a few whose name’s you may actually recognize such as: Brian Posehn, James Adomian, Ron Funches, Kyle Kinane, Kyle Dunnigan, Shane Torres, Craig Gass, Steve Byrne and the late Ralphie May.

Orli Matlow is a comedian and writer from Toronto, Canada. She was recently featured in the NBC Spotlight Series at the 2018 Women in Comedy Festival. Orli represented Columbia University in the 2012 National College Comedy Competition, and was a finalist in the 2014 New York’s Funniest Professional Comedy Competition, winning the Funniest College Student division. She performed at the 2016 Brooklyn Comedy Festival and her writing has appeared on McSweeney’s, Someecards, and Reductress.

Keith Bergman started telling jokes eight years ago, after spending enough time in rock bands to realize he loved the road and hated tearing down drum kits. Equally at home in a-list comedy clubs and dive bars, he tours the country telling stories of mortality, fatherhood, home fries and getting old in a world gone weird. He’s released two albums, he’s been on the Limestone and Whiskey Bear comedy festivals, his comedy has been featured on Funny Or Die and CollegeHumor.com, and he owns maybe four t-shirts without death metal logos on them.

Julia Prescott Writer/Performer originally from North Hollywood, CA (that’s right! That happens sometimes) whose performing credits include Screen Junkies, The Aquabats Super Show, Pitch Off! With Doug Benson, and hosting her own show on Snarled titled, “Fucked Up Film Club.” She’s written for TV shows airing on Netflix, Amazon, Nickelodeon, Cartoon Network, Disney XD, and more. She’s also the creator of the hit Blackpills show, “TOWNIES” which is, ‘The OC in the Old West’ starring Natalie Palamides (Edinburgh Fringe ‘Best Newcomer’), John Ennis (Mr. Show), and Audrey Whitby (Nickelodeon’s ‘The Thundermans’). She’s also one of the co-hosts of the hit podcast, “Everything’s Coming Up Simpsons!” on the Maximum Fun network and has featured former Simpsons showrunners, writers, voice actors, and Weird Al, to name a few. She’s also the co-author of, “100 Things Simpsons Fans Should Know and Do Before They Die” available now from Triumph books, and where other books are sold.

Carlos Delgado is a Brooklyn based writer/performer/comedian who won the 2015 Totino’s + Nerdist Favorited Comedian contest. He’s appeared on the “Nerdist Stand Up Cluster 2015” and opened for Chris Hardwick at San Diego Comic Con 2015. He’s a former writer and featured correspondent for the political satire TV show “Redacted Tonight.” He regularly performs back home in Brooklyn and is a co-host and producer of the monthly comedy variety show, Ceviche Casserole. You can also listen to him on his self-help podcast, You’re Doing Well.

Mary Santora, from Cleveland, OH, has been named the “Best Female Comedian” by Cleveland Scene Magazine in 2016 AND 2017, was part of the 2018 “Best of the Midwest” competition at LaughFest in Grand Rapids, MI, and is quickly making a name for herself as one of the best up and coming comics in the country. She has a straightforward, quick witted style, and has performed alongside Dave Attell, Tom Papa, Jen Kirkman, and Kyle Kinane, to name a few. Mary is a fresh breath of femininity in the otherwise male-dominated world of stand up.

Nathan Hart is a stand-up comedian from St. Petersburg, Florida. Formerly a rhythm guitar player in an amateur punk band, and owner of a now-bankrupt bong store, Nathan has bizarrely ambitious ideas to a fault. Now, he shares those ideas on stages across America with a confrontational presence & ruthless precision. As of 2016 Nathan’s home base has been Portland, Oregon. He performed in Seattle’s Highlarious Comedy Festival in 2018, and has opened for established acts like Danny Bevins, Matt Donaher, & Mo Mandel. Nathan is a writer for Hard Drive, the video game focused section of a popular satire publication, The Hard Times.