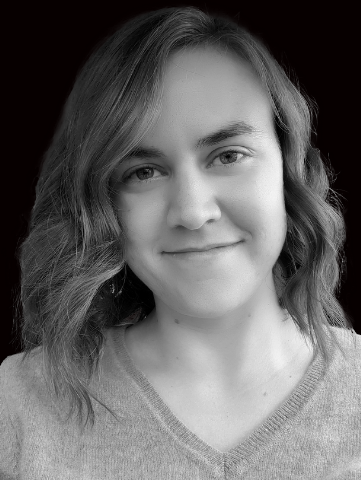 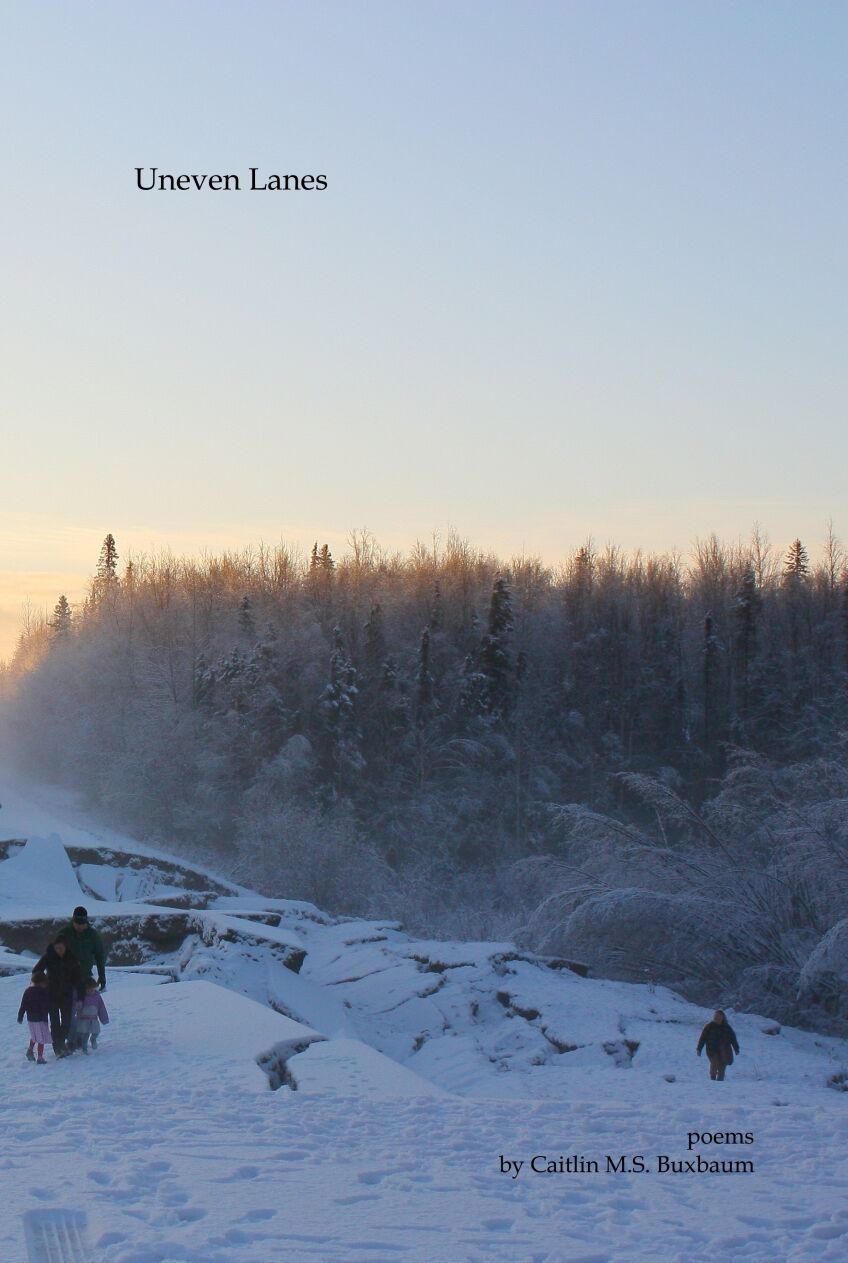 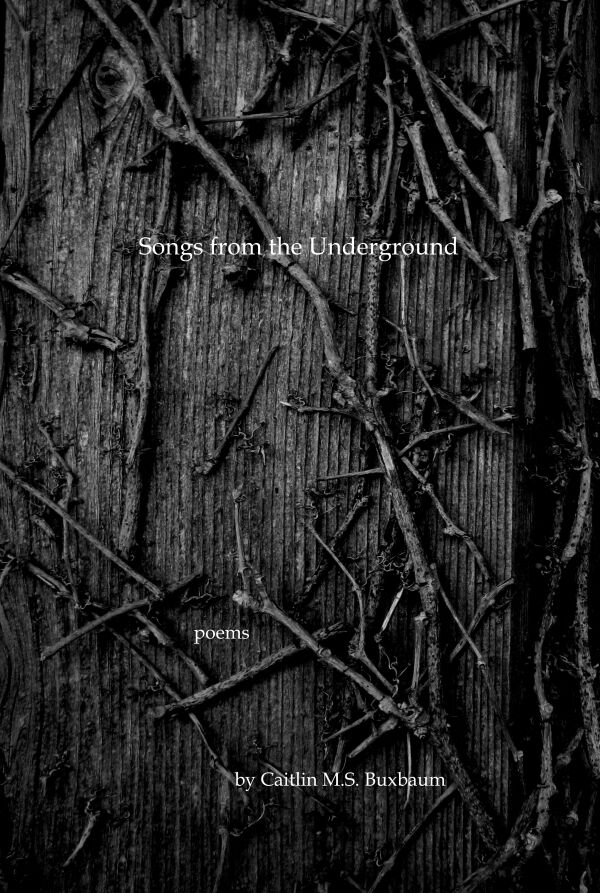 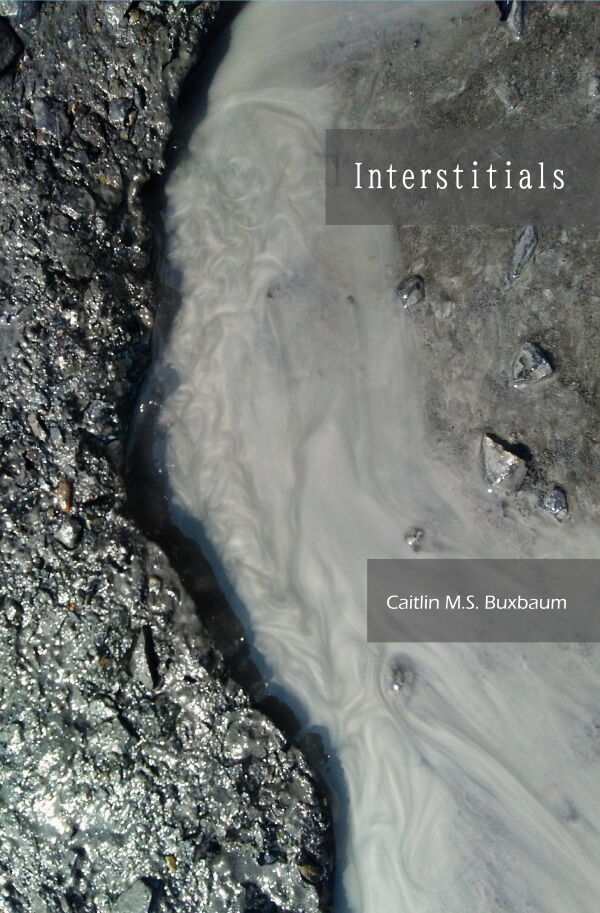 Caitlin M. S. Buxbaum is an Alaskan author and publisher who is published in a variety of genres. We met as a retired and a practicing educator at the Alaska Writing Project’s Coffee + Writing sessions a few years ago, and we’ve stayed in touch through the local writing scene. Buxbaum’s collection of short stories The Birthday Picture and Other Stories will be released on August 31. I interviewed her recently to find out more.

You have an interesting background of journalism, teaching, and editing as well as writing. How have those things influenced you as a writer?

Being a reporter was actually one of the most valuable experiences for me as a writer, because it taught me to write quickly and concisely. I think we all stress about deadlines (self-imposed or otherwise), but for writers, that ticking clock is one of the best motivators for draft completion.

Being an educator has taught me how to express thoughts and ideas in different ways in order to meet the needs of different people. Since I write in multiple genres and styles of fiction as well as poetry, it’s important to recognize what resonates most with particular audiences.

Being an editor, I think, is partly a necessary evil, partly a compulsion, and partly an unavoidable personality trait. I like to fix things, I feel compelled to improve whatever can be improved, and I think applying that to other people’s writing helps me be more objective about my own.

Has living in Alaska influenced your writing?

Although I’ve always lived on the road system, just outside of city limits, I think there’s a certain independence all born-and-bred Alaskans develop that’s different from just the stereotypical American individualism. Maybe it’s the added isolation, but I think I developed a sense, early on, that if I wanted to do something, I should at least learn to do it myself, even if someone else ended up doing it, or could do it better. Perhaps that isolation also contributes to the generation of creative work, simply because you can get bored up here, especially if you’re not an outdoorsy person. Granted, I do spend a lot of time playing sports and being outdoors, but even that inspires me to write because I have this grand open space in which to think. I often tell people that getting out in nature and breathing deeply, away from all the noise, is the best way to center yourself and clarify what it is that you need or want to do. That applies to life as well as creative writing.

You've written in various genres, including poetry, music, drama, nonfiction, and short fiction. Why so many different kinds of writing? Is this new short story collection (The Birthday Picture and Other Stories) the next project, or the kind of thing you plan to write for a while?

The Birthday Picture has been in the works for quite some time, but I do plan to focus more on fiction in the coming years; of course, I say that now, but every time I do, I seem to end up working on another collection of poems. (I think I have about 400 unpublished poems at this point.) Truthfully, fiction was my first love — particularly novel writing, and I’ve drafted a few — but I started my publishing efforts with poetry because that was less stressful to me. For some reason, I felt less pressure to deliver a jaw-dropping book of poems than I did a best-selling novel, which is partly why I haven’t published any of my full-length fiction manuscripts. But as far as why I engage in so many types of writing, I just love it all. I love watching and dissecting movies, so I’m working on a screenplay, which I’m hoping to finish this year. I love seeing a great play, so I’ve dabbled in theater, both as an actor and a playwright. I love the joy and pain of following a believable character through the twists and turns of an amazing book, and I want to be able to evoke that in someone else. Poetry and music are more personal, more necessary for the maintenance of my soul, but it all comes from this place of wanting to create and experience everything in as many ways as I can. So who really knows what I’ll put out next!

In these short stories, you show the emotional truth of many different characters. What did you want to capture about life or people in this collection?

I enjoy reading books and watching movies in multiple genres, but if they don’t have complex, believable characters, I’m not interested. I can get through a plot-driven book or an action movie, but the best stories, in my opinion, are the ones that explore the characters and the relationships between them. I don’t know that I had any conscious desire for this collection to express any one thing, especially since the individual stories were written at very different points in my life, but I’m always interested in examining what makes people tick, why we do the things we do. Most human conflict — in fiction and reality — boils down to miscommunication between people or unmatched goals or expectations, so I think it’s impossible to write a good story without addressing those disconnects, as well as the ones within the individual: between thoughts and actions, emotions and decisions, etc. But it’s important to address the attempts to repair or embrace those trying relationships, too, just as it is important to recognize that some people change, and some people don’t. Everyone is in some way a product of their environment, so I guess my hope is that readers will see enough different people in different environments, making decisions, to get a fuller picture of humanity. Maybe that’s a tall order, but you have to aim high to achieve anything great.

Learn more about Caitlin M. S. Buxbaum and The Birthday Picture and Other Stories at https://caitbuxbaum.com.

Lynn Lovegreen is a longtime resident of the Anchorage area. She writes young adult historical fiction set in Alaska.