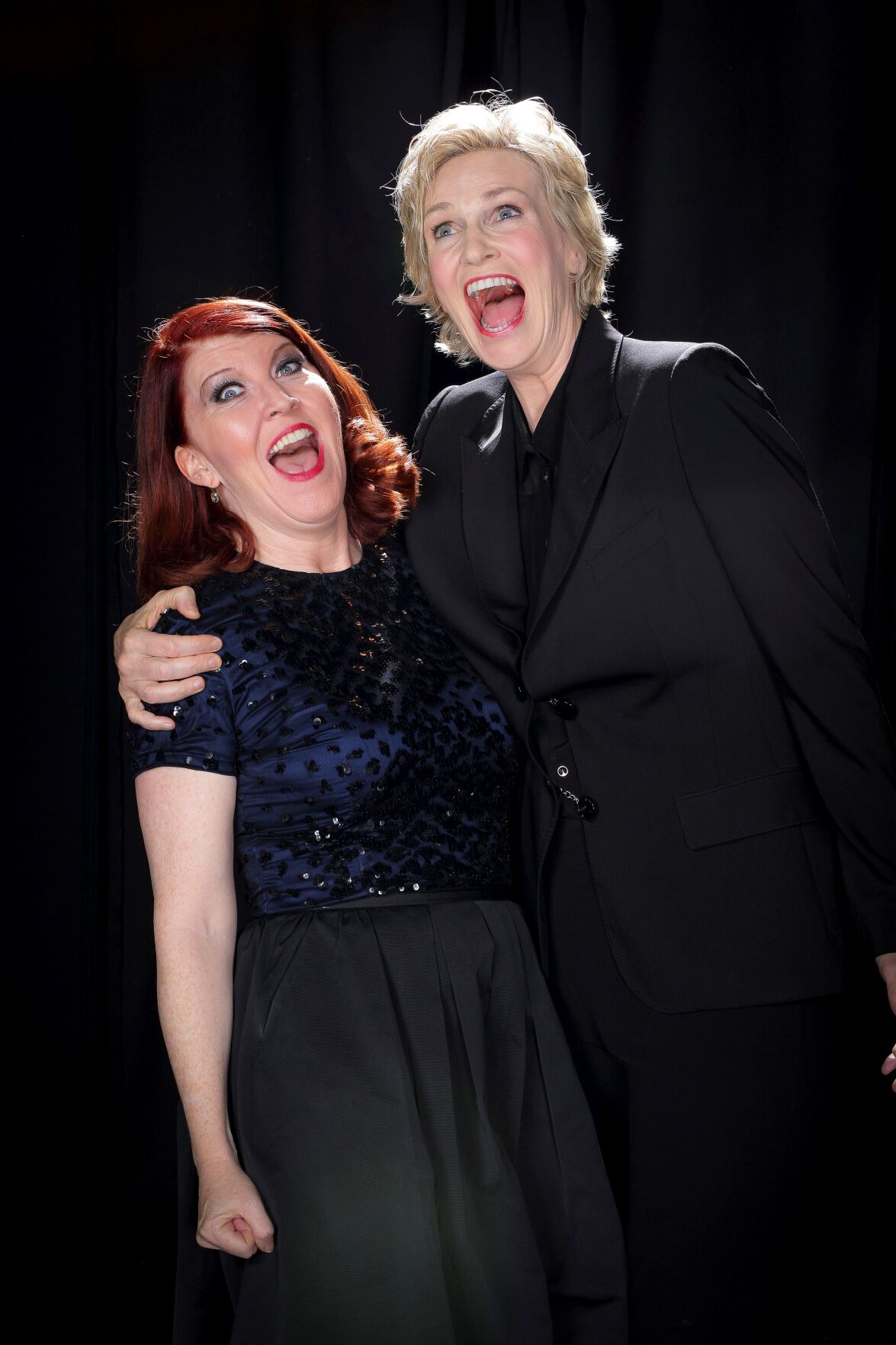 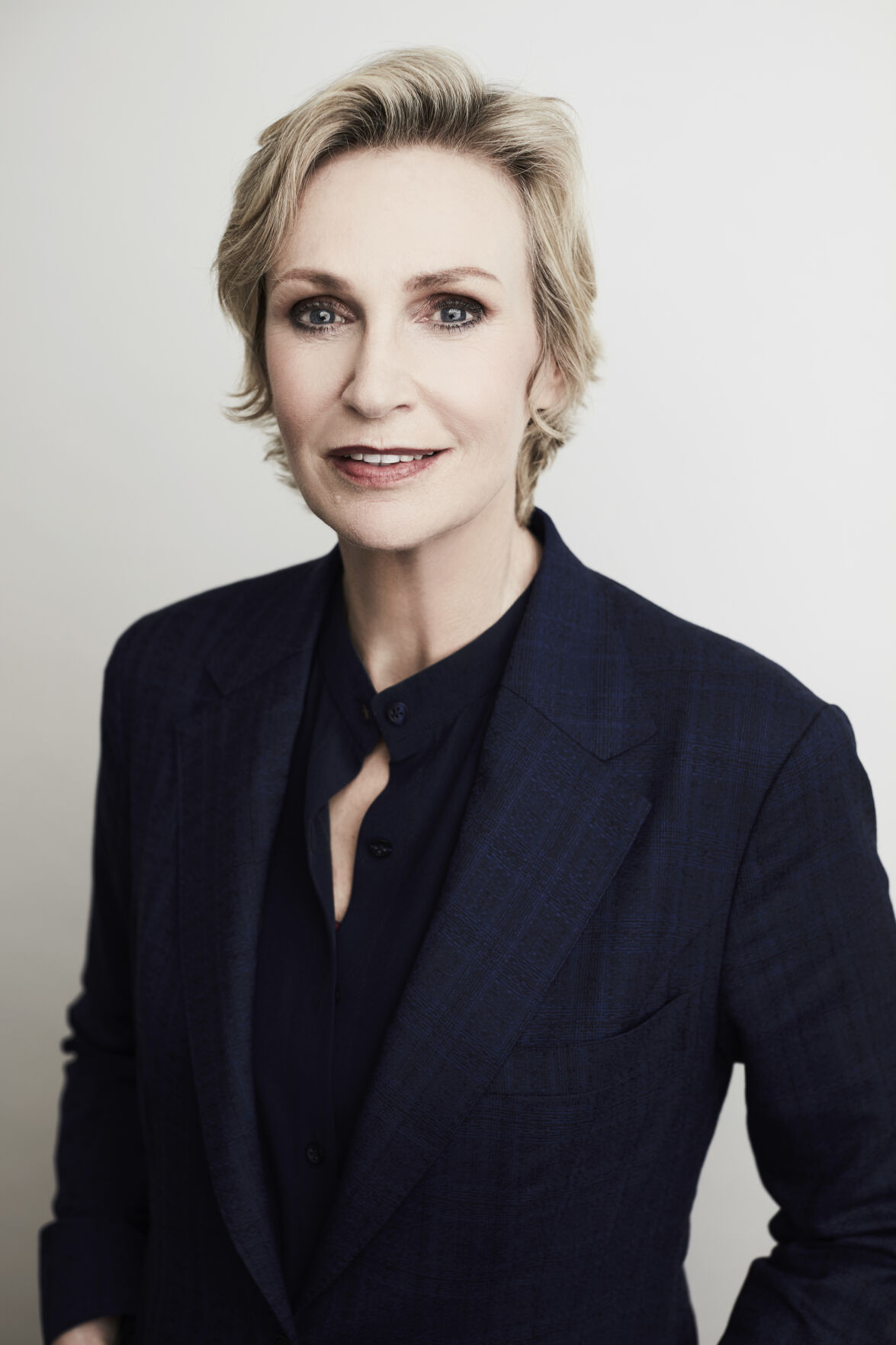 “The energy of a live audience combined with a live performance is something that I just adore,” Lynch said in a recent email interview with Anchorage Press.

Known for her portrayal of bully Sue Sylvester on ‘Glee’, as well as for her memorable roles on films including ‘Best in Show’ and ‘The 40-Year-Old Virgin’, Lynch has also performed on Broadway as Miss Hannigan in a revival of ‘Annie’.

“If I had to pick one medium and there was a gun to my head and a threat to everything I hold dear, I would choose live performance,” Lynch said. “It’s what drew me to this business of show in the first place and at the end of the day it’s my favorite.”

Lynch met comedian and singer Kate Flannery in the 80s. They have performed songs at charity events together on and off throughout the years and began touring together several years ago. Their cabaret act ‘Two Lost Souls’ comes to Anchorage this weekend as one of the first indoor shows presented by Anchorage Concert Association since the pandemic hit Alaska.

Flannery, best known for her performance of Meredith on NBC’s ‘The Office’, had also teamed up with Lynch for ‘A Swingin’ Little Christma’ tour, based on the Top 10 Billboard album featuring Flannery.

Billed as “The Rat Pack with a couple of broads,” this weekend’s show won’t take itself too seriously. It is full of songs that Lynch and Flannery love to sing — plus new compilations and laugh-out-loud jokes.

“This show is all about the love of music [and] the audience sharing in that love with us,” said Lynch. “It’s primarily the older stuff that we love, the music of the late 50s, early 60s. … We were lucky enough to find an incredibly wonderful and tight jazz quartet in Tony Guerrero’s band. Their love of that era combined with ours I think makes the night an extremely fun and an exciting musical experience. It’s also live and immediate and never exactly the same. The sparks fire differently and uniquely for every show.”

The night includes “fun arrangements of show tunes that you may not even know you like,” Flannery told Build.

A Hollywood Digest review called the show “an uproarious display of song and comedy … There is essentially something for everyone.”

Broadway World wrote, “It sure is great that these two lost souls found one another and that they brought their weird, funny friendship onstage, too.”

After too much quarantine, “we miss the heck out of performing live so thank you Anchorage for welcoming back live performance after a good long time. Too long!” said Lynch. “We have never been to Alaska. We are all so stoked!”

Anchorage Concert Association’s return to live indoor performance is one of escape and great music, happy surprises and belly laughs. A lot of us could use more of those.

Here’s hoping that all the lost souls can find their way to a pal and as much fun and joy as Jane Lynch and Kate Flannery have together with the band and audiences of “Two Lost Souls.”

Before you go: Review current protocols for visiting the theatre, including wearing a mask and bringing proof of vaccination or a recent negative COVID-19 test. https://www.alaskapac.org/plan-ahead/

Laura Carpenter (they/she) is a writer and activist living on Dena’ina land. Learn more at lauracarpenter.gay. Connect with Laura on Twitter and Instagram at @lalauramarlene.