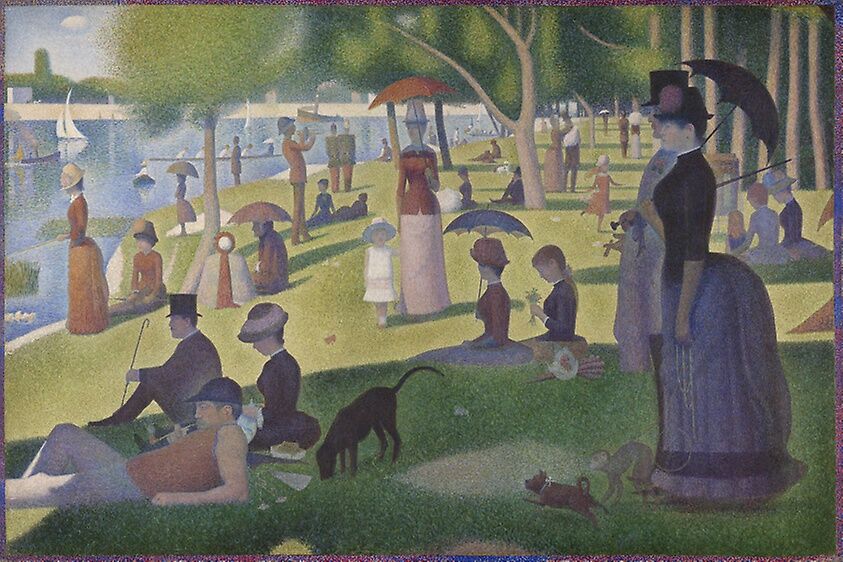 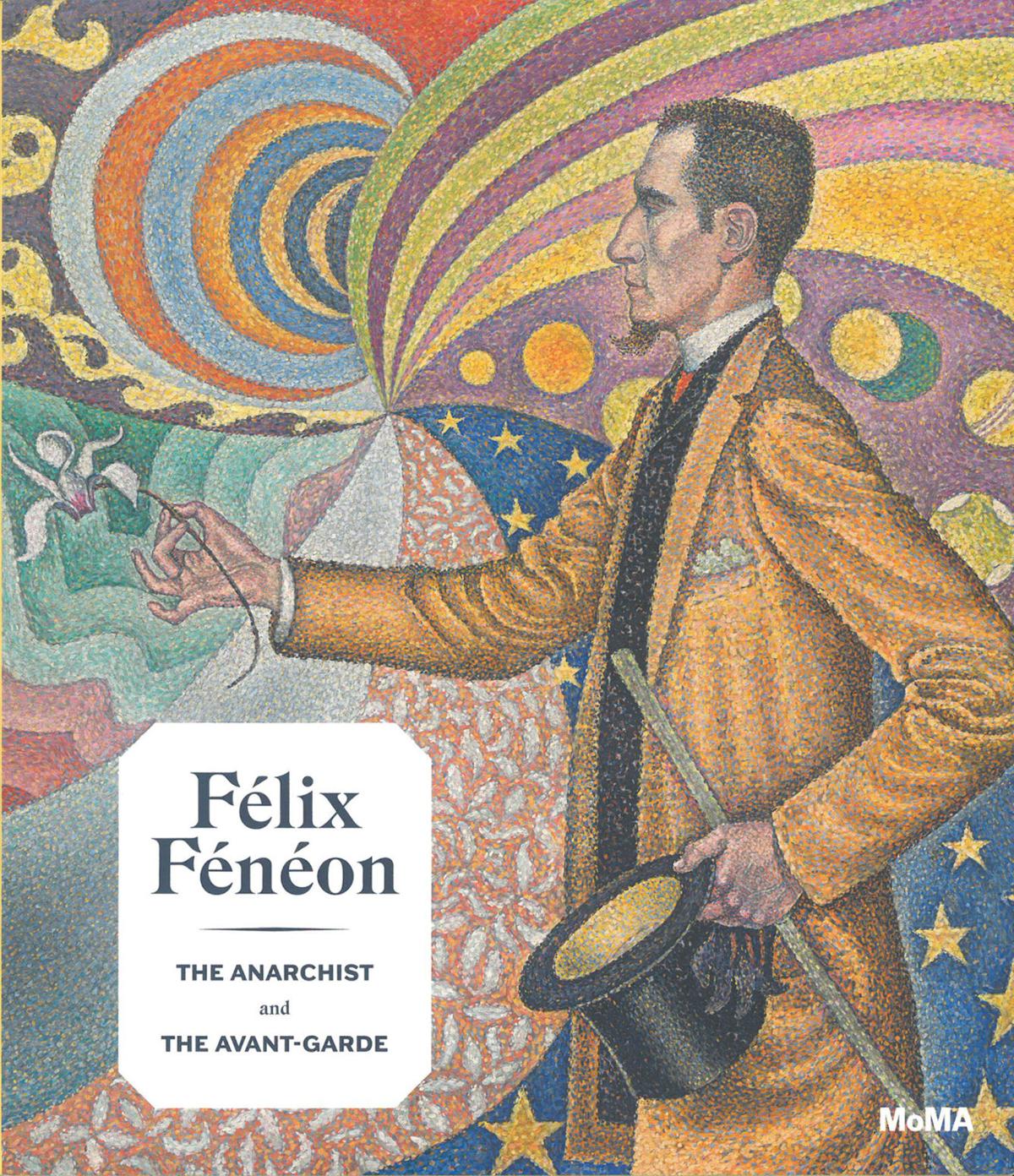 The Museum of Modern Art (MoMA) exhibition, “FélixFénéon the Anarchist and the Avant-Garde-From Signac to Matisse and Beyond (Online and in Situ thru January 2, 2021)” --I recommend watching MoMA’s Online video. Fénéon was a charismatic Renaissance man. Admirers were able to look past his multi-personalities to get what they wanted— like Trumpians! Fénéon believed that, “a critic is a kind of ‘channel’ between the artist and the public (34).” Shouldn’t a President perform as a channel between the Global community and the US citizenry?

At twenty, Felix Fénéon (1861-1944) placed first on an exam to become a senior administrator at the France’s Ministry of War, remaining there for thirteen years until he was fired. Why?—because he was accused of taking part in bombing the Foyot Restaurant, arrested and jailed for several months. Fénéon was acquitted by a jury who found him super-charming in spite of anarchical evidence: detonator tubes found in his office. During his time as a Ministry bureaucrat, he began writing for art publications about: Georges Seurat, Paul Signac, and Camille Pissarro, who composed on canvas with colorful dots scientifically and strategically placed, while struggling to be recognized in the Belle Époque, which wasn’t so ‘Belle’. Fénéon also wrote for anarchist publications under pseudonyms. According to MoMA’s catalog, “Fénéon distrusted government authority and institutions and believed that without them the extreme economic inequities of the era would be ameliorated: artistic freedom and creativity would flourish, and, as a result, social harmony and justice would reign—a utopian attitude he shared with many late-nineteenth-century idealists including the Neo-Impressionist and Symbolic painters and writers that he counted among his closest friends (22).”

In an essay entitled, ‘Les Impressionnistes en 1886’, Fénéon went gah-gah over Georges Seurat (1859-1891), bestowing the title ‘Neo-Impressionist’ on him (33). According to MoMA’s catalog, “Neo-Impressionists sought to ‘establish a picture in a precise and deliberate fashion’… And by ‘picture,’ the critic meant a painting that hangs together in unity: not merely a transient piece of painting (morceau) but an enduring tableau (39).” Fénéon dismissed the Impressionist Claude Monet, master of painting fleeting moments of a day, insisting, “His persistent attempt to render a passing moment relied exclusively on ‘bravura execution’ (39).”

After Fénéon’s dismissal from the War Office, 1894, he became editor of ‘La Revue Blanche’ which published the literary works of Oscar Wilde and Toulouse-Lautrec illustrations. In 1908 he became artistic director of Bernheim-Jeune capturing Matisse from another prominent gallery (141,142). In between both World Wars, Fénéon sold art to Solomon Guggenheim for his NYC Plaza suite (159,160). In 1935, he loaned part of his Native collection to MoMA for the show, ‘African Negro Art, by director Alfred Barr (200,201)’. Fénéon was one of the first to recognize that aboriginal art relegated to science institutions should be placed in major museums as fine art (27).

Reading about Fénéon, I felt there was a comparative-something between him and Trump-- albeit Fénéon was a Robin Hood and Trump is the Sheriff of Nottingham. Fénéon labored as a bureaucrat while moonlighting as an art critic—no trust fund either. Fénéon’s ability to spot new talent made him a connoisseur of avant-garde art, which he also collected. Possessing a social conscience, Fénéon used his art connections, working underground, to alleviate Paris’ social and economic disparities. FYI: Montmartre, romanticized today, was a hotbed of abject poverty, illicit drugs, prostitution and child abuse.

Trump, born uber-rich, and always having an available parachute when bill collectors beat down his golden doors, claims to be helping the poor. Rational people know his tax incentives mainly benefit cronies and family, and his wish to make America socially and commercially parochial is irrational. Trump’s scare tactics about ‘suburban housewives’ threatened by roving bands, arouse his base to be combative, but do nothing for attaining peaceful coexistence nationwide.

Trump and Fénéon both use their enigmatic personas advantageously. According to MoMA’s catalog, “Fénéon deliberately fashioned an unusual look. Tall, slender, and elegant to the point of dandyism, he played on his physical traits in order to distinguish himself (24).” Well, Trump may not be slender, but his suits, monochromatic ties, and orange veneer have morphed into his presidential logo, convoluting the term ‘distinguished’ into his trademark.

In 1911, Fénéon orchestrated an exhibition ‘Les Peintres Futuristes Italiens’, who painted speed and anarchy as colorful abstraction. In spite of negative press coverage, “The exhibition drew huge crowds, thanks in part to Fénéon’s ‘saavy’ (157).” Fénéon could read aesthetic tea leaves and persuade moneyed collectors to ignore Beaux Arts Naturalism, “designed to please a bourgeois public,” and invest in the antiestablishment (35).” He had chutzpah to talk his way to freedom when addressing the ‘Trial of the Thirty’. Yes--Trump has chutzpah when addressing huge crowds who ignore social-distancing and champion his repetitive rhetoric of falsehoods, assuring them he’ll make America even greater in the next four years.

The next time you watch people protesting our inequities, think what MoMA’s Felix Fénéon exhibition teaches beyond the gorgeous paintings and companion catalog. Today’s tourists, who flock to Modernism shows, exit through gift shops to buy t-shirts and umbrellas emblazoned with flowery compositions, don’t have a clue these compositions were created by radicals. Ok, buying Modernist swag is fun and helps fund museums. But, take a moment to realize that many working class Parisian neighborhoods were demolished and inhabitants dispossessed, to make Paris look like Seurat’s ‘La Grande Jatte (1884)’. Similarly, buying MAGA swag benefits manufacturers and stores. However, people, especially kids, who wear MAGA hats and t-shirts, have no idea of the underlying hurt this clothing conveys. According to MoMA’s catalog, “Art and the role of the artist were central issues for anarchists…Social consciousness [was] an idea that appealed to the artistic and literary generations of both the fin de siècle and prewar periods, and anarchist aesthetics inspired two generations of radical art, which Fénéon supported with extraordinary discernment. (95).” Although Trump displays no aesthetic skills, his demeanor can be imagined as twisted coils of barbed wire, which never pierce him—let’s hope the barbs get him this November.

Fénéon died in 1944, and proceeds from the sale of his collections went to the Univeristé de Paris (Sorbonne) funding the Prix Fénéon which annually awards money to a writer, painter or sculptor under 35 (228). Can you see Trump leaving his money to any altruistic cause?

Jean Bundy is the AICA-International Envoy for Climate Change