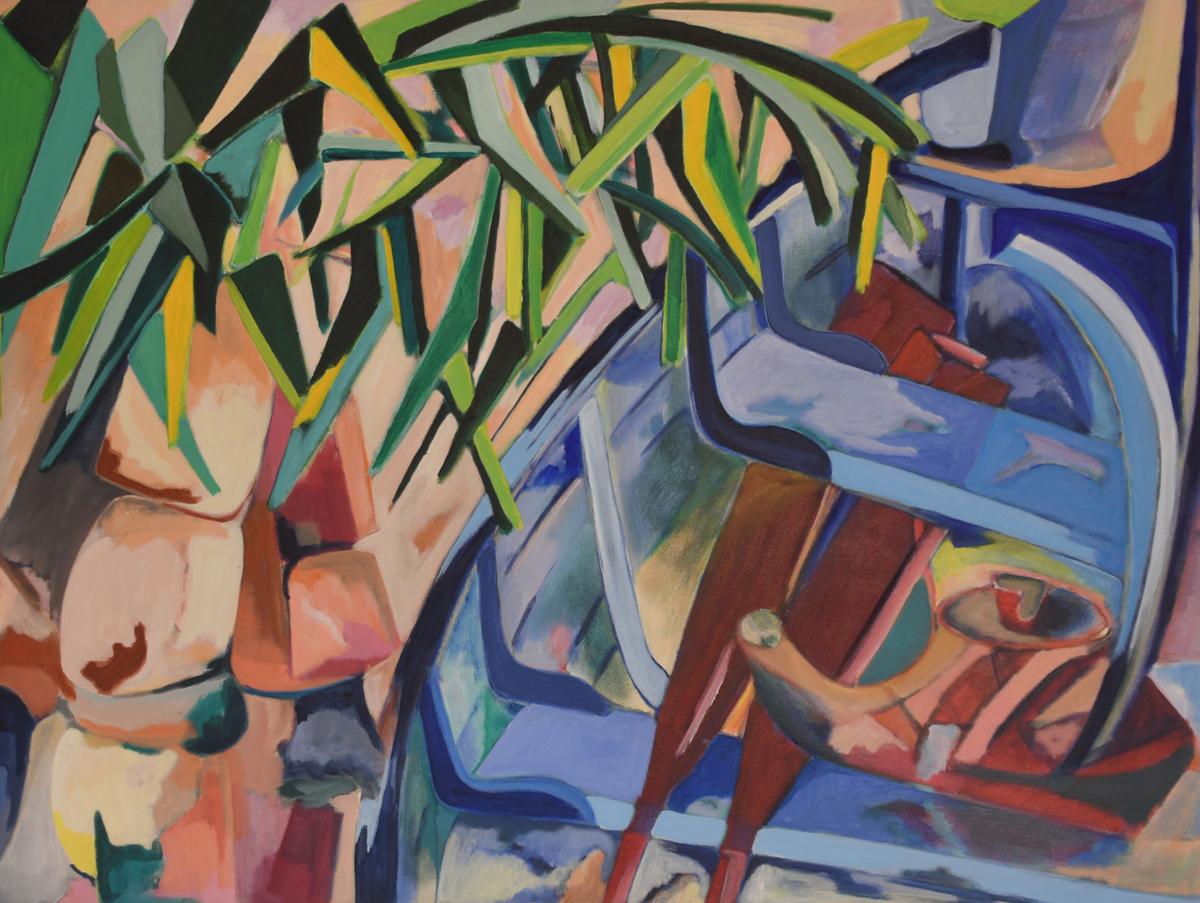 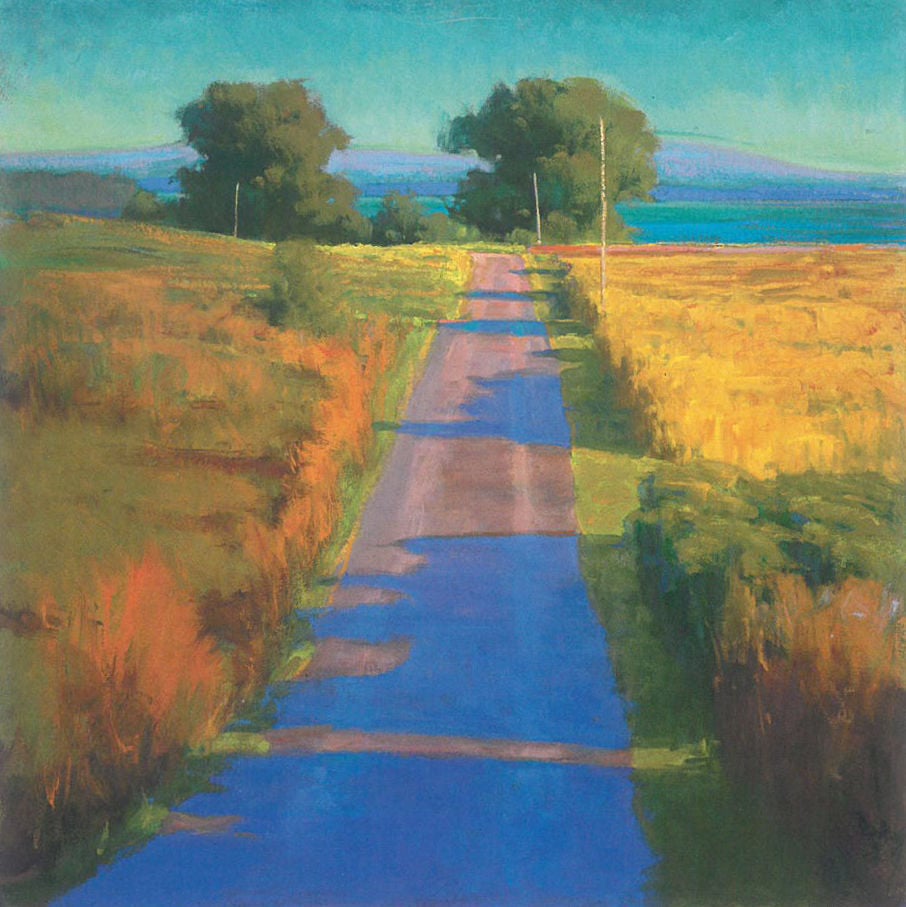 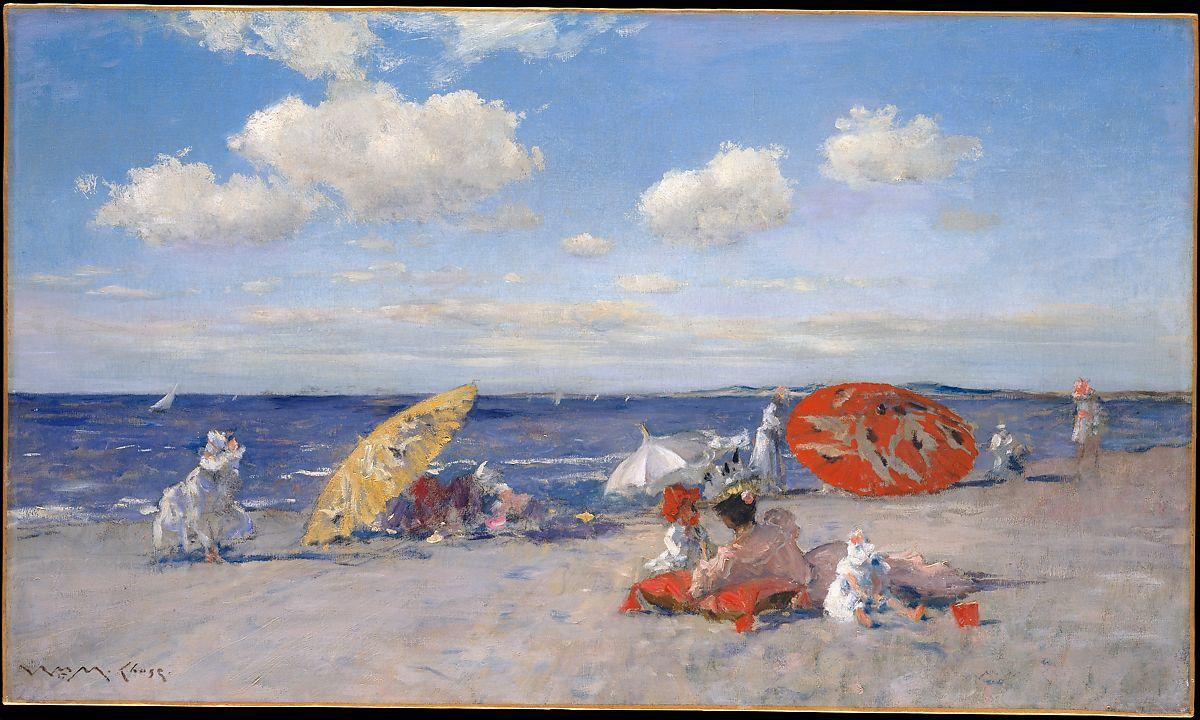 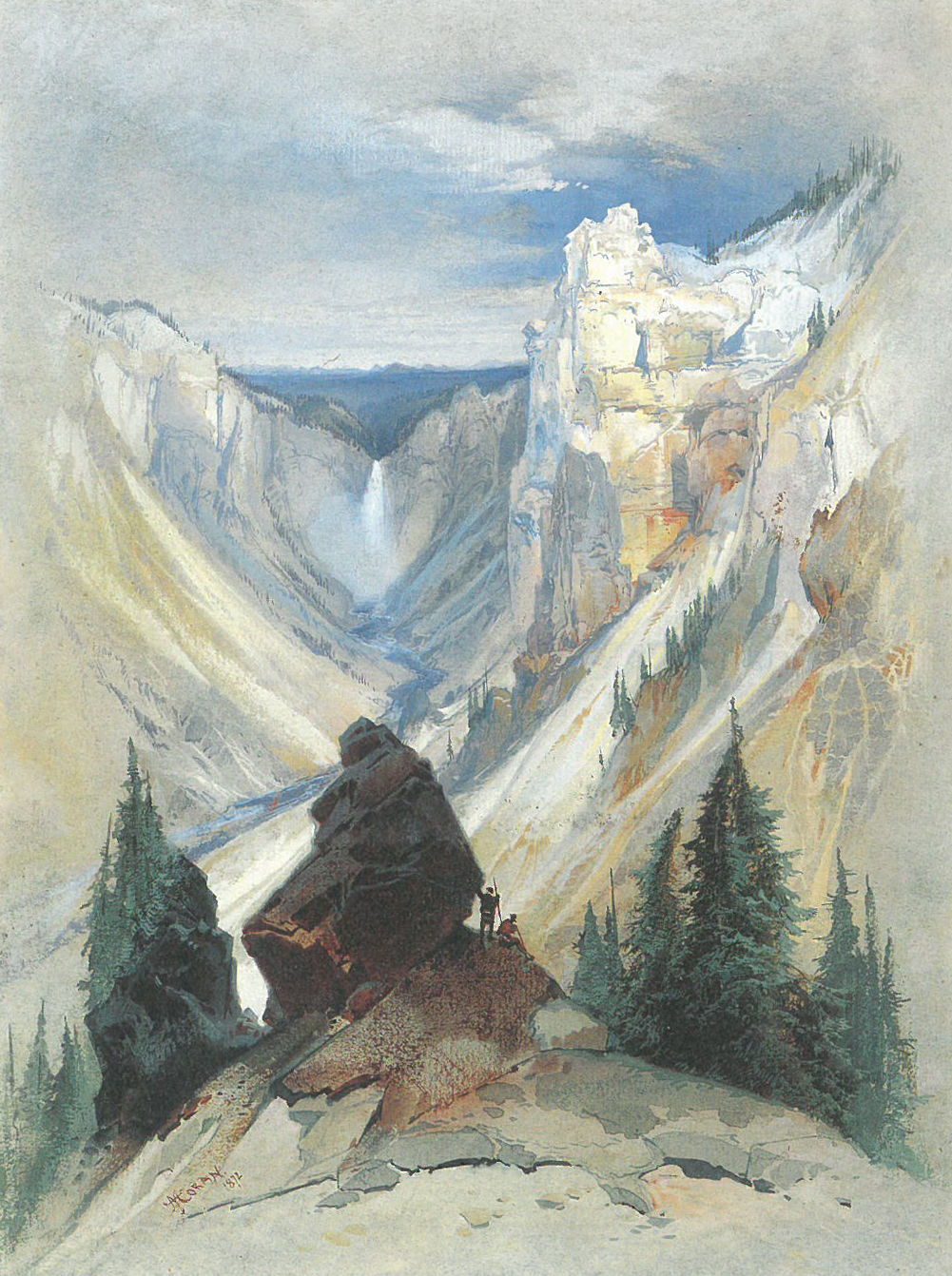 Moran, Grand Canyon of the Yellowstone, 1872

Moran, Grand Canyon of the Yellowstone, 1872

Grocery shopping has become a big chore, and I am not talking gourmet. Husband Dave and I went to Costco and Carrs once again — no frozen broccoli, or Dawn detergent. While no one can leave home, except for necessities, I began thinking about all the aesthetic riches this country has. While other countries like England and Germany are funding out-of-work artists, the U.S. has never made creativity a priority, especially now. American arts need love and money more than ever. Major museums are offering virtual tours online—take advantage! Art organizations are asking for donations via email. The trick is to find the one that turns you on. Local organizations often supply immediate gratification as you can see your dollars or in-situ-volunteering at work. America has many artists who have captured her colors and textures. Works contextualized (not always visually implied) where we came from and where we need to go. American art inspires the adventuresome to draw, paint, or snap photos. So while you are contemplating being generous, here is my complimentary gift to ‘Anchorage Press’ readers who feel understandably shack-wacky.

Artist William Merritt Chase (1849-1916) was a teacher/painter originating in Indiana. He enrolled in New York’s National Academy of Design. Forced to relocate to St. Louis because his family had financial issues, he first became a Midwestern painter and advisor to local collectors who sent him to Europe where he also studied. Chase returned to New York City, taught at the Arts Students League, and opened Shinnecock Hills Summer School of Art on Long Island. He continued to conduct European art tours and even influenced early California painters at the Carmel-by-the-Sea art colony. Chase’s ‘At the Seaside, 1892,’ shows nineteenth century vacationers lounging on a Southampton Beach. This was the Edith Wharton Gilded Age with all its privileges. In this piece, mothers and nannies sit under large umbrellas gazing at the Atlantic, while children dressed in white, including bonnets, play in the sand. The postwar fashion of sun-burning until Coppertone’d is not in this work. I love American Impressionism; it’s more brazen with heavier brush marks than its European counterparts. The red umbrella, red pillow and touch of red under the yellow umbrella form a triangle, which hold those on the beach together, even though they may not interact. The mustard umbrella keeps the blue sky from getting too sweet, and nicely opposes the bluey-red ocean. Impressionistic sailboats connect with white clouds, a distant headland, and a few small whitecaps, all bouncing the viewer’s gaze from beach to ‘wild blue yonder’. Adding vibrancy, yellow, blue and red flecks can be found in the sand and water. It reminds me of post-war summers on Martha’s Vineyard. Realty check: Ninety-six miles away were Lower Manhattan slums, where tattered clothed children played in verminous gutters outside crowded tenements—Coney Island, which would become the playground of the working classes, was a few years from opening.

Artist Thomas Moran (1837-1926) was an illustrator for ‘Scribner’s Monthly.’ He traveled to London and became influenced by J.M.W Turner. In 1871 he joined the Hayden Geological Survey team that explored the Yellowstone. Moran’s artwork inspired Congress to establish Yellowstone National Park, 1872, and is forever embedded into the park’s history. ‘Grand Cañon of the Yellowstone, 1872’, depicts the grandeur using repeating inverted triangular shapes. Triangulation is echoed in the pine trees that add textural contrast as does the endless cloudy sky in the background. Moran could render rocks, complete with fissures, weighty and solid. American Romanticism often shows small figures standing on promontories, overpowered by the enormity of the landscape. Moran, who also lived in the Hamptons, would go-West when the weather was mild. He’d take sketches and watercolors back to his East Coast studio, where he would make large epic oil paintings for wealthy patrons. Construction of the Northern Pacific Railway allowed artists and tourists to conveniently experience Yellowstone. Reality check: What you don’t see are Native Americans who lost much of this land to the White Man’s Manifest Destiny, justification for conquering the West.

Last month I went to the College Art Conference, Chicago to read my paper: ‘Climate Change Alert through Arctic Aesthetics’. Choosing not to venture out in the sub-zero wind and snow, blowing off Lake Michigan, I headed to the conference booksellers and came upon ‘Painting California, Seascapes and Beach Towns, Paintings of the California Art Club’. Pacific coast artists with their endless sunshine were also influenced by European Impressionism. Ian Roberts’ (b.1952) ‘Evening Tomales Bay, 2004,’ would be scrumptious, if it were edible. His ultramarine blue in the center path pulls towards the same blue found in the headland across the bay, while phthalo-blue-green water and sky nicely contrast. Meanwhile, orangey-reds and orangey-yellows, which describe fields in the middle-ground, dance in the wind creating more dissimilarity. Winding along the path are green-yellow grasses that point to the deep olive trees hugging the nearby shore. Realty check: California suffers from earthquakes, droughts and fires that don’t become pretty pictures. Also missing are migrant workers.

Looking at others who paint America should inspire (not intimidate) us hunkered-down folks to get ready to create our version of the great outdoors when this virus-lockdown ends. Of course, you can always make art indoors—set up a still life! Here’s an acrylic painting I did in Hawaii when husband Dave was participating at an Alaska Bar Conference, and I was bored. Outside the hotel, I found a worn rowboat nestled into palm trees. Reality check: The teapot in the boat is a reminder of the New England missionaries, who settled in Hawaii and changed Native culture, not always for the better. This painting sits in the stairwell of my house and crashed in the 2018 Earthquake unscathed. American art is needed eye-candy when sheltering-in-place.