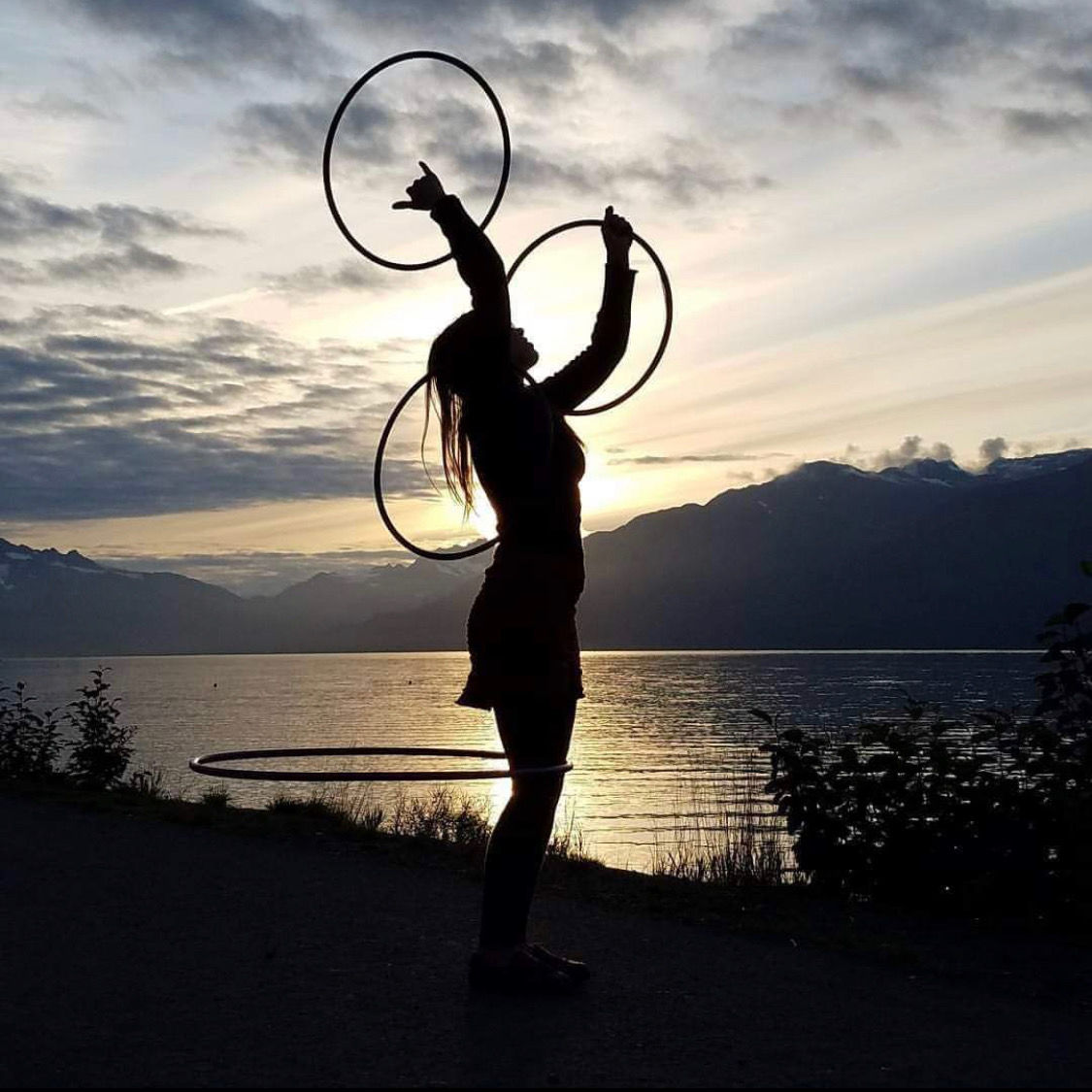 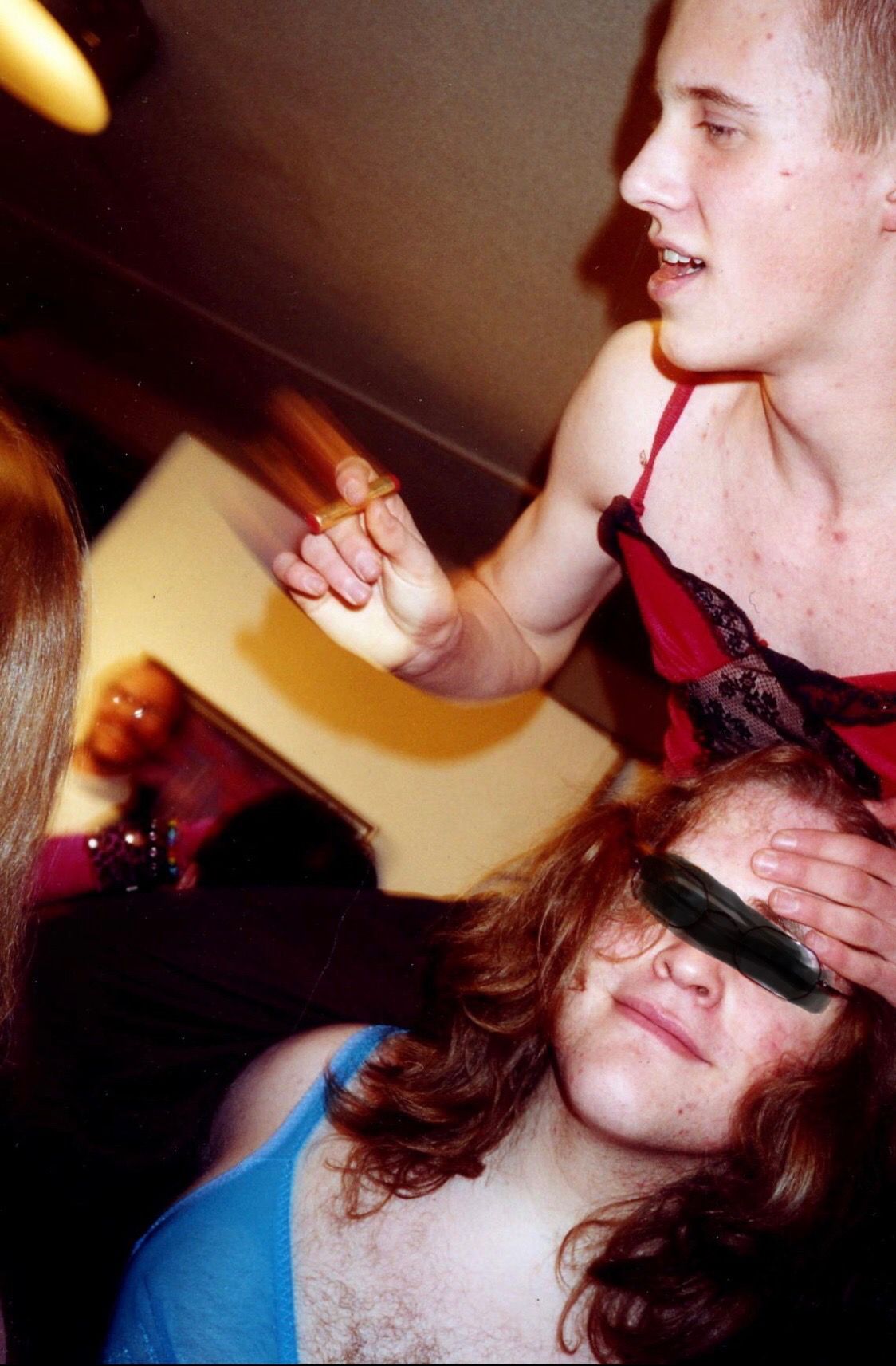 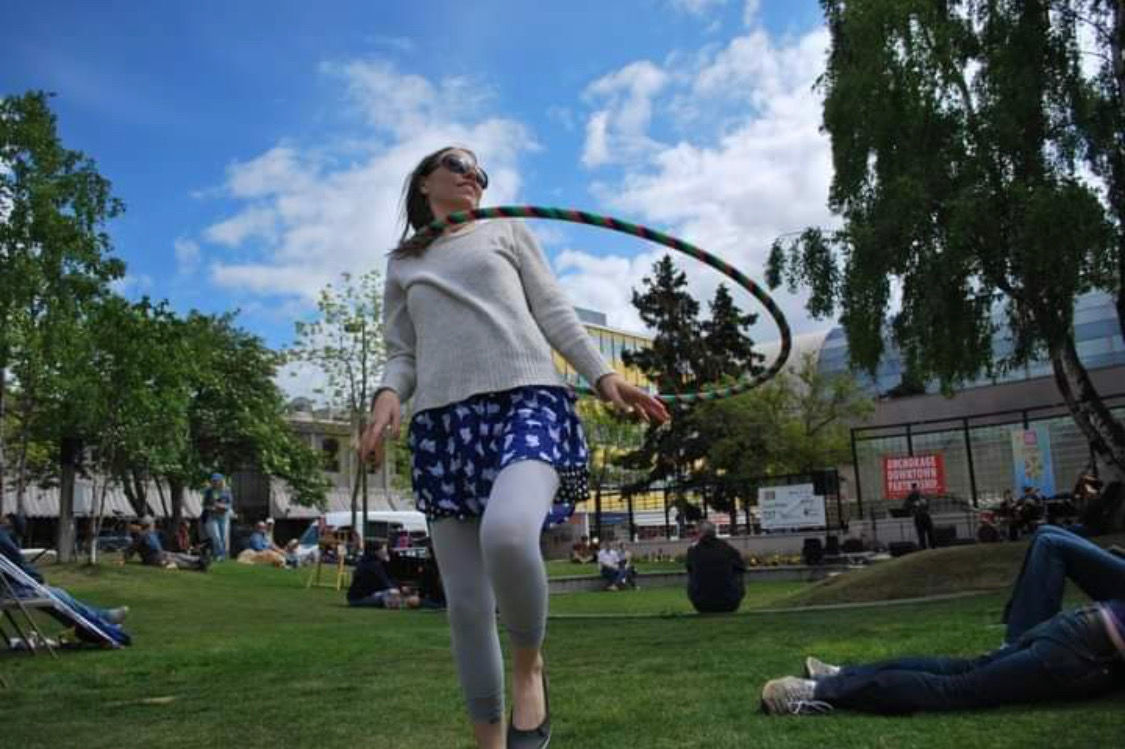 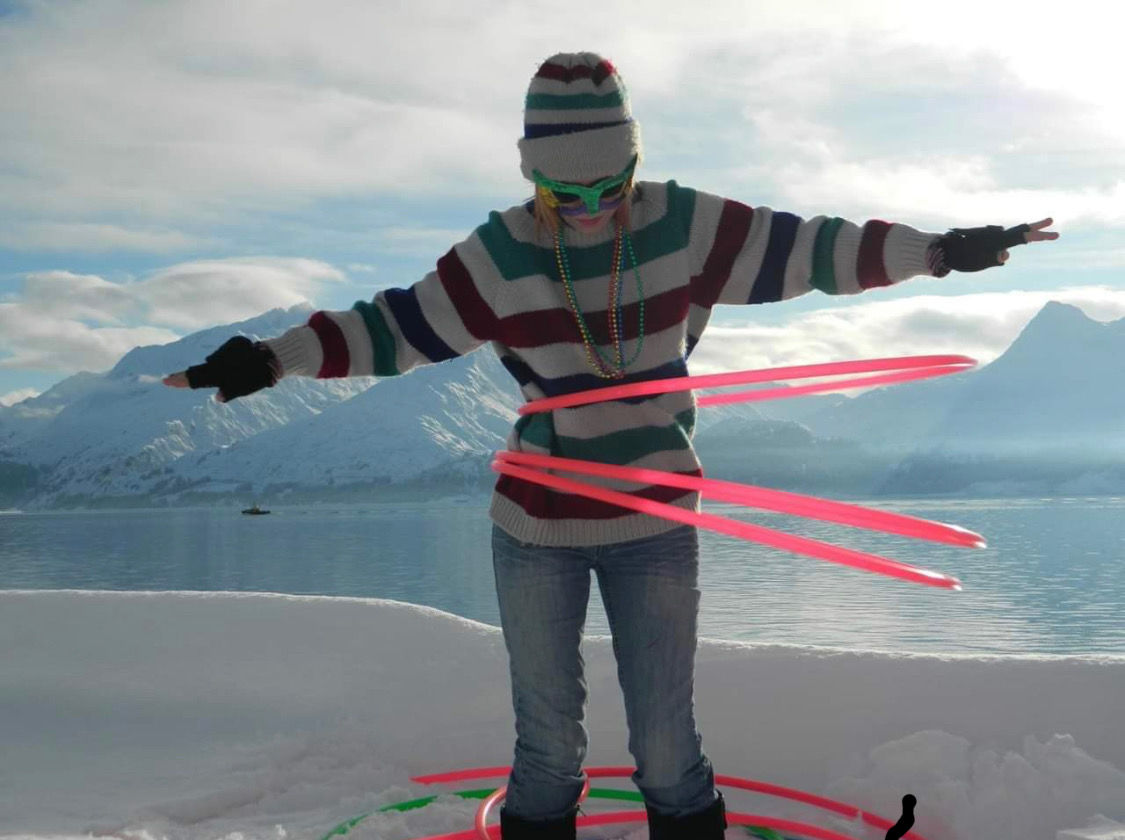 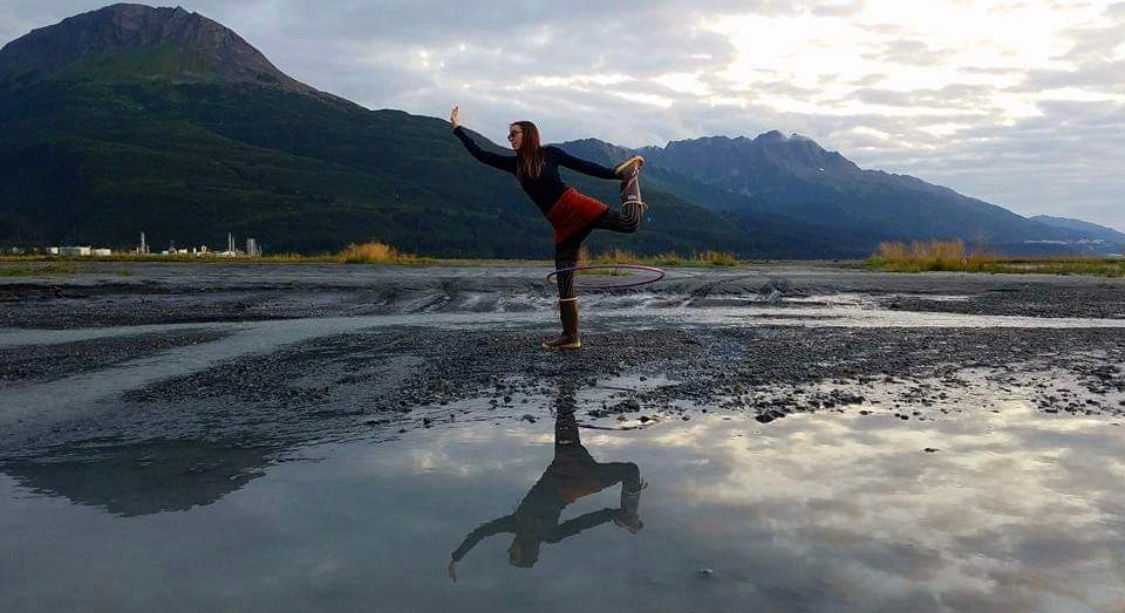 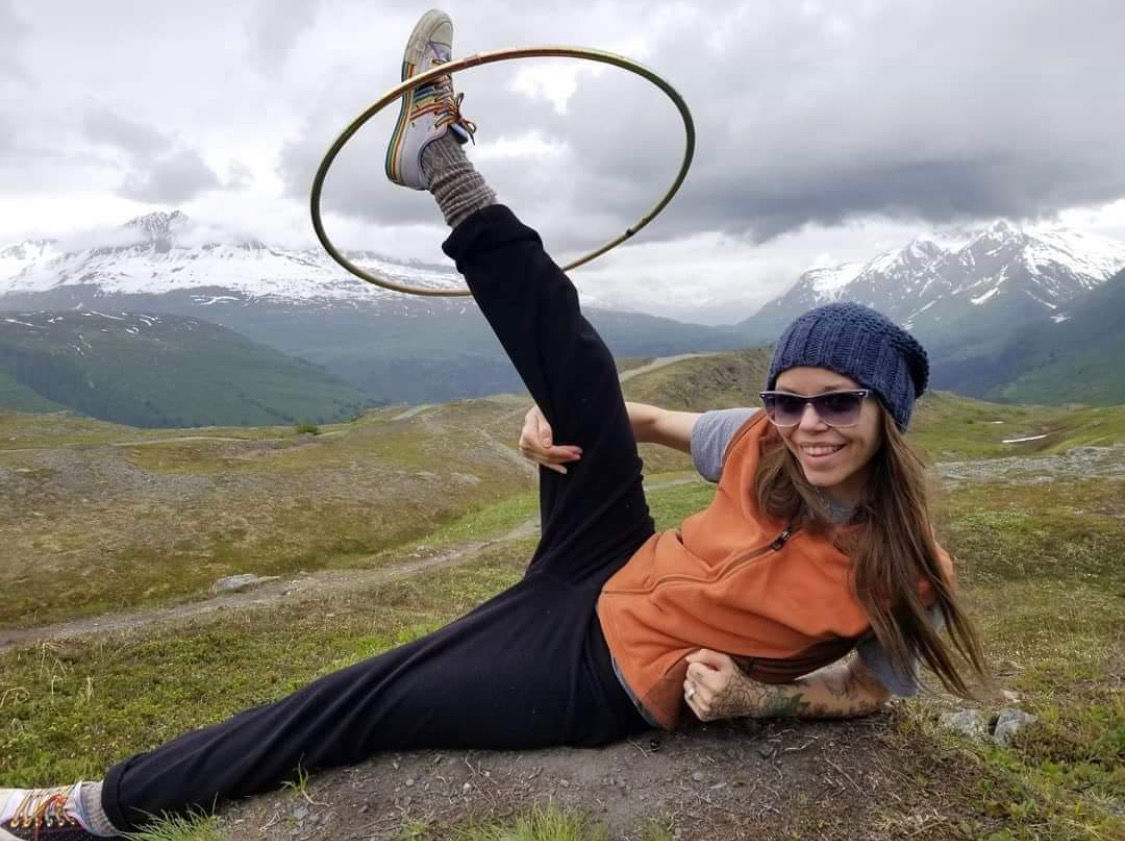 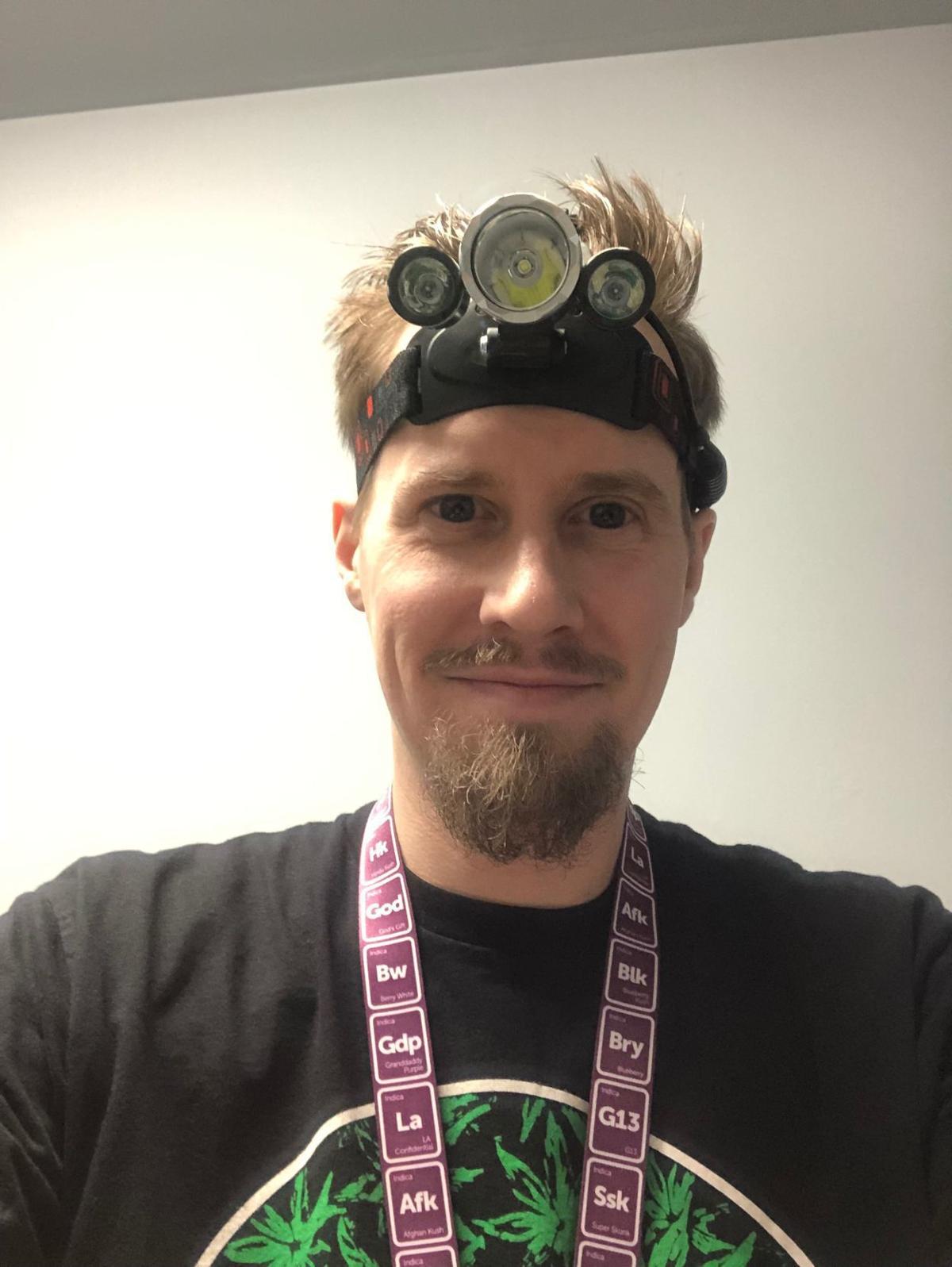 Traveling around the U.S. when I was younger, I would visit friends at their colleges, many I knew from high school theater. In tiny podunk towns the nation over, kids would whisper, almost as if it were the same mysterious trench-coated figure on a circuit, a name, of a returning director.

Anchorage is a fairly blessed place in that, without fail, for as long as I have been consciously aware, somewhere, sometime of the year, people would be invited to, regardless of gender and without judgment, put on makeup, heels, lingerie, toss on a feather boa and head out for a lovely evening dancing and screaming themselves hoarse at some manifestation of Rocky Horror.

Most reliably the place to enjoy these festivities has been Mad Myrna’s, where the Rocky Horror Show is performed every year around Halloween. The only sad part of this is, if a forty-five year old man covered in a mat of greying hair goes to try on teddies at Value Village in late October, he gets a free Halloween pass, which I feel undermines the socially defiant spirit of the lifestyle Rocky Horror promotes.

Personally, it had been liberating to experience the Rocky Horror Picture Show in high school and discover I could put on lingerie, sing, dance around, take off my pants, yell out a bunch of kinky shit in a crowd and leave with any vital part of my personality still intact. Rocky Horror showed me a freedom and a fluidity roll parties packed with ecstasy years later never did.

It made me more accepting outside of a theater. A guy comes into my shop, all going around just wearing make-up and women’s clothes in public, I don’t bust his balls about it, because I’ve kind of done the same thing. I don’t do it as a regular part of my being, but I commend the people who do, ‘cause that shit’s gotta be hard at the grocery store.

While Rocky Horror does encourage people to be free enough to question a culture that still appears to expect full heteronormativity, it does not, to my mind, promote any particular lifestyle, transvestite, gay, certainly not square. Dr. Frank N. Furter encourages the audience in a refrain to, “Give yourself over to absolute pleasure,” whatever that means to you. This just happens to be a party with a lot of heels and lace.

The standard audience experience at a theatrical production is, the audience walks into a building where they are immediately corralled and ushered to the allocated spot of their most civil containment, allowed to applaud at appropriate moments, most especially the end, stand up for that part if they feel like it, and head out for the parking lot.

At Rocky Horror you get to have more fun than that. It’s effectively required. Cast members banter with the audience as they are seated, or, served beverages, and then seated. At some point The Usherette lays out ground rules like Fight Club. At Myrna’s that means traditional Rocky Horror Picture Show audience props have to be left out of the mayhem due to technical limitations of the small space. A lot of the choreography requires being on the ground and kneeling on dry rice is literally a torture method. I have also seen Dr. Frank N. Furter take a Hebrew National to the eye in another production, despite our strict “no hot dog” policy.

You are, however, encouraged to interject obscenities into the performance as tradition dictates and a few simple ones are offered for the uninitiated. All are invited to gleefully call out, “Slut!” any time prim Janet Weiss’s name is mentioned, and to call Brad Majors, “Asshole!” any time he is named, pretty much for being an uptight asshole for 95% of the production. The Usherette directs the audience to chant “R-O-C-K-Y!” and then a horde of cross-dressing space aliens and freaks from the planet Transylvania pour into the performance space for the opening number, ‘Science Fiction Double Feature’.

There’s a whole fucked-out spent-up feel to the curtain call at Rocky Horror, and part of it is from the whole room being wasted, but a lot of it is the crazy finale sequence the audience is brought through beginning with the Floor Show, at a point in the plot where the excitement of Dr. Furter’s party has turned dark and the cast is beset with existential confusion and regret before Frank’s downfall.

By this point in the show the audience has seen a barrage of Transvestite alien mayhem, a lot of sex, some murder, and a dash of cannibalism. There comes a moment when lights dim and the action on stage slows in order to correctly prepare everyone for the preposterous but vaguely emotional falling action.

In that moment the audience spends a little time being treated to a performance by local hula hooper and hoopsmith, Samantha Rodgers. Samantha has a lifelong relationship with and fondness for the show, and this year’s performance of the Rocky Horror Show is especially meaningful for her. She had first been able to participate in Rocky as a cast member eight years ago, but received a head injury a few days after closing night, and has only now been able to get back to Rocky, at least on stage. The injury left her unable to remember the words to Rocky Horror. She has, fortunately, made a full recovery and her skull is also OK.

Is Rocky Horror just a goof, or is there more to it than that?

Samantha: I think Rocky Horror is more than a way to goof off for many, myself included. It is an excuse to goof off, but it has about as deep of meaning as you put into it. Rocky Horror is an escape. It’s always fun for people to have something they get dressed up for, and usually if they don’t know what’s going on it’s fun, and it’s definitely a tradition to bring ‘virgins’ to the show, to have them put on corsets and bras and don’t tell them anything.

For me, it marks pivotal times in my life. I’ve always been avidly into Rocky Horror, and when I first started it was something fun to do, an excuse to hang out with my sister and her college friends before I knew what the show was really about. When I was first on the cast eight years ago, sitting in the first readthrough, I was like, ‘Oh, snap, this is more raunchy than I realized!’ It actually helped me understand who I was, and I think that’s what the show really does, it helps people find themselves and share with others things they might not have been comfortable sharing. In Anchorage I had always been drawn to the productions and then in my twenties it was the first show I performed. It was the best period of my adulthood up ‘til that point and I was making my dreams come true. Three days after the show ended I hit my head and couldn’t remember the words to my favorite musical, which was a trip.

Does cannabis make you more expressive?

Samantha: Infusing cannabis with theater or music can make for a great thing. Being a person with ADHD, cannabis helps me be more laid back in the artistic process. Especially after my head injury, that made my symptoms worse. I feel like getting a handle on this was part of how I made my way back to hula hooping in Rocky Horror this year. Cannabis is also a great bonding tool, a nice way for people to get to know each other, especially a cast. My first year I got involved with the production, I had a cast member who I would bond with over fat joints. We built our connection from that.

What role did cannabis play in getting you back to Rocky?

Hula hooping and cannabis are two things that I have been combining since sustaining my injury eight years ago this November. They were my tools that I used to get my health and happiness back when nothing else worked. When I hit my head I lived in chronic pain for six years and without cannabis I don’t think I could have gotten back into the workforce out of chronic pain. Without medication, after a long road, I’m now performing again. I will be hula hooping with my favorite shows this fall, The Rocky Horror Show and Hedwig And The Angry Inch, the same two productions I was with during the months before my life was turned upside down.

This year, the Rocky Horror Show at Mad Myrna’s closes November 16. Opening night is Friday October 18 at 7:00pm and I plan to be there… in something silky.