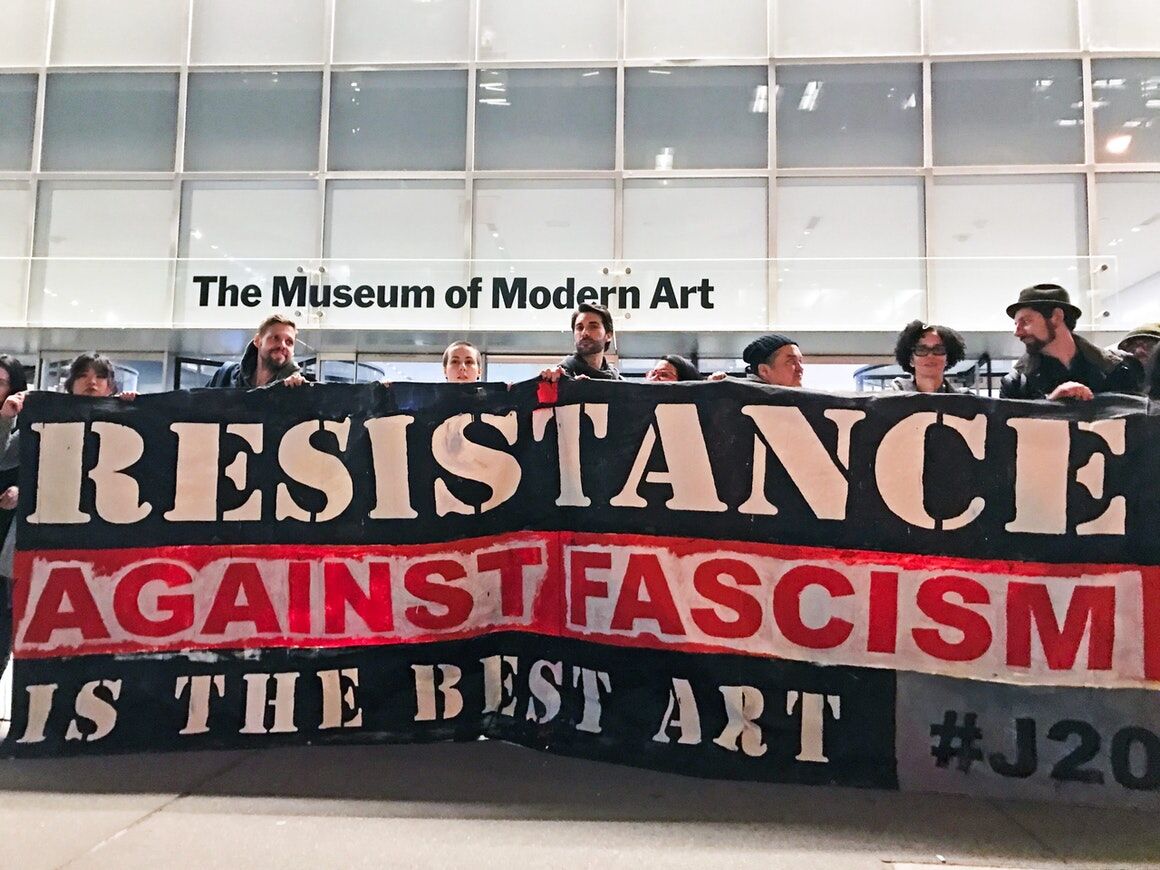 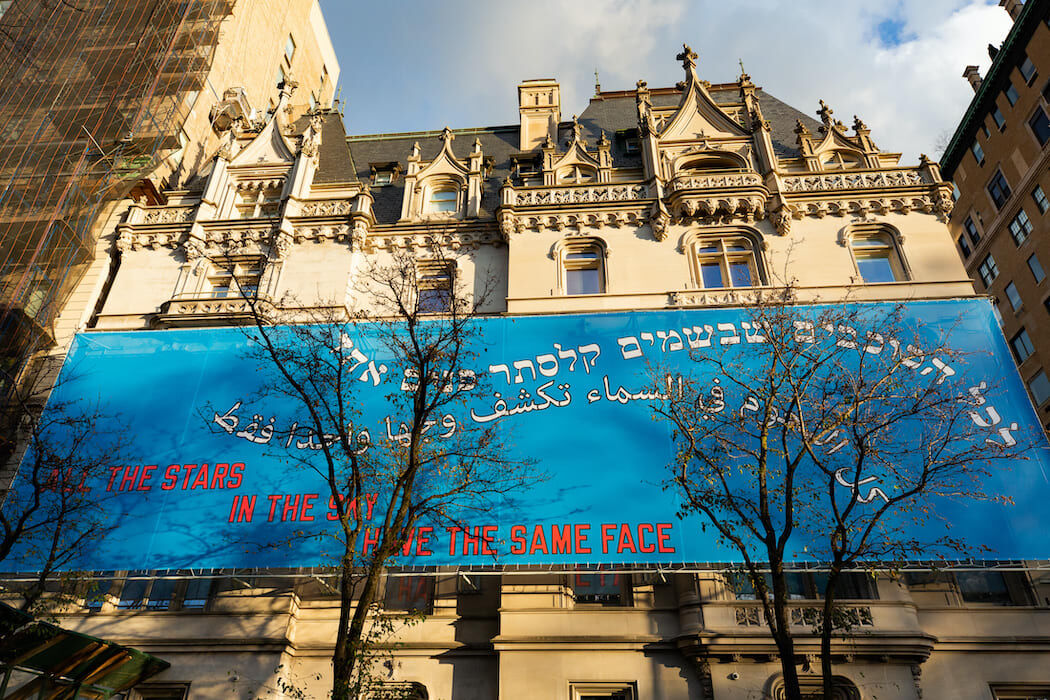 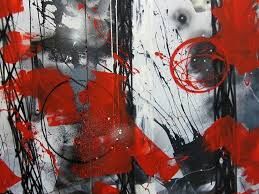 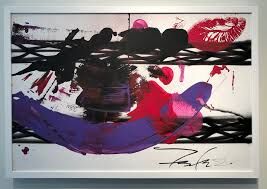 Covid hasn’t stopped art in spite of museum closures. In addition to webinars, more artists are using outdoor walls. My question: is it all graffiti? Most people think of graffiti as something that has been painted without permission--blight on landscape. And, the artist has to be almost athletic, even if the job is legal. What if illegal imagery is accepted into a posh gallery and sold for large sums?  Being offered up to the gods of creativity makes the artist not only rich but a legendary folk hero.  Does that forgive the maker who broke the law by defacing property?

One of the definitions of graffiti is that the writer/painter wishes to be noticed. The Berlin Wall, a fragment of its former self, and ironically now a tourist attraction, continues to be a place where graffiti is not only permitted, it is applauded. Another twist is the graffiti international star, Banksy, famous and rich for being unknown--a double negative of sorts.

OK, what if an artist is paid to design an outdoor mural? Here’s a mystery. Suddenly the building owner claimed he had no knowledge of the paint job, and like the end of a play, everyone involved, got social media attention.  Well, the scenario is called “Cookie Monster Mural Puzzles Artist and Enrages Property Owner, (NYT/12/16/2020).”  Joshua Hawkins claimed he was paid to paint Cookie Monster along with three Russian words, ‘Peace, Land, Cookies’ on a commercial building in Peoria, Illinois.  A few days later the owner surfaced, had a fit, and erased the picture. The property owner claimed he knew nothing and hadn’t paid the artist. The artist claimed the person who paid him and the building owner had the same name. So, after having been chastised for white-washing Cookie Monster, the property owner miraculously created a contest where he would select a winning design for the now blank space.  Was this a scam? Whatever the true story, it was all brought about by graffiti.

Another definition of street art is that it’s temporary.  Recently, artists protested in front of New York City’s MoMA to have Leon Black, a business associate of Jeffrey Epstein, removed from the board.  Well, the banner might be temporary street art, as words and imagery conjoined.  And there were certainly an abundance of egos. The museum didn’t give permission either. But was it graffiti?  The banner read, ‘Resistance Against Fascism is the Best Art’,  which certainly could pass as socio-political street art.

Moving on: is temporary signage that has a social bent and has been given permission to be displayed-- graffiti? New York’s Jewish Museum just hung a giant Lawrence Weiner banner, “All the Stars in the Sky have the Same Face” with lettering in Hebrew, Arabic and English, on the façade of its Park Avenue address. Like everyone, this institution is frustrated that required social-distancing has meant fewer people in the museum. Their early Twentieth Century structure resembling a French Chateau is the former home of the Warburgs, banking scions, who might not take kindly to material, hanging like laundry, from their Beaux-Arts mansion. The banner is a temporary attention getter, mixing words and pictures--but is it graffiti?

What about a ‘stop sign’? Apparently, William Phelps Eno proudly invented the stop sign at the turn of the century. It has permanence; it passes the ‘I am important’ test, as city planners decide what particular streets should have a pause, for safety, or announcing a commercial district.  So a ‘stop sign’ has a remunerative component even if not considered graffiti. But what if it’s spray painted, stolen and then fetches up in a gallery as an art piece?

Can canonized art which also employs verbiage be considered graffiti? Consider painter Ed Rusca who often overlays landscapes with words. And, what about Eighteenth Century Spanish portraiture, which often was treated like a family Bible, listing descendants and family events, on the bottom of canvases. If you were in the market for a genuine ‘Retrato’, you’d welcome all the scribble. So, are there rules/qualifications needed for art to be art? And who are the graffiti police anyway?

Known for unique abstract street art, he has designed record covers, clothing, toys and consumer labels. In the book, ‘Futura-isms’, McGurr says, “Legal or not, artists should concentrate on making GOOD WORK, because that’s all you’ll be judged by (24).” While he encourages artists to paint wherever, he condones defacing monuments and cautions off-limit areas (25).  “That’s how the graffiti thing happened. I think we really wanted to express ourselves. We were willing to break the law to do it (40).”

McGurr was rejected from La Guardia High School of Music and Art because his portfolio was deemed weak (73). Various low pay jobs like grocery bag boy, delivery driver, a brief stint at City College of New York, and his four years in US Military gave him a broad perspective (43, 45,129). Futura claims his true schooling comes from ‘angst and rebellion’ and his style is “abstract, next level, unconscious, different….It’s about maintaining originality….I think that my style of work—the paintings, the characters—just lent themselves to sounds (40, 59,60,64).”

“In reality, art is for the public, you know (87)?” McGurr says, “The transition from the street and the subway to the gallery is a very difficult one; how do you justify the content of your work now that it’s in a gallery (94)?”  Futura believes, “The essence of what graffiti is…is creating this identity and taking it to the public (8).” But isn’t that what all art is about?

Jean Bundy is a writer/painter in Anchorage, Climate Envoy for AICA-International and Art Chair for Earth Bill Network.