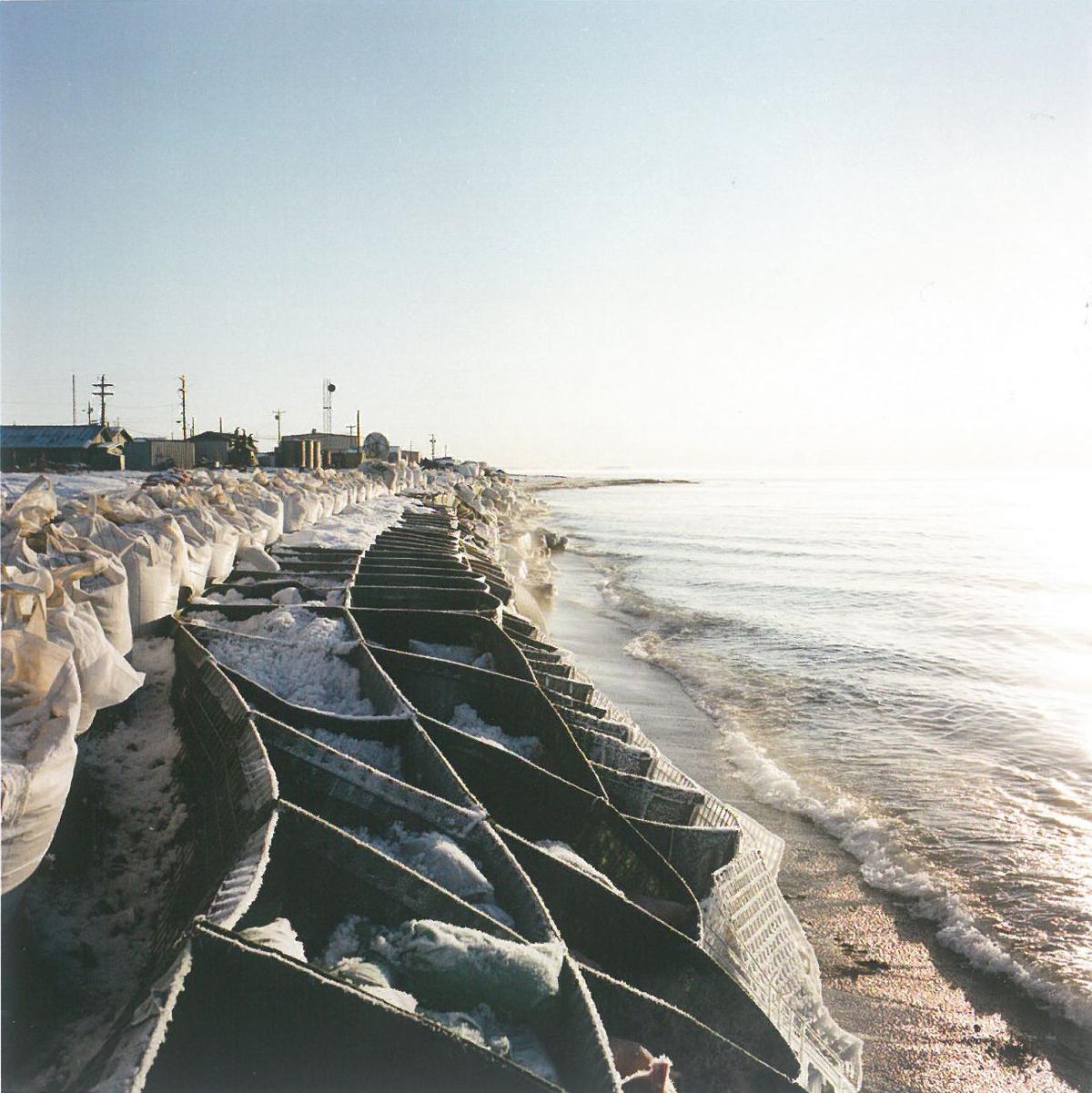 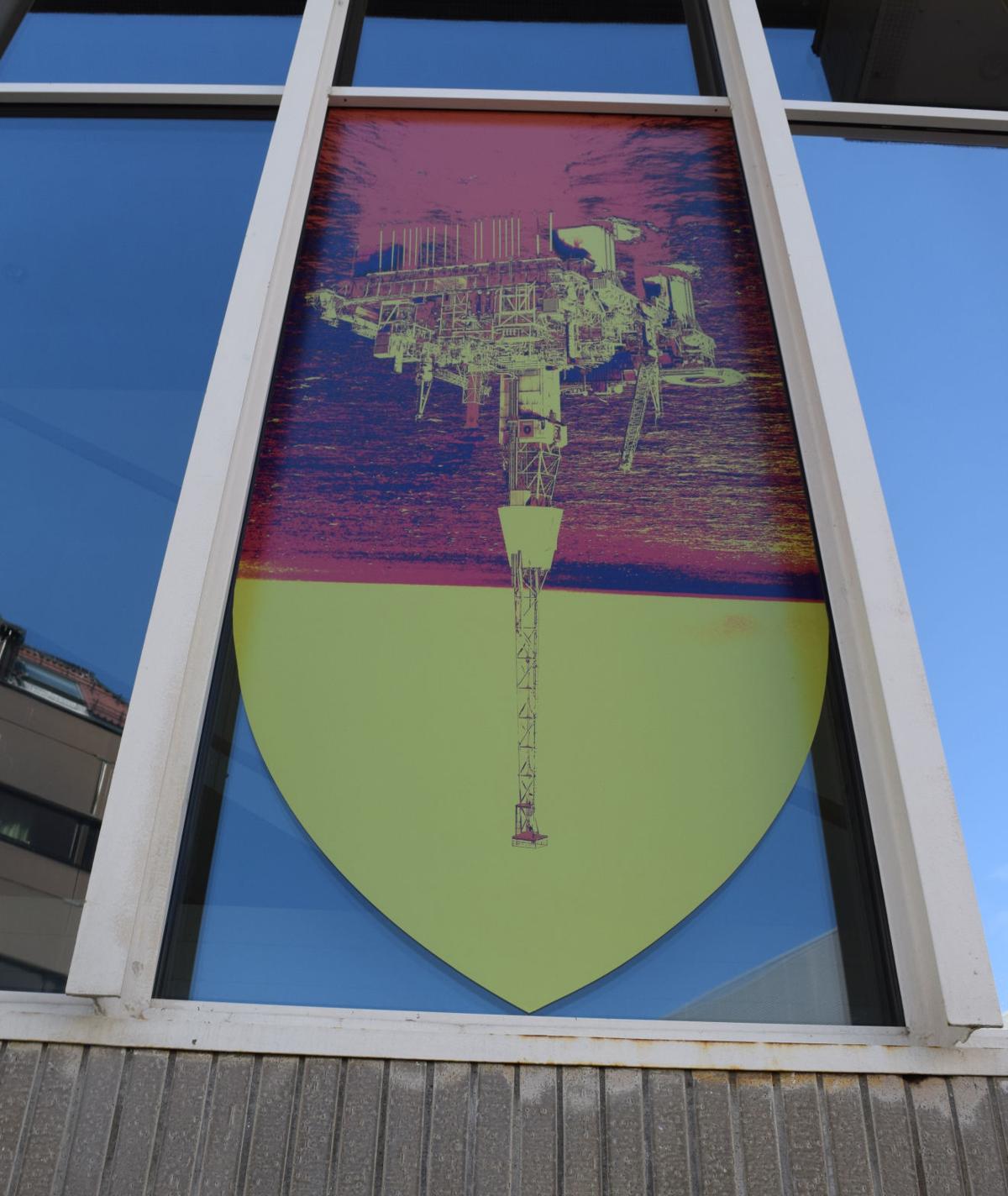 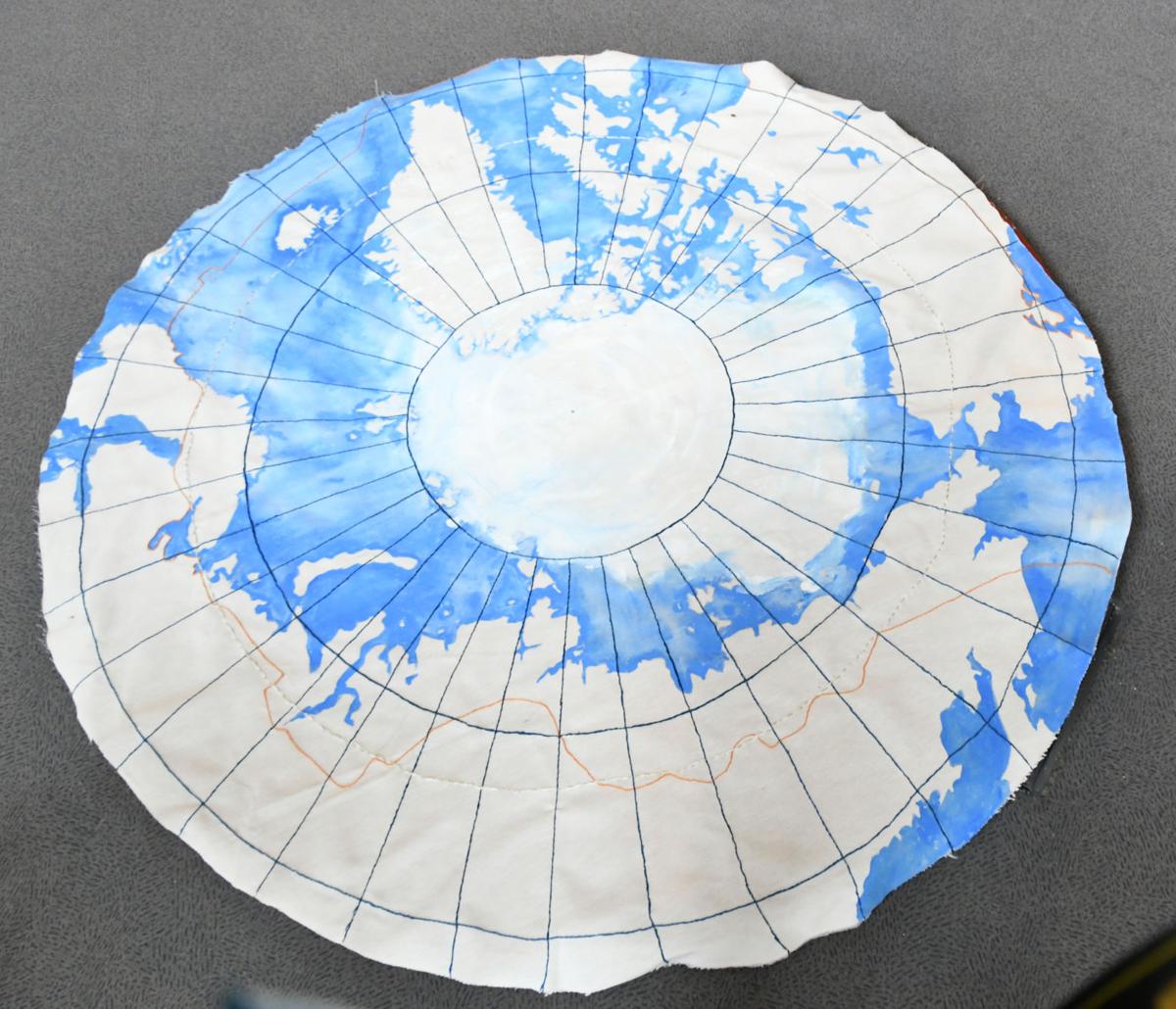 At this month’s College Art Association Conference in Chicago, I presented: ‘Climate Change Alert through Arctic Aesthetics’, for a session entitled ‘Art Criticism Between and Around the Coasts’.

Here is an excerpt: In the Eighteenth Century Captain Cook era, when exploration and desired acquisition of the Pacific Northwest was mapped and illustrated, it became evident that these locations had abundant flora, fauna, and minerals. Encountering the Indigenous, who were often abused, was a resource for survival, scientific research, and financial gain, which continued through the Russian takeover, the Alaska purchase, 1867 and yes, through Statehood, 1959. In the Twenty-First Century, Alaska Natives and other Arctic aboriginals are finally being appreciated for stewardship of their lands and acute awareness of Bush Climate Change. Explorers/scientists and tourists venture to the 49th state, not to claim territory, but to paint, photograph, wilderness adventure, and observe/document the Arctic with cameras/instrumentation unimaginable to Cook. Alaska’s changing environment has been obvious to all residents for the past several decades. Increased forest fires, die-offs of: Salmon, Murres, and Seals, bug infested trees, and toxic algae, are evident in urban areas as well. Increasing amounts of CO2 found in the ocean are also leaching out of the ground as tundra melts, witnessed by rising/falling Pingos. These are humongous problems that can’t be solved without cooperation from governments willing to shell out large sums of cash, while putting their countries on energy diets and adopting more user-friendly recycling and pollution programs.

So, does educating the public to the rapidly melting Arctic through aesthetic visualization do any good? And are there ironic silver linings found within Global Warming such as: longer growing seasons, anthropological discoveries, Arctic communities benefitting from installation of fiber-optic cables because of the surfacing Northwest Passage? Aesthetic narratives, that steamroll Captain Cook’s masculine adventure fantasies, get replaced by gender-neutral themes: oceanic pollution, sea ice melt, coastal erosion, and respect for Indigenous populations. Three artists working across the Arctic possess different backgrounds which culminate in multiple perspectives, making art to heighten awareness of Climate Change, thus heralding the aesthetic importance of the North.

Jónsdóttir hand stitched/painted the Eight countries that reside in the Arctic Circle, saying she wanted to be “involved with issues concerning the ecology of the planet….[and to encourage engagement] in the beauty of the Arctic, both physically and psychologically.” Looking at the world from the top down, disorients, but ultimately creates a greater sensitivity about this region and its importance to the rest of the globe, in light of accelerated melting.

Referencing Alaska, beginning with Russian colonization, and continuing under U.S. ownership, white Settlers came and established towns and businesses without recognizing the historical rights of Indigenous populations. The Alaska Natives Claims Settlement Act, 1971 (ANCSA) resolved aboriginal land rights by transferring 40 million acres of land to about 200 corporations in which Alaska Natives are shareholders. Because the corporations are businesses and not governments, ongoing disputes between Native villages and the Federal/State agencies continue. Scandinavia’s history is also about white Settlers/entrepreneurs disrupting the semi-nomadic Sámi ancient traditions. Like Alaska Natives, Sámi view land as a borrowed gift/resource for hunting and fishing and don’t conceive of land as Western ownership/real estate. In the late Nineteenth Century, the Norwegian government began appropriating Sámi lands which were resource-rich and economically viable. Today,Scandinavian countries cull Sámi reindeer herds, rationalizing there are too many per acre as grazing lands are more remunerative developed for natural resources. Indigenous groups are fighting back to be guardians of all things land/sea related, and are becoming appreciated for their acute understanding of Nature’s harmonies/balances. Tourism has become a new resource for Arctic prosperity, with Indigenous art the preferred commodity sold. Many residing in the North feel there are too many tourists, too many cruise ships, polluting/eroding. Finding an Arctic voice, which appreciates the beauty of landscape/wildlife, while coping with Twenty-First century development, continues to challenge ancient Indigenous ways, and now the impact of Global Warming. Can there ever be a balance between development and the environment?

Adams’ photograph seeks humanity beneath the surface. Kivalina is an island of four hundred Iñupiaq residents in the Northwest Arctic Borough, which is slowly returning to the sea. Residents hunt the Bowhead whale, which becomes harder as ice packs grow thinner. Before missionaries were sent to Alaska and imposed Western ideas of stationary communities upon Natives, seasonal relocation to inland fish camps was the norm. Disruption becomes a much bigger deal when towns with buildings, bureaucracies, and communication systems are permanent places. Boxes and sandbags are a temporary fix to the reality that endangered villages will eventually have to move and at great expense.

Ranis’ Faith (2017), a transparent digital print of an inverted oil rig superimposed against an Arctic sunrise/sunset, situated in a window, mimics stained glass, suggesting sacred venues of contemplation and rejuvenation. He positions this handsome machine, center stage, like the image of a saint in a cathedral window. This upside down rig allows viewers to contemplate mechanisms that extract needed oil, providing Norway with wealth and social services, but also the possibility of an environmental disaster. The sunrise/sunset becomes a metaphor for considering frictions between increased mineral exploration, and Sámi reindeer herders lobbying to preserve needed pasture lands. The Arctic tug between preserving raw beauty and harnessing nature for profit continues throughout all communities. In Alaska the debate about whether to allow copper mining near Bristol Bay, home to commercial and recreational salmon fishing, continues with the conundrum that providing jobs to Indigenous locals, who can’t rely on total subsistence, may pose environmental consequences if a mine were to leach toxins.

Artists with a sincere investment in the Earth are not only stewards, but beacons for the mess that needs cleaning-up.

Jean Bundy, Climate Change Envoy to AICA-INT is a writer, painter in Anchorage