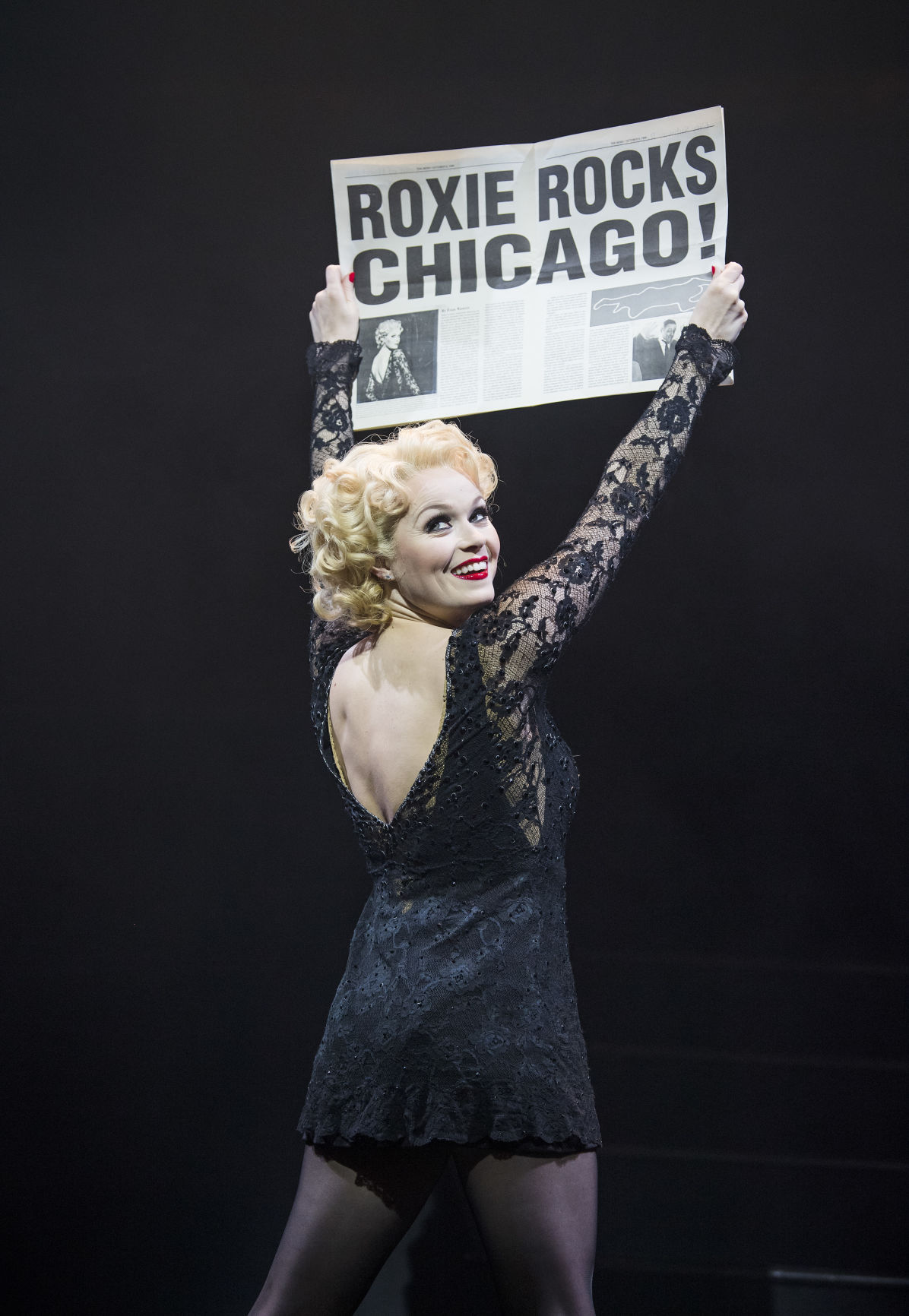 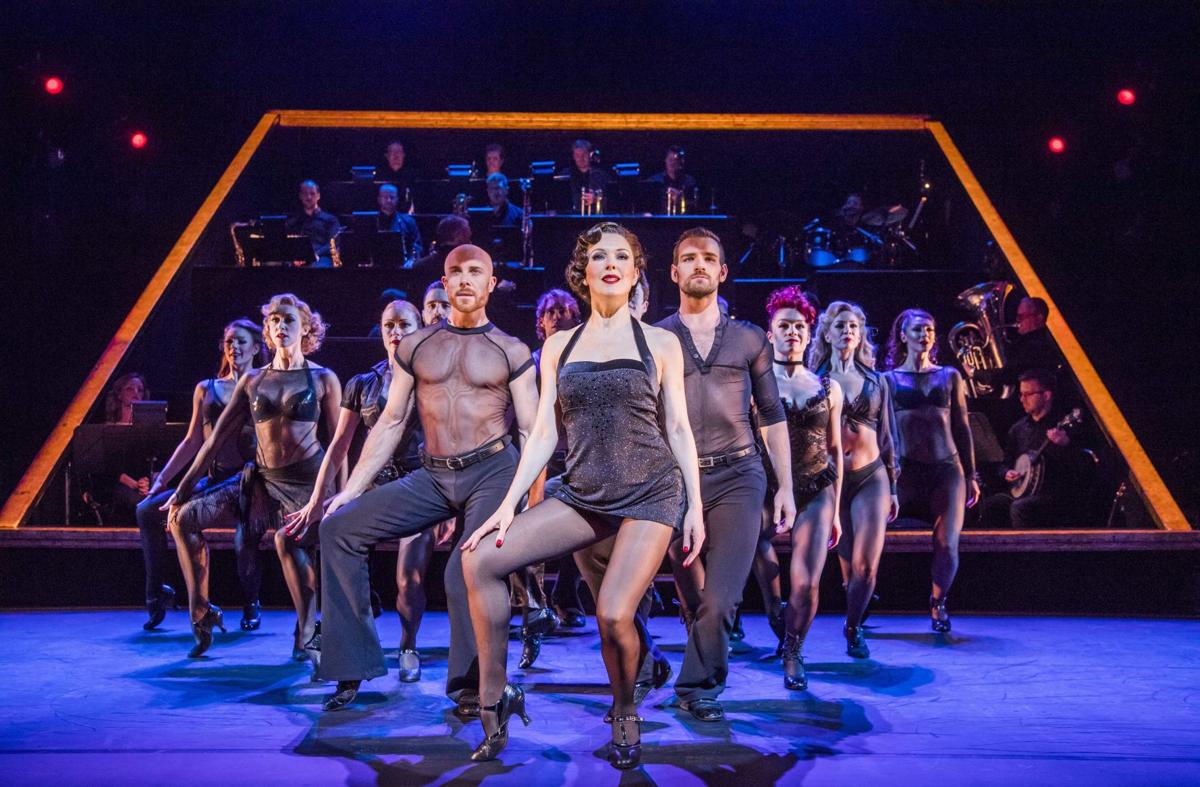 As Chicago the Musical rolls into Anchorage, playing each night through Sunday to packed houses at Atwood Hall it will be a homecoming a long time in coming for one of the cast’s stars.

Nicholas Manelick, who plays the role of Billy Flynn — portrayed by Richard Gere in the 2003 Best Picture-winning film rendition of Chicago — spent much of his youth in Alaska, but hasn’t been back in 20 years.

“Everybody I know from Alaska it seems comes through LAX when they fly abroad, so I usually have lunch meetings with them at LAX, meet them at ‘our spot’ and, you know, they go back home. But I’ve never had the opportunity to go back up there,” Manelick said last week. “My family is still there; I can’t wait to see my brothers, my step-mom and there are a couple of kids I’ve yet to meet.”

Bouncing between parents in Pennsylvania and Alaska, Manelick attended high school back east, but his sister went to Colony High and his brother Chugiak. Manelick did coach volleyball at Wasilla High during his summers here. He’s excited to perform a film favorite in front of so many people who knew him then.

“I think it’s a fun show; it’s definitely not for the faint of heart — it’s cheeky and a little bit naughty,” Manelick said. “It’s a stylized chorus and the outfits are kind of revealing… It’s an adult show — it’s a Vegas-y kind of naughty show and it’s fun and it’s funny. I think Alaskans will like it. They’re a no-nonsense people who are a little bit irreverent and rough around the edges.”

Manelick’s Billy Flynn is a bombastic, somewhat amoral and opportunistic defense attorney charged with defending Roxie, played in the movie version by Renee Zellwegger and in the traveling production by Leslie Stevens, who murders a two-timing beau, but whose trial becomes a media circus, making the showgirl more famous than she could ever have dreamed.

“I find Roxie to have a little more of an edge; she’s lived a little more of a harder life and it’s made her a tough cookie doing her best to play out the situation with publicity to make this work,” Stevens said, contrasting her Roxie with the movie version’s. “I’m a big fan of Renee Zellwegger’s Roxie, but she had a softer kind of quality and I think I’ve chosen to only put that side on when it suits her purpose — otherwise, she’s an edgy, survival girl.”

The musical, as a whole, has a considerably different feel than the movie, too, Stevens said.

“In the musical everything stays stylized; the story is being told in an almost Vaudevilliean setting,” she said. “In the film there are some musical numbers, but then the scene jumps into a real jail cell and then using cinema cuts it creates a fantasy space, but for us it all exists on the stage. There’s a live orchestra in front of an audience all the time.”

Though set in the 1920s, and based loosely on actual events, the message of Chicago — originally performed in the mid-1970s — remains every bit as relevant today, Stevens said.

“It keeps you entertained, but it’s also a story about something human and uniquely American and how our identity gets tangled up with celebrity culture and how the role of the individual making their own way… Even with what’s going on politically today, where we’re seeing a slick player lawyer who builds a completely false case and knows it will play by manipulating the press and public opinion. We see it today especially with concerns about social media impacting what’s true, what’s real.”

In the story, Billy finds himself defending not just one killer, but a second in Velma, played in the film version by Catherine Zeta-Jones and in the traveling show by Sabrina Harper. Velma’s not about to be outdone by Roxie’s newfound celebrity and wants the same light to shine on her. Harper is intimately familiar with both roles, having played Roxie in shows staged in Switzerland of all place.

“They’re very similar, but also very different. Velma is in a way where Roxie joins in as a fresh, green, new leaf and Velma’s been around… she’s looking to keep up and stay in the business — still being the star and keeping up with the times,” Harper said. “It’s two strong women who’ve committed murder and used their sexuality and fakeness to gain innocence — murder, sex, lies, it’s all part of it.”

Harper sees her take on the role of Velma as being perhaps more powerful and in control than in the movie version.

“I think because she had a sister who she killed, and her husband, I think she was always the one in charge,” Harper said. “Deep down inside, she has a lot of love and passion and vulnerability. In preparing myself for the role I look at her as a star — she’s not a has-been; she is a leader.”

As experienced dancers, Harper and Stevens find the dancing challenges offered by Chicago to be as alluring as the acting.

“A lot of the music is recognizable. It has a familiarity and also a slink sexual quality,” Stevens said. “All these beautiful dancing, acting bodies, all the while there’s this fast-paced funny story… It’s a little bit ribald and a little naughty — there’s not real swearing; there is a lot of implied sexual entendre, but that playfulness makes it a lot of fun.”

“It’s an exciting show; there’s great dancing, beautiful bodies on stage and it’s an interesting story, too,” she said. “The main capture is that we’re going to bring some heat to Anchorage and it’s going to be a great night.”

Chicago the Musical runs through March 23 and tickets are available at https://www.anchorageconcerts.org/