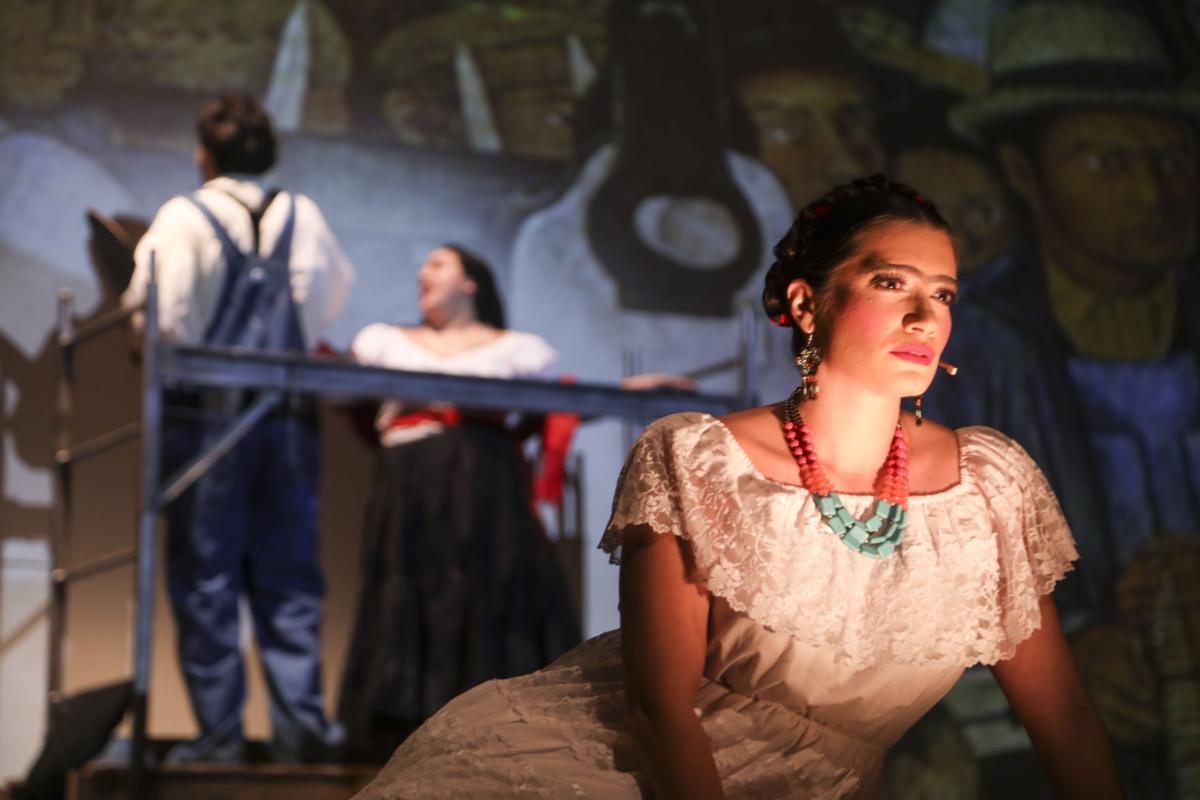 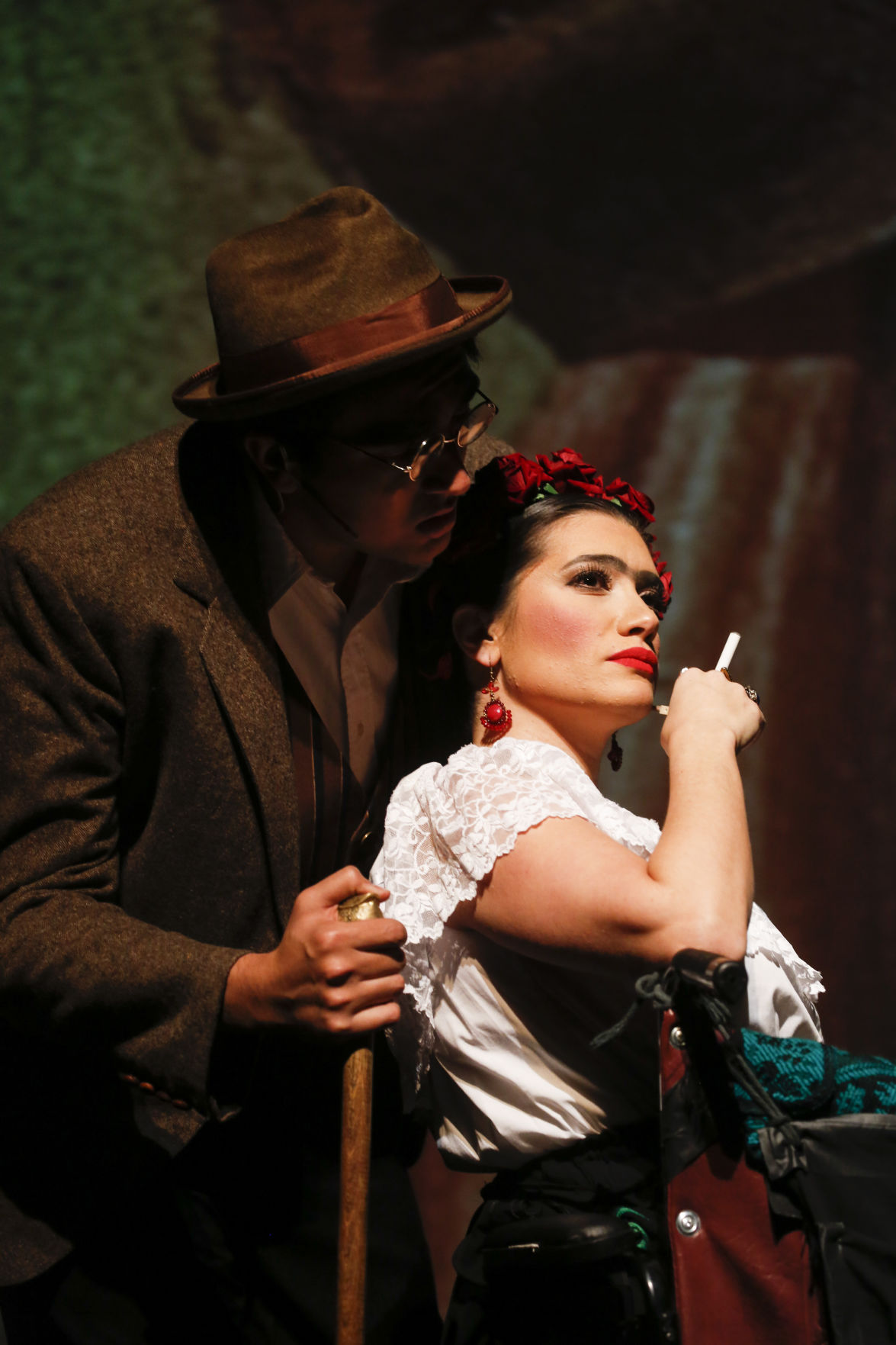 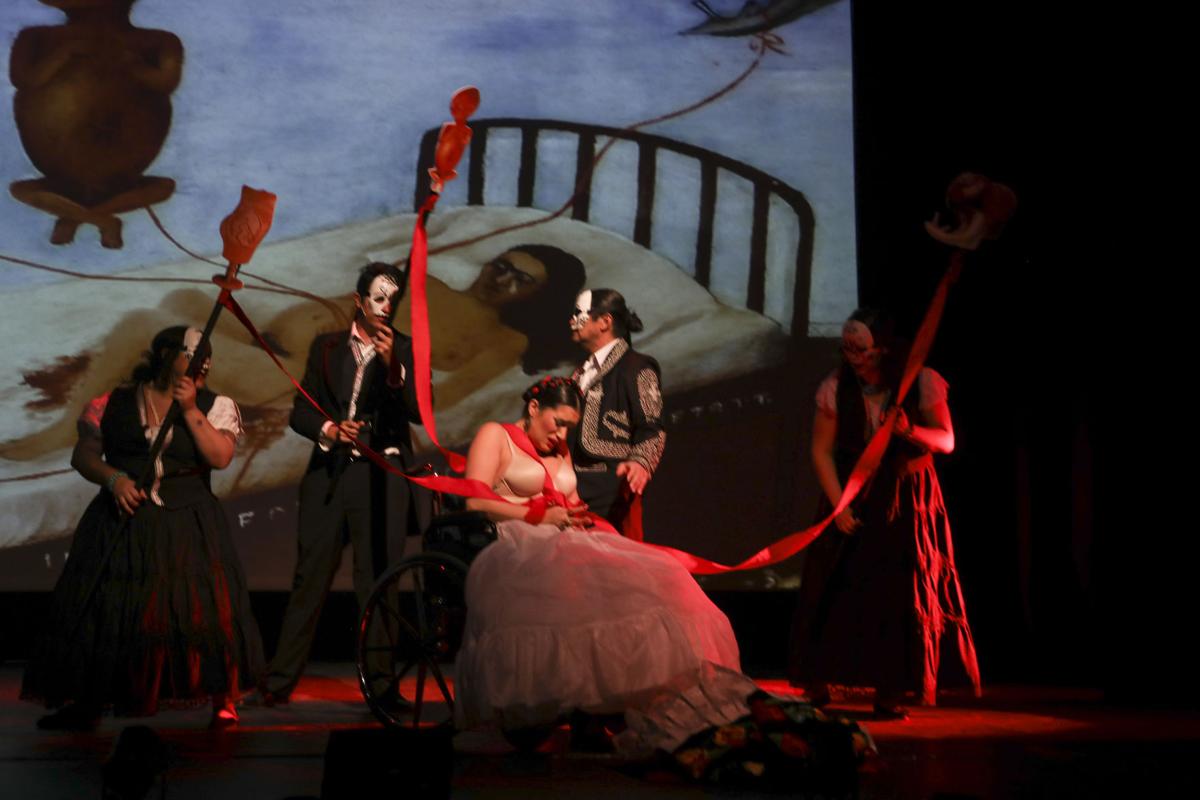 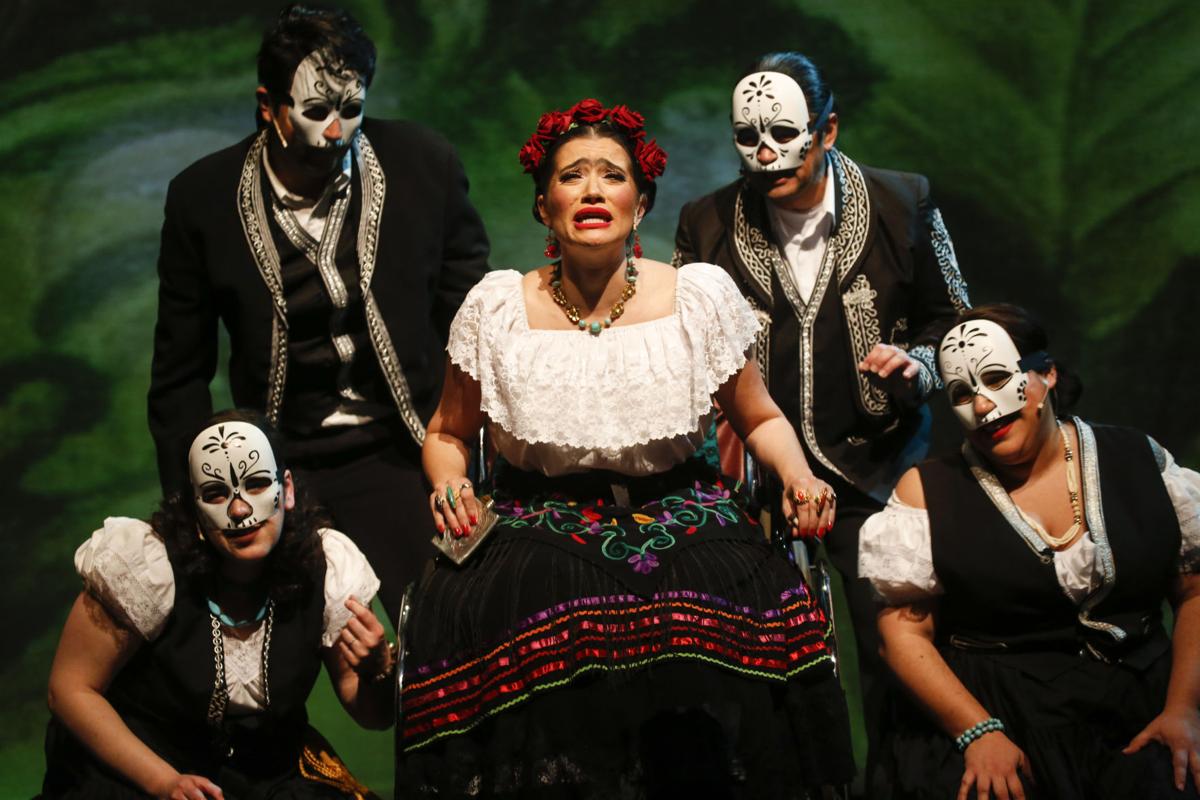 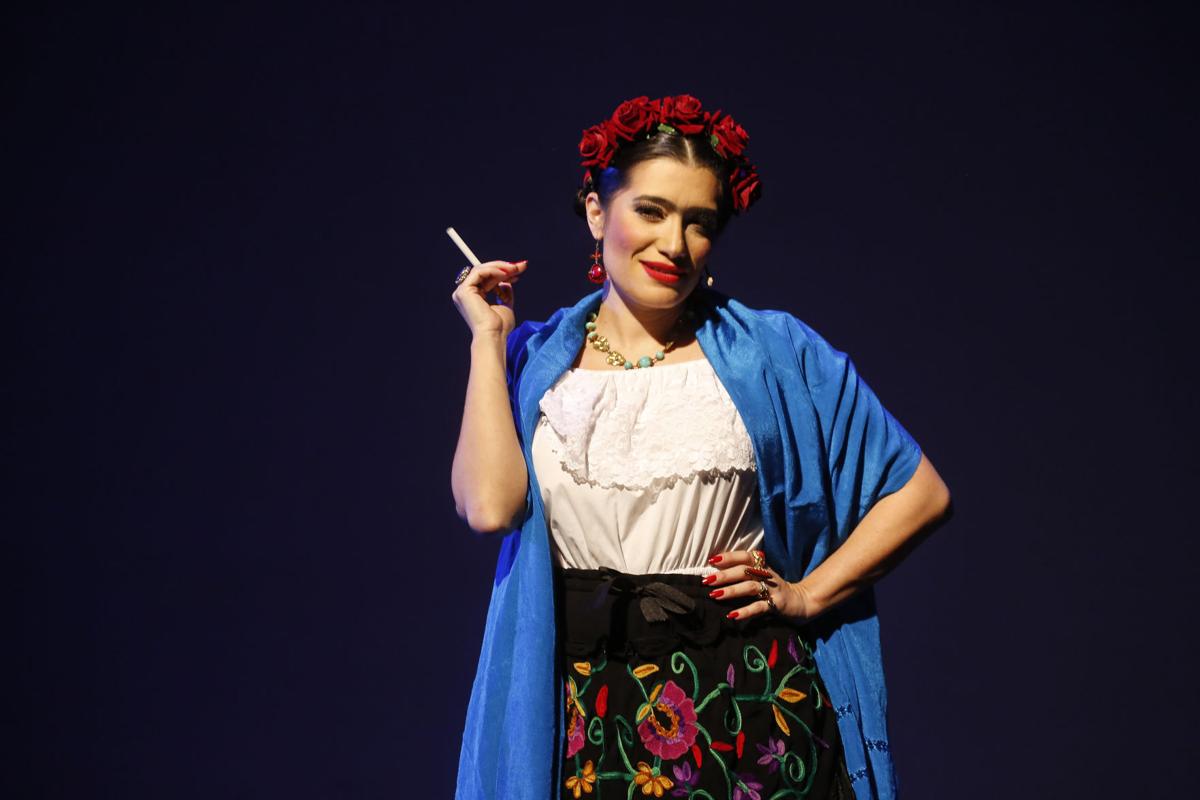 In keeping with tradition, the upcoming Anchorage Opera production takes a more modern approach to opera. In Frida, AO brings new life to Frida Khalo — a great artist, an outspoken feminist, and an Latina cultural icon.

Robert Xavier Rodriguez’s opera premiered in 1991 and has enjoyed somewhat of a revival recently, with performances scheduled here in Anchorage and, as part of an intra-company collaboration, again with California’s Long Beach Opera.

The story follows Frida and Diego’s relationship — one that is, in many ways, the perfect subject for an opera. Opera is larger than life. It’s about passion and drama, the highest highs and lowest lows, and all of these are embodied in their love story.

Frida represented the intersection of a changing world and lived her life to the fullest, despite her volatile relationship with Diego, and personal tragedy — including a violent accident and many failed pregnancies that weighed on her for years. She was openly bisexual, questioned gender roles and norms, was an outspoken feminist and political activist, and was relentless in her pursuit of artistic excellence. She became a hero for generations of Mexican and Latinx artists and activists and, as time passses, her incredible mythology has only grown.

Rivera was an artistic icon in his own right. He came to be known for his expansive murals and was commissioned for works across Mexico and abroad. His fame grew to new heights after being exposed to cubism and expressionism in Europe, which greatly influenced many of his most famous works. His work was synonymous with the communist movement and he often used it as a political tool, finding great inspiration in painting commoners and workers, despite regularly being patron to the wealthy elite.

Accounts of Rivera, even from Frida herself, describe him as a monstrous figure, enormously tall with a bellowing voice and questionable hygiene. Not to be overshadowed, Frida lived a life sometimes charmed, and often cursed.

Soprano Catalina Cuervo and tenor Bernardo Bermudez bring these two larger than life characters to the stage. At a recent Take One event hosted by AO, the two leads and pianist Neda St. Clair performed a few short arias from the opera. The sound world of the piece is a clever playful mix of Mexican folk tunes and bubbling contemporary art song with hints of Puccini lyricism and Wagnerian tension.

Cuervo sang with a dark, smoky tone, and covered a range of more than two octaves as she highlighted the bipolarity and drama of Frida’s life with challenging and intensely expressive technical demands. The music is intense; it breaks the traditional limits of vocal range and demands a real commitment from the two leads.

Cuervo and Bermudez are certainly up to the task. In a sensual duet, the two embraced twisting their bodies and voices together and the vocal lines wove into one another.

In her time, Frida was a prolific, though rather unappreciated genius. In artistic circles, she was renowned for her ability to capture the human form and for her striking self portraits, but it wasn’t until after her death that her work became widely known. After she died in 1954, Rivera took to heavily promoting her work and she quickly grew to international fame. The ultimate irony of their love is that, while in life she lived in his enormous shadow, in death, she towers over him.

Histories of the two resemble legend and together, they rarely had a respite from the drama. There were affairs, and vicious fights, family tragedy and betrayal, but through it all, a commitment to one another that transcended even death. All of this serves as operatic fodder of the highest caliber — and this larger than life relationship between two iconic Mexican artists makes R.X. Rodriguez’s opera Frida a unique concert experience.

This coming weekend, Anchorage Opera presents Frida in the Sydney Lawrence Theater at the Alaska Center for the Performing Arts. Tickets are available at CenterTix.com.