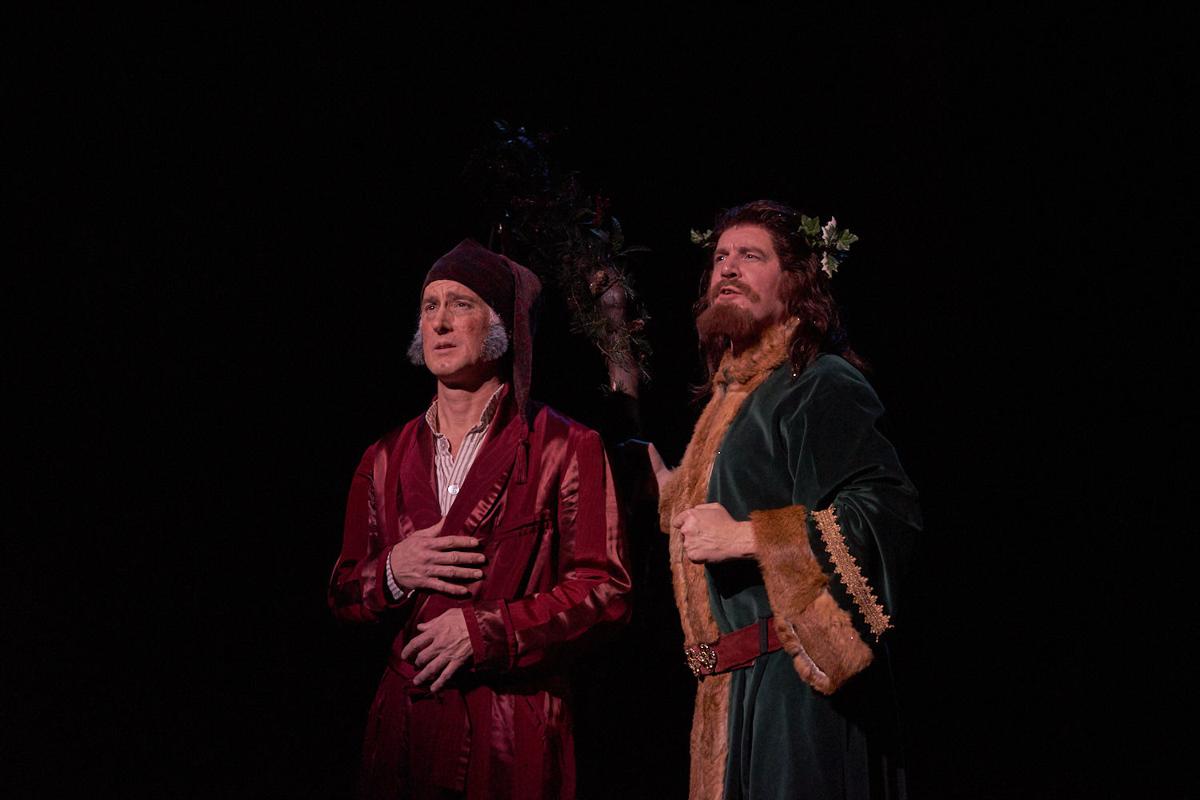 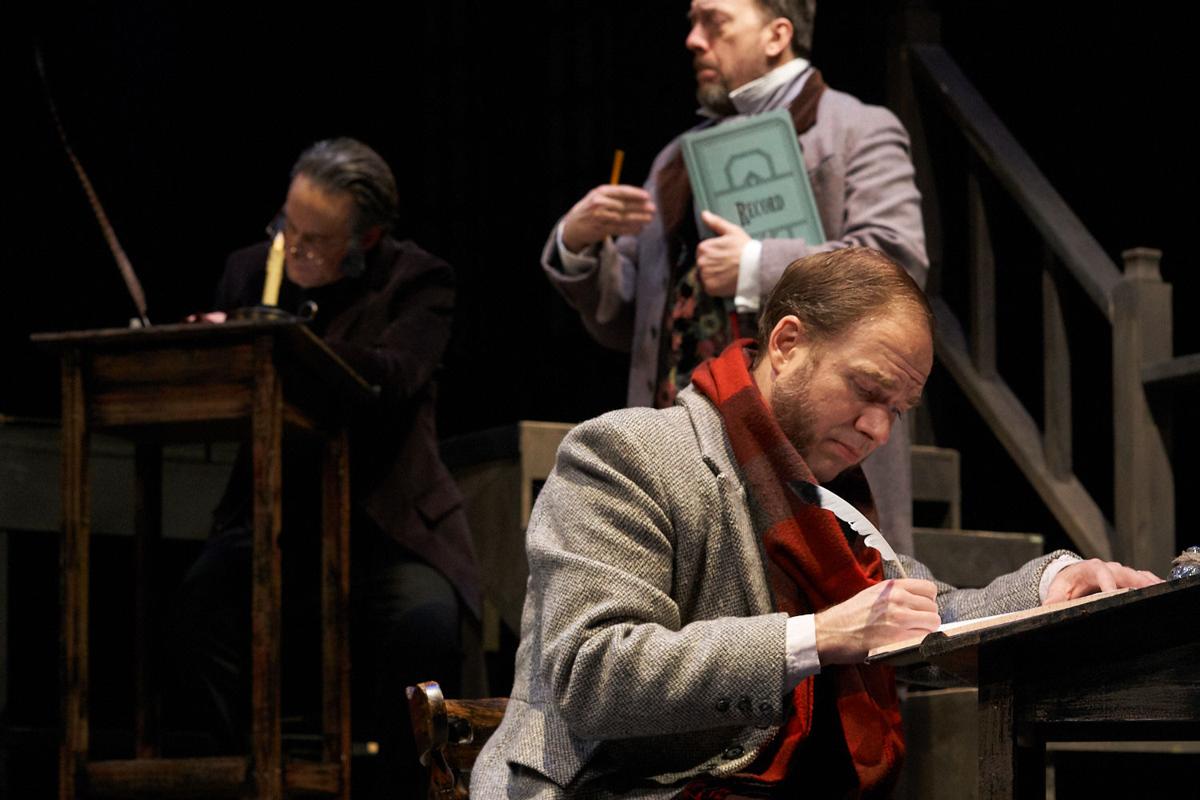 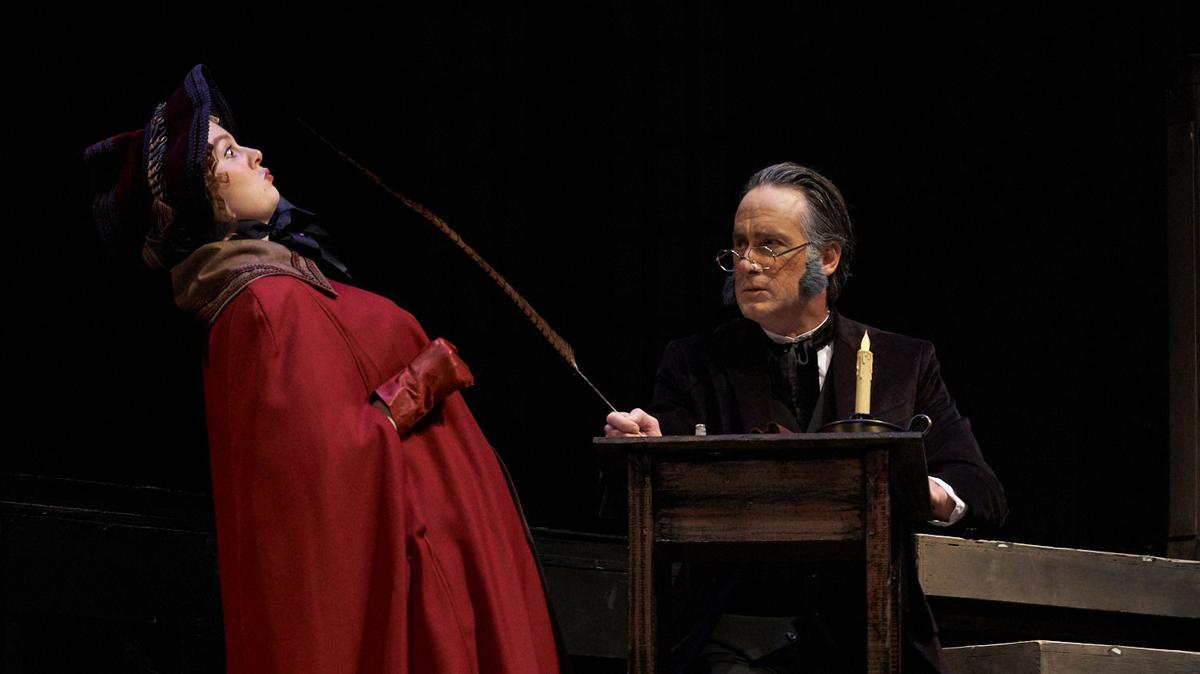 It just wouldn’t be the holiday season without a large-scale production of Charles Dickens’ ‘ A Christmas Carol’ and once again, it’s Juneau-based Perseverance Theater bringing the classic to Anchorage’s audiences Dec. 20-29 at the Performing Arts Center.

Keeping a story 173 years old fresh for audiences, almost all of whom are intimately aware of the storyline, the moral and the plot twist might seem like a challenge, but for director Michael Haney, the secret is sticking to the author’s intention as much as possible.

“We wanted to make one that’s not specific to Anchorage, but for Anchorage audiences,” said Haney, who co-wrote the adaptation a year ago and had previously directed it for 27 years at the Cincinnati Playhouse. “We wanted to keep it under an hour and a half and really move through the story. Most of the adults come to the story knowing the basic facts, but I think it’s also about emphasizing what I think Dickens’ felt was the most important part of Christmas — helping the poor; Christian values.”

That said, Haney said ‘A Christmas Carol’ is one of the least religious of all the Christmas-themed tales.

“The further you get away from what Dickens wrote, the worse the adaptation,” he said. “I like to joke that A Christmas Carol is the second greatest story ever told. What’s the first? Take your pick! It’s a redemption tale and Dickens was very concerned with the plight of the poor in England at the time. It’s very reflective of what’s going on today. The gap between rich and poor is getting bigger and bigger.”

J. Todd Adams returns in his role as Ebeneezer Scrooge. It was the veteran actor’s first time in the role since graduate school, after playing the role of Bob Cratchit in his other appearances. He thinks experienced audience members will appreciate the pace of this year’s show.

“We’re really tightening up the show; it’s 15 minutes shorter, but not by cutting out a lot of stuff, just moving the story along,” he said. “I’ve been enjoying that a lot; it’s little changes, tone changes that help set the mood in a different way.”

Well versed in the many iterations of the story through the years, Adams considers Albert Finney’s ‘troll-like’ take on Scrooge in the 1970 musical adaptation to be a slight personal favorite.

“For me, I’ve got a lot of ‘bah humbug’ in me,” Adams said. “What is all this garbage people are telling me about Merry Christmas? That stuff is for suckers! Of course, through his experience with the ghosts, Scrooge is able to say, ‘oh gosh, look at what I’ve missed in life.’ You get to do his whole transformation at the end; he’s so giddy and he’s not used to being giddy.”

Haney appreciates the effort put forth by Adams, who is the only character in the play who never leaves the stage.

“He’s just a terrific actor and he’s working his tail off on this show,” Haney said. “That’s what I love about him; he’s constantly working to find things. J. Todd’s really a wonderful actor and we’re lucky to have him.”

Bob Cratchit, the proletarian protagonist put-upon by Scrooge’s cruelty is being played by Jamie Nelson for a sixth consecutive year.

“The previous Scrooge had a slower style than J. Todd, but J. Todd really sped everything up and yet it didn’t seem to take away from the previous spacing,” Nelson said. “We have some wonderful actors in this cast, especially the young Scrooge and Belle — they put that relationship in a special light.”

One major change in the cast year-over-year is the role of Tiny Tim, now played by 6-year-old Hanna Lundebye, a first-grader at Pacific Northern Academy. She said she saw last year’s rendition and upon hearing a friend of hers was going to try out for the cast, decided to do the same.

“I like all of it,” she said, adding that her favorite part of playing the role is that she ‘gets carried a lot.”

Hanna said she doesn’t get nervous on stage during talking roles, but does somewhat when she’s standing or having to dance.

“She’s 6 and it’s hard to (find actors) below 6, but God, she’s cute as a button and she’s really good,” Haney said. “I like working with children because if you treat them like adults, talk to them like adults, they get it, and nobody plays better than children — it’s all make believe to them (anyway).”

Nelson said he hopes ‘A Christmas Carol’ can be a salve to mend in these tense times where even well-fed and mostly comfortable folks can hardly stand others with different political beliefs.

“It feels like the message is almost more important now than ever before — being kind to one another. In today’s political climate — especially with social media — people resort to insulting each other when they disagree,” he said. “The main message is to carry that love and energy all year-round; don’t wait to be nice to each other when it’s the season to do so. Especially when you unpeel the layers of Scrooge and see who he is (at the end). Everyone has those internal struggles and you don’t get to see those spelled out on the stage, so it’s nice to be reminded of that.”

“You see a lot of glitzy productions… It’s become commercialized, just like Christmas,” Haney said. “If we can get back to (Dickens’) story, even though it was probably the biggest commercial success for Dickens, the heart of the story is pure — take care of your fellow man… Dickens says it in the play — we’re fellow passengers to the grave, so while we’re on that journey, we care for each other.”